Economics Professor Emmanuel Farhi, Who Wielded His Intellect for Public Good, Dies at 41 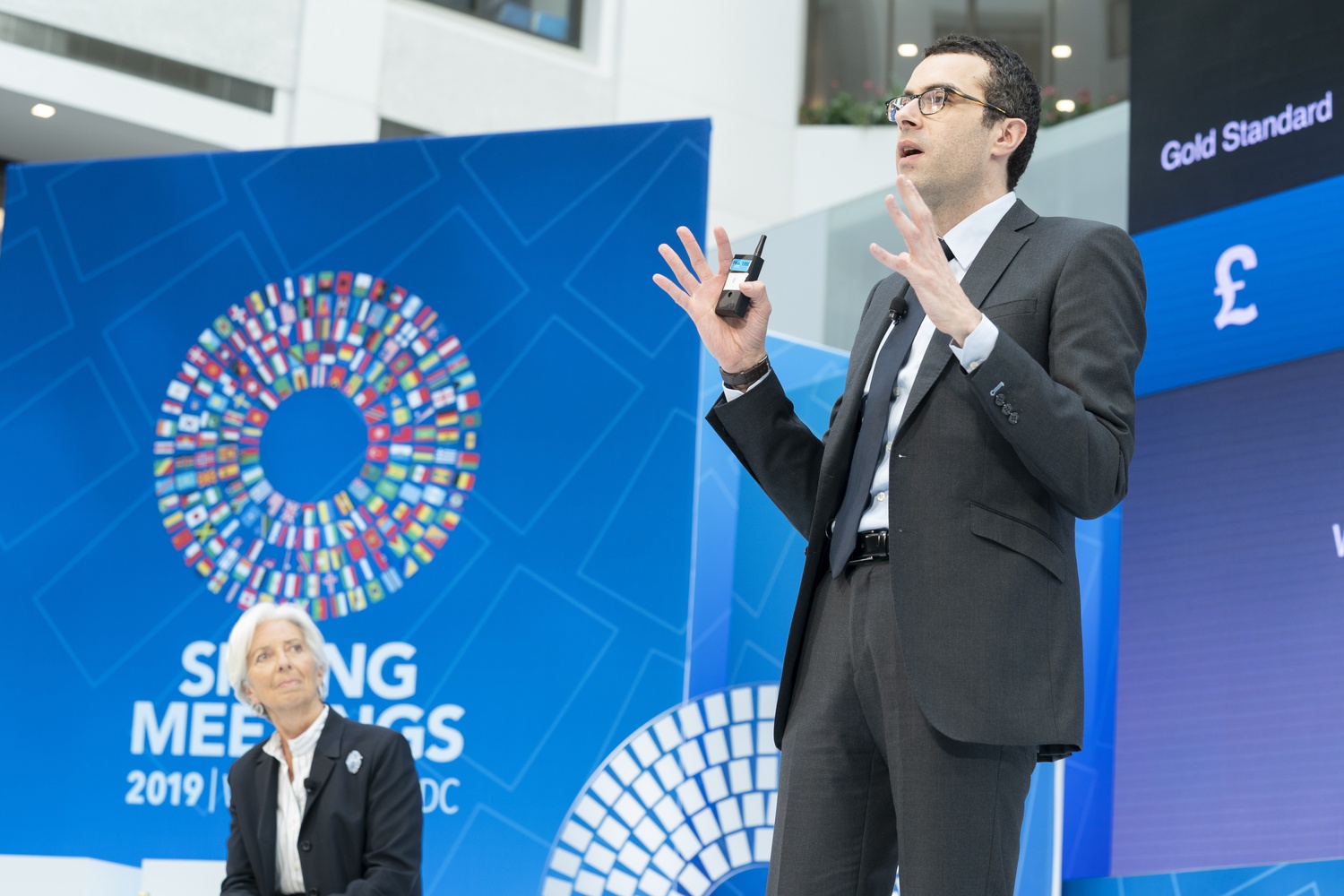 Hailed by the French government and several of his peers as one of the best economists of his generation, Harvard economics professor Emmanuel Farhi never let his talent go to his head.

He instead struck his friends and colleagues with his kindness, humility, and unflinching dedication to public service. Just last month, Farhi worked to help governments recover their economies during the coronavirus pandemic.

Farhi died unexpectedly on July 23 at the age of 41.

Born in 1978 in Paris, Farhi nearly brought his talents to a different field — physics. He won the Concours général, the top academic competition in France, in the subject at age 16, and placed first on the national entry exam to one of the country’s top engineering schools.

He ultimately chose to attend the École normale supérieure, another top graduate school. He graduated from a highly prestigious program training the next generation of French technocrats in France in 2005, as well earning a Ph.D. from MIT in 2006.

Farhi joined the Harvard faculty as an assistant professor the same year. He earned tenure in 2010, three years faster than most faculty.

Farhi retained ties to his native France, serving on the Council of Economic Analysis to French Prime Minister François Fillon from 2010 to 2012 and as a fellow at the Toulouse School of Economics. He recently agreed to serve on a commission of economic experts to French President Emmanuel Macron.

He won the 2009 Bernacer Prize for the best European economist under the age of 40, the 2011 Malinvaud Prize from the French Economic Association, and was named one of the top 25 Economists under 45 by the International Monetary Fund in 2014.

In a statement upon his death, the Elyseé, France’s presidential palace, said Farhi “could have one day won the Nobel Prize.”

“Farhi was not only a man of ideas,” the palace said. “He was a man of action, for whom research only made sense when put in the service of the progress of all.”

Harvard Economics chair Jeremy C. Stein said Farhi was touted as a star when the department hired him, growing into the “leading macroeconomist of his generation.”

“We’ve got a lot of smart people in the department, but he stood out,” Stein said.

Farhi had such an “enormous work ethic” that the areas in which he left his mark are “overwhelming,” Stein said. Farhi’s most recent CV lists 14 working papers and 42 publications in the last 15 years, most in leading economics journals.

He was one of the world’s leading experts in safe asset scarcity — a shortage of assets that maintain face value during crises, such as a global recession or pandemic. He also produced groundbreaking work on government regulation when interest rates are low and macroprudential regulation.

Economics professor Gita Gopinath, who is on leave while serving as chief economist of the International Monetary Fund, called Farhi the “Samuelson of our generation,” referring to the 20th century economist who reshaped the field.

“A rare genius who wielded the power of economic theory to tackle difficult issues of our time and create solutions to make the world a better place,” she wrote in an email.

“Imagine the loss to economics if Samuelson had died at the age of 41,” Gopinath wrote. “That is what we have lost with Emmanuel’s passing.”

In an obituary in Le Monde, Nobel Prize-winning economist Jean Tirole, who worked with Farhi since he was a doctoral student, wrote that Farhi published papers that “transformed Keynesian macroeconomics.”

“He did so by analyzing the conditions of its validity and its limits, never falling into the trap of thought-hindering prior beliefs,” Tirole wrote, according to a translation which his office provided to The Crimson. “His work, which will continue to be relevant in the post-Covid economy, had a sole purpose: contributing to the common good and improving our economic policies.”

Since much of Farhi’s work centered around analyzing the effects of economic shocks, the COVID-19 pandemic presented an opportunity for him to apply his theories to helping the public.

“He really cared about the toll that this was taking on real people and doing the best we could to help make our small contribution towards solving these crises,” Stock said.

While the goals of the project remain vital, pushing forward without Farhi will be near impossible, Stock said.

He added that Farhi was also advising several governments in Europe on how to recover their economies.

“It was pure public service, it wasn’t like he was doing this to publish a paper or anything like that,” he added.

MIT economist Iván Werning, one of Farhi’s close friends and collaborators, wrote in an email that Farhi’s “pathbreaking work” was always “motivated by the world around him.”

“Emmanuel was building the foundations for thinking rigorously about many crucial policy questions that impact the daily lives of people,” he wrote.

Farhi’s models provided a theoretical foundation for policymakers to answer critical questions, such as whether to tax capital or inheritances, how to regulate financial institutions, and how to set interest rates, Werning wrote.

“Without a doubt, he was a leader at the very top of the field, admired and respected by everyone. It is a huge loss and it will not be the same without him,” he added.

Beyond his work, however, Werning wrote that Farhi was an “extremely kind person.”

“Respectful and warm, he cared deeply about others,” he wrote. “On the outside, his brilliance and insightful comments could make him appear intimidating to some, but if you got close to him you would immediately see his compassion and interest in others.”

“I learned every single day from the nobility and integrity with which he lived his life,” she said.

Ashraf said she felt Farhi gained that deep sense of compassion for the suffering of others through his father, who escaped religious persecution in Egypt. His mother, meanwhile, instilled in him feminism “at his fundamental core.”

“He wasn’t a feminist that kind of just spoke about feminism,” Ashraf said. “He believed that truly women were equal and he never wanted to kind of have any sense that he was lowering standards for women.”

Several of Farhi’s students said his humility and compassion extended to their interactions with him.

Veronica De Falco, one of Farhi’s advisees at Harvard, said he always pushed her and other advisees to be “the best version of themselves.”

“Having him as a mentor didn’t mean only that you could get the best advice on how to develop your own research,” she said. “It also meant to have someone that truly believed in your potential, and your opportunity to contribute to academia and research and the world.”

Farhi had an “extreme open-mindedness” that allowed him to challenge deep-rooted structures with his own work and listen to others’ ideas without preconceptions, De Falco said.

“His way of doing research should inspire people to look at where we come from in terms of knowledge, why do we think about things in a way and not in the opposite way,” she said.

“He was hard to follow in some ways,” he said. “I think what the hallmark of his work was just sort of his — it was marked by his sheer brilliance.”

“I know he inspired many students and I think the topics that he opened up will be topics that people work on, but I don't know that there’s going to be any sort of obvious imitators — anybody who can sort of take the mantle quite in the same way,” he said.