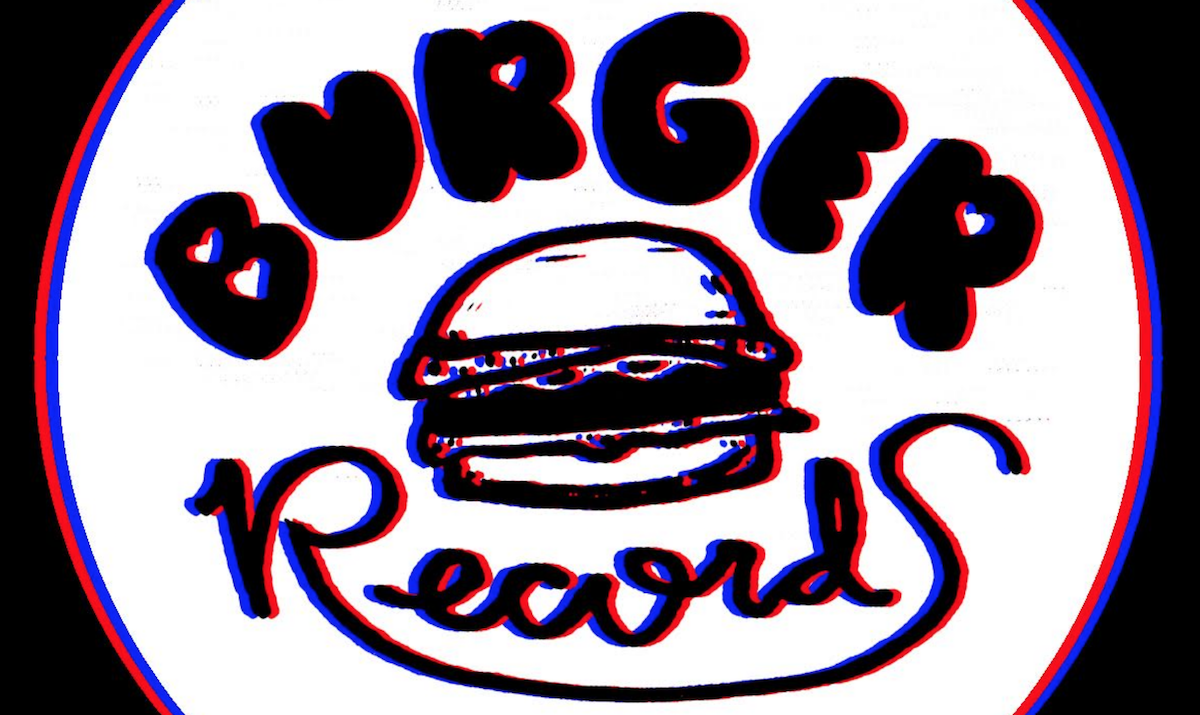 Indie music is often seen as the soundtrack for young people. It’s touted as a space open to women and filled with “male feminists” — a place for forward-thinkers unbothered by what’s mainstream. Unfortunately, open-mindedness isn’t an antidote to toxic masculinity, and consequently, to sexual abuse.

Despite any shallow attempts to appear otherwise, the general indie music scene has always been a male-dominated space, and a mostly white and heteronormative one as well. From its inception as an evolution of 1970s punk rock, indie and alternative music represented an alternative avenue for men to play music without the worry of conforming to the “mainstream,” a space where fuzzy guitars and infectious riffs reigned supreme. Though the concept of indie brought with it a certain brand of freedom to experiment and exist away from the typical constraints of popular music, that freedom was only allotted to certain groups. Women, and most marginalized groups for that matter, were hardly allowed into indie spaces. When they were, it was rarely with the same freedom enjoyed by its white male proponents.

In the ‘90s, at the beginnings of the modern-day indie scene, movements like The Riot Grrrls dedicated themselves to fighting against the male-dominated aspect of indie and punk scenes and creating safe spaces for women at their shows. After experiencing sexual assault themselves, at shows and elsewhere, they encouraged all-girl moshpits, warned other women in their scene about dangerous or predatory musicians, and actively supported survivors of sexual assault. Still, the same problems that they faced then continue to plague female artists and fans 30 years later. Women in music, women like Clementine Creevy of Cherry Glazerr and Lydia Night of the Regrettes, continue to face a culture rife with sexual misconduct and abuse.

Creevy, like many women in the indie scene, alleges that she experienced abuse when she was much younger than her abuser, according to a now-deleted statement on July 15 quoted in Brooklyn Vegan. As the statement alleges, the abuse began when she was a 14 year old girl in high school and Sean Redman, the recently-dropped bassist for post-punk band The Buttertones, was 20. "Sean treated me badly,” she alleged in the Instagram statement. “He was emotionally volatile and selfish. He was also very threatened by my feminism and feminism in general, and he also gave me gonorrhea because he never used protection when he cheated on me. He is a narcissist and a predator.” She continued: “Countless women I know have had experiences like mine with male musicians and it is heartbreaking and infuriating that young girls wanting to play music or see music should ever have to endure being sexualized by older male musicians in the scene - it is disgusting and it needs to end now."

Indeed, both following and prior to Creevy’s statements, other women have come forward with accounts of alleged abuse by Redman’s bandmates that they experienced when they were teenage girls. Chloe Razink, for example, posted on Instagram before Creevy did to recount her own alleged experience being groomed over text and made uncomfortable in a sexual encounter with Redman. Another woman whose band would play with The Buttertones detailed her alleged sexual misconduct from lead singer Richard Araiza in an Instagram post. “So many men in bands are predatory to young women and it’s disgusting,” she wrote, “Do not support The Buttertones. I am so sorry for their victims of assault and I hope that these men learn from their mistakes and can get help to better themselves and stop this predatory behavior.”

The Buttertones did not respond to a request for comment.

Night, like Creevy, was much younger when she allegedly experienced abuse from Joey Armstrong of punk-rock band SWMRS. When she was 16 and he was 22, she reported that she began a relationship with Armstrong after he reached out to her to offer the Regrettes a spot on SWMRS’ upcoming tours. In her Instagram post on July 22, Night described that it quickly became a relationship which she now describes as toxic and built on “emotional abuse and sexual coercion by someone in a position of power.” Because Night was a minor throughout the entire time she says they were together, she reports that Armstrong would encourage her to keep their relationship secret, which often meant that the power he had over her, as both an older man and a member of a successful band, could go unchecked. “This created an isolated mindset where I felt alone,” she wrote, continuing to describe how after their relationship ended “it felt like SWMRS and their team were doing anything they could to exert power and punish [her]” when SWMRS and the Regrettes were on tour together.

“I respect her immensely and fully accept that I failed her as a partner. I was selfish and I didn’t treat her the way she deserves to have been treated both during our relationship and in the two years since we broke up,” Armstrong said in an Instagram statement addressing Night’s allegations. “I have apologized to her privately and I hope she can forgive me, if and when she is ready to do so. I own my mistakes and will work hard to regain the trust that I lost.”

Both SWMRS and The Buttertones were previously associated with Burger Records, an independent DIY record label from Fullerton, California known for its cassette releases and live shows. The now-defunct label has recently come under fire due to sexual assault allegations against its staff and several of its bands, including SWMRS, The Buttertones, The Frights, The Growlers, and Cosmonauts.

“I’m a Burger predator!” reads a redesigned Burger Records logo in the first post on @lured_by_burger_records, an Instagram account dedicated to “amplifying voices and supporting victims of sexual predation by those involved with Burger Records.” First created on July 18, the Instagram account has grown to amass over 37,700 followers. Its posts feature multiple stories from women who describe alleged abuse from Burger Records staff and the artists they represented, many of them women and young girls who were allegedly groomed, harassed, and lured into unsafe spaces during tours, festivals, and in-store performances. As detailed by the account, it was common to see young girls invited to back rooms or vans to drink and take drugs with men who were much older, sometimes almost twice their age. “The people at Burger Records created a cesspool of trauma by allowing these men [in the Burger music scene] to prey on children…. Burger Records was catering to these young and vulnerable people en masse, taking their money, and allowing them to be lured in by predators,” reads a post on the account.

Following these allegations, Burger attempted to rebrand itself as BRGR RECS and released a plan for moving forward, including the creation of an all-women imprint named BRGRRR. They also planned a fund to support treatment for women suffering from trauma as a result of the abuse they faced within the Burger scene, and stated that they would designate ‘safe spaces’ for women at upcoming shows and festivals. The president and co-founder of the label, Lee Rickard, also stepped down from his post.

Sean Bohrman, co-founder of Burger Records, did not respond to a request for comment.

While these are all moves in the right direction, it is not enough. A label so steeped in sexual abuse and misogyny, known for representing numerous bands with credible accusations of sexual assault cannot simply take out some vowels in its name and move on. It is not enough to jump to hypothesized plans and “safe spaces” without first fully publicly acknowledging the hurt and trauma caused directly by the label and its affiliates.

Surrounding the release of their plan, Burger Records turned off the comments on their Instagram where survivors were coming forward with stories of abuse before deleting their Instagram account altogether, thus silencing the survivor’s voices. For this and their planned moves towards a purported accountability, Burger received sharp criticism on social media. Once the label’s new interim president, Jessa Zapor-Gray, decided to step down, Burger Records shut down completely and is in the process of removing their music from streaming platforms.

The issue of sexual abuse, predation, and a general abuse of power in indie music, however, does not start or end with Burger Records. In the ‘90s, the Riot Grrrls focused much of their careers protesting these very same structures, yet the problems persist. In 2017, with the wake of the #MeToo movement, indie music scenes were again held up to the microscope. Musicians with allegations against them, like solo artist Alex Calder and guitarist Matt Mondanile of indie band Real Estate, were dropped from their bands and labels. Even following the whirlwind of Burger allegations, new stories have emerged. On July 30, indie label Subpop dropped alternative artist Avi Buffalo following accusations of rape and emotional abuse by fellow artist and collaborator Rebecca Coleman of the band Pageants. And still, how many more unheard stories are there?

No matter how “woke” or welcoming indie music may want to seem, it is not free of the same power structures and culture of toxicity that occur in more mainstream scenes. To pretend otherwise and turn a blind eye to the history of abuses in spaces like the Burger scene is to become complicit within these structures, and to perpetuate the abuses that stem from them. As journalist and former DJ Liz Ohanesian says of the indie music scene, “This is the world where guys rule. Indie rock is the one place where you can have male Sleater-Kinney fans mansplain to you.” Despite the surface-level “wokeness” of men who listen to all-women bands like Sleater-Kinney, however, the performative liberalism in these spaces only serves to mask the fact that the indie genre has historically been and still is male-dominated, thus warranting the same degree of reckoning and accountability as any other male-dominated space.

Dropping abusers from labels marks a step in the right direction, but it is not nearly enough to count as true accountability or justice for survivors. This is particularly true when abusers are so often able to resume their careers after short hiatuses or lengthy Instagram apologies. After Evan Stephens Hall, the lead singer of alt-country band Pinegrove, was accused of sexual misconduct, the band needed only to take a break for a year before bouncing back with an entire tour. Clearly, indie music has yet to collectively reckon with the long history of misogyny and abuse that comes with the scene. Until that happens, older artists will continue to groom and prey on teenage fans, and up-and-coming female artists will continue to be held in positions of submission or coercion relative to older, more established, and more powerful male artists or industry executives.

Indie music scenes must work actively to make their spaces open to and safe for women. This is not done solely by re-branding labels accused of systemic abuse and misogyny or creating designated ‘safe spaces’ specifically for women — which serve more as a corral to keep othered women and girls in than as a meaningful step towards inclusivity. Scenes must instead hold abusers truly accountable, condemning not just the abuse itself, but the cultures that feed, enable, and cover it up.