‘Under the Rainbow’ Turned Me Straight 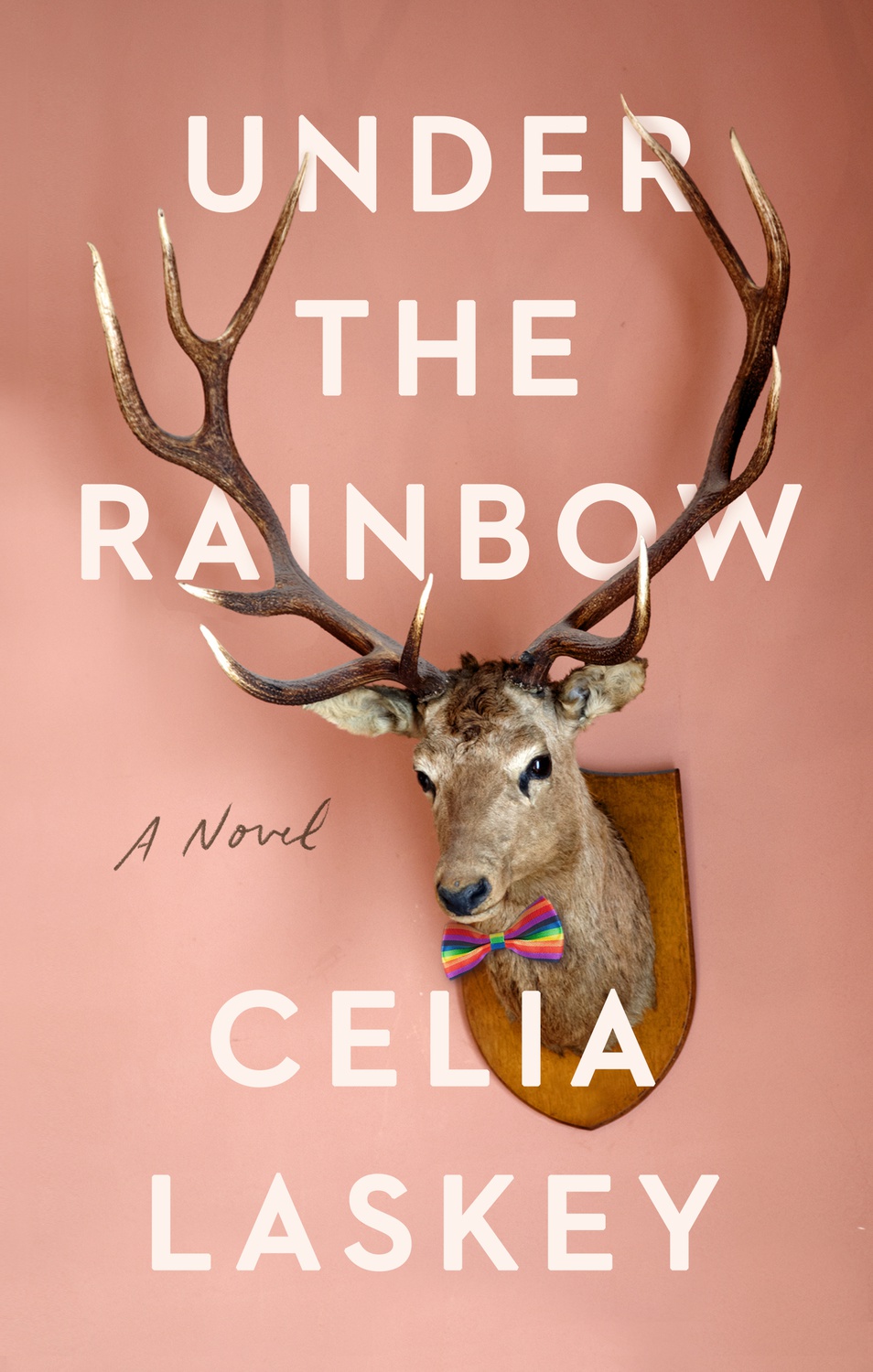 Cover art for "Under the Rainbow" By Courtesy of Penguin Publishing Group
By Ezra H. Lebovitz, Crimson Staff Writer

In the first chapter of Celia Laskey’s “Under the Rainbow,” a lesbian named Tegan, wearing a jacket that says “vulva,” says that when LGBTQ+ people are in charge, “we’ll all stand by doing nothing as [straight people] get beat up and raped and murdered all because of who they fuck.” A few paragraphs later, gay man David says, “teenage girls in small towns are even cattier than gay men” before walking away to put Mariah Carey on the stereo.

“Under the Rainbow,” Laskey’s debut novel, follows an activist circle that volunteers to spend two years in Big Burr, Kansas, a fictional place rated as the most homophobic town in the US. Each chapter is written in the perspective of a different individual who is impacted by the group’s presence in some way — a lonely elderly woman who befriends one of the activists, a married man uncovering his sexuality, or a woman questioning whether she wants children — and spans the course of the group’s two-year stay in the town.

Laskey herself is a lesbian, and she describes the book on Twitter as her “gay child.” While Laskey’s attempt at a reckoning with homophobia is certainly admirable, the book itself ultimately comes across as simplistic, vague, and lacking in serious critical thought. In some ways, the novel is reminiscent of hit TV series “Glee” or a badly scripted after-school special: It tries to take on a variety of serious issues without the ability to level serious social critique, instead landing the piece firmly in the domain of the moralistic and cheesy.

The flat, archetypal characters are one of the novel’s most egregious flaws. The cast largely consists of undeveloped people who lack dimensionality and personability. The novel also perpetuates a number of troubling tropes, such as a daughter who feels shamed for her heterosexuality by her lesbian mother and a middle-aged gay couple who can only have sex with a third party present. It also follows a recent trend of cisgender characters acknowledging a nonbinary character’s gender only after they are unable to categorize them as either male or female. This trend fosters a depiction of non-binary identity where individuals are required to “pass” perfectly in order to ease cisgender characters into the recognition of nonbinary identity.

Certainly, there are indeed people who conform to these stereotypes: there are gay men who love Mariah Carey, lesbians who wear vulva jackets, polyamorous gay couples, and bored housewives who commit minor arson. But why, one has to wonder, are these the only people who seem to populate Big Burr in Laskey’s novel?

There is also a legitimate place for queer rage in the novel. But why is it tossed aside as a threat, as a joke, as an act of violence on par with legitimate homophobia?

If these character templates are meant as in-jokes for the LGBTQ+ community, the humor fails to come across. Beyond that, it seems clear that the book is at least partially designed with cisgender, heterosexual audiences in mind: Even within the text, LGBTQ+ characters often function exclusively as a way to teach straight people about homophobia, themselves lacking authentic individual development. Laskey portrays the majority of gay people as catty, narcissistic urbanites with a savior complex who hate (or at least condescend to) heterosexuals.

Meanwhile, the book’s writing itself is stilted and heavy handed, marked by its rigid, predictable prose. Laskey’s use of exposition is sloppy and obvious, while the plot development lacks both form and motion. Additionally, while the use of multiple perspectives helps showcase a variety of voices, it also results in a lot of sudden turn-arounds, loose ends, and inconsistent character development, undermining the book’s narrative shape.

In addition to the simplistic depiction of LGBTQ+ characters, Laskey’s portrait of small-town, rural life reads more as condescension than serious analysis. Laskey, who grew up in a college town near Portland, Maine, creates a patronizing image of middle America disconnected with the reality of rural life. The book seems to reduce homophobia to a rural/urban divide, feeding into narratives of wealthy and urban gays versus poor and rural heterosexuals that are functionally divisive and simplistic, perpetuating hateful rhetoric.

The book also fails to account for the question of whiteness in any real way, besides a few quips that come off as awkward and out-of-place. This absence is hard to justify when talking about conservatism in rural America. There are clearly attempts at inclusion and acknowledging race, but they remain on the individual level, such as references to cultural food or references to racism which primarily serve to educate and relate to white characters.

In general, characters of color are treated as tokens that exist largely for the development of their white counterparts. Homophobia, too, is dealt with on a relatively simplistic scale: The novel presents a world where homophobia would be solved, at least partially, if every farmer were forced to get a cup of coffee with a gay person, neglecting the reality of systemic, violent homophobia.
“Under the Rainbow” is not nonfiction, nor is it academic analysis, and it should not be asked to do that work. At the same time, its reductive approach to serious, nuanced questions of contemporary homophobia and racism undercut any legitimate work it attempts. Beyond that, the prose and narrative form are themselves weak and inconsistent, leaving it absent of complex critique or personally compelling story, while the characters remain flat and difficult to root for.

One has the sense that “Under the Rainbow” is designed as a boundary crossing, unifying force that transcends homophobia. Unfortunately, the execution is lacking: The novel leaves its audience with a read that ultimately comes across as didactic and unexciting, with relatively little to offer the growing canon of contemporary LGBTQ+ literature.

—Staff writer Ezra H. Lebovitz can be reached at ezra.lebovitz@thecrimson.com.