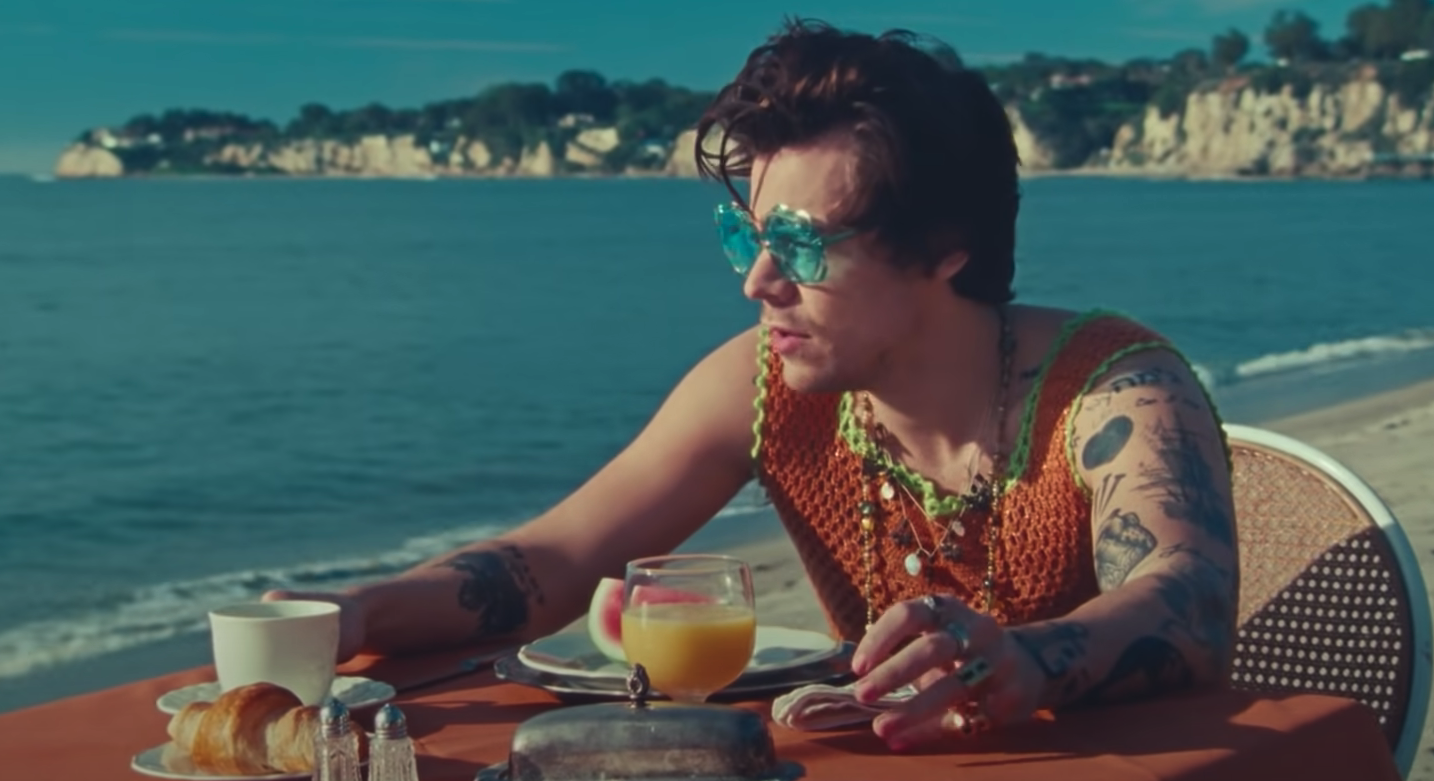 Harry Styles in his music video for 'Watermelon Sugar.' By Courtesy of Harry Styles/SME/Vevo
By Jamila R. O'Hara, Contributing Writer

For better or for worse, summer 2020 has been one for the books. Never has it felt like so much and so little has happened in such a brief period of time. Here are a few musical selections that capture various elements of this strange, strange summer.

This spirited, superstar-powered collaboration between Houston natives Megan Thee Stallion and Beyoncé is perhaps one of the biggest contenders for the coveted position of “Song of the Summer.” Beyoncé puts a fresh spin on Megan Thee Stallion’s smash hit, already the backing track of TikTok’s most viral dance in the post-“Say So” era of choreography.

Admittedly, this song gives off more spring vibes than summer vibes: It’s a nice throwback from the early days of quarantine, when whipped coffee, banana bread, and hopeful naiveté reigned supreme. Still, its funky baseline and cheerful tone make it a bop appropriate for the hotter months, even as BENEE sings about crippling loneliness. A social distancing anthem for sure.

Although Harry Styles’ sophomore album “Fine Line” was released in the winter of 2019, several of its tracks are perhaps better suited to the warmer weather. The laidback sound of “Watermelon Sugar” effectively evokes the sensuality and warmth Styles describes in the lyrics. Bonus points for an undeniably summery — and less-than-subtle — music video that inspired many a live-tweeted breakdown across Styles’s fanbase.

Glass Animals’ album “Dreamland” is a wonderful entry into the soundtrack of summer 2020, and the single “Heat Waves” is perhaps its best embodiment of summer vibes. Its vivid imagery, glossy sound, and bouncy melody capture the very essence of the mid-June late nights Dave Bayley sings about and makes the track a definitive hot weather anthem. “Heat waves been faking me out,” indeed.

This abrasive track doesn’t exactly scream summer vibes, but there’s a case to be made for it. A staple of what many deem “alt TikTok,” there’s something to be said for the bizarre catchiness of “money machine,” which blew up on the internet this summer despite being released last year. The track is fun, energetic, and utterly jarring: It’s comforting chaos for even more chaotic times.

Lil Mosey’s highest charting single to date peaked at number 8 on the Billboard Hot 100 this summer, and it’s easy to see why. The hit is undeniably danceable and its bouncy, infectious hook just screams summer. Block party vibes for your bedroom.

A musical report of summer 2020 would be incomplete without a selection from Taylor Swift’s “folklore,” which was written and recorded in a burst of quarantine productivity the rest of us can only dream of. Taylor gave us so much with this album, but “august” seems the most appropriate conclusion to this playlist for obvious reasons. Its melancholy mood is a healthy dose of summertime sadness, ideal for reflecting on months spent in quarantine, right as August slips away into a moment in time. Taylor was onto something there.