‘Project Power’ Neither Shocks Nor Electrifies 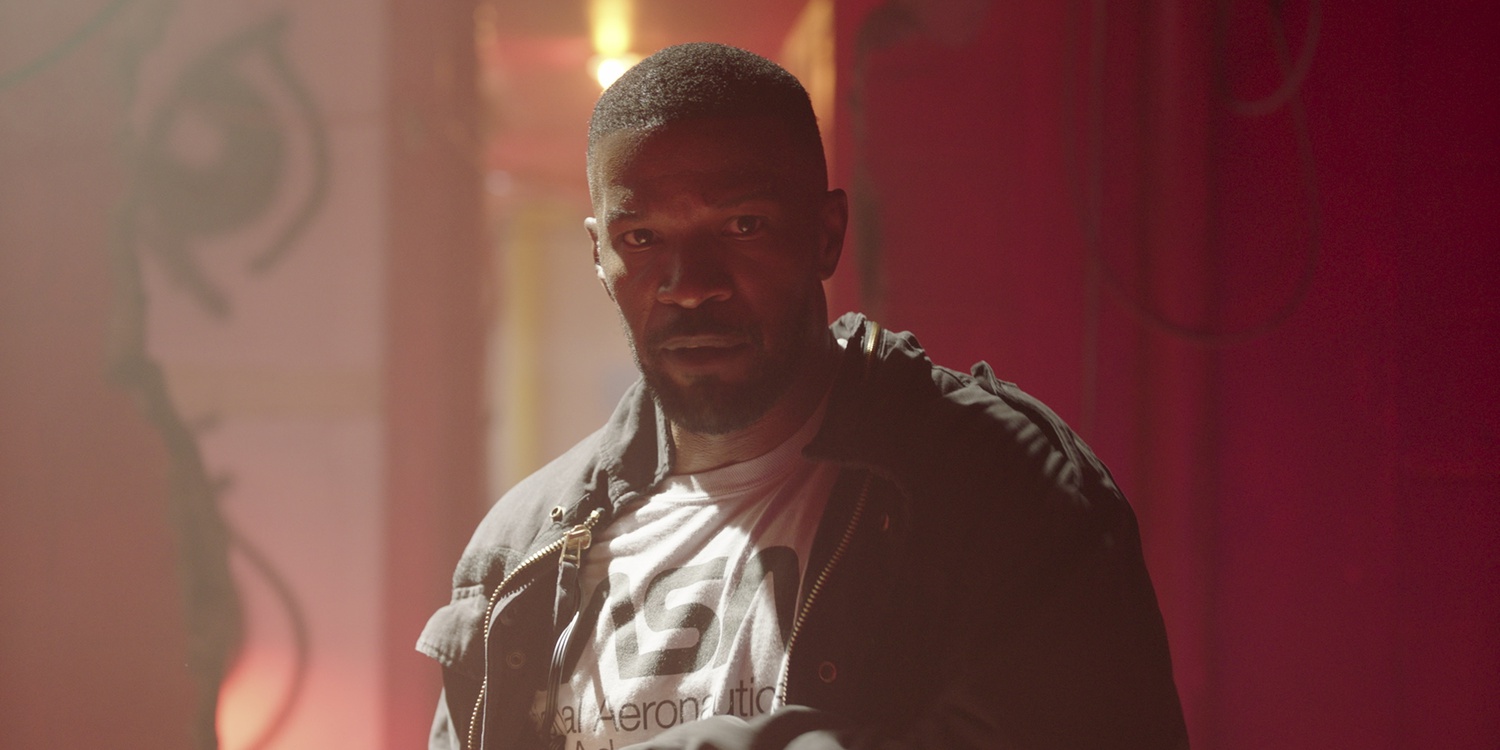 If there’s a recipe for contemporary action/sci-fi/superhero movies that are entertaining but oh-so clichéd, then “Project Power,” a Netflix film directed by Henry Joost and Ariel Schulman, follows that recipe to a T. Nevertheless, it somehow doesn’t turn out right: Instead of feeling satiated and eager to consume it again, one is left hungry with an odd, indescribable aftertaste. Like an undercooked double chocolate chip brownie or watery mac and cheese, the movie bears some semblance to the engrossing tale of adventure, bravery, and badassness it could have been. It’s not quite something one would regret having, but they also would not be devastated or even remotely affected if they didn’t have it to begin with. Unfortunately, Joost and Schulman — in their misguided eagerness to acquire all the ingredients and plate the dish well — didn’t dedicate enough attention to the preparation and cooking of their one hour 54 minute action-packed meal. The results? A visually appealing but dull platter of events in need of some spice and flavor.

But enough with the food comparisons — we have more pressing concerns to address: Joseph Gordon-Levitt and Jamie Foxx acting… together! The film, which takes place in a gloomy yet vibrant New Orleans, follows the intertwined endeavors of Robin (Dominique Fishback), an outspoken and intrepid aspiring teen rapper; Frank (Joseph Gordon-Levitt), a rebellious cop; and Art (Jamie Foxx), a terrifying but caring ex-soldier searching for his missing daughter.

Over the course of the film, the trio inadvertently form an alliance through their shared goal of discovering the origin of and defeating a drug cartel that threatens to weaponize and expand the use of a destructive pill. Referred to as “Power,” this pill alters the DNA of humans and gives them a random superpower for five minutes.

Joost and Schulman certainly introduce an intriguing concept — that of unlimited power for a fixed amount of time. But the progression of the plot is so prescriptive that it negates the potential for a unique story to unfold. As with most cliche action movies, there are dramatic fight scenes involving fire; cheesy, paternalistic talks; a collection of graphic deaths; crouching over a looks-dead-but-not-really-dead person’s body; and a sudden and abrupt resolution.

For all its formulaic qualities, Joost and Schulman’s movie features exceptional, inventive visual and special effects. So good, in fact, that one may watch the film just to witness the craftsmanship of the FX artists. Primarily used to illustrate various characters’ powers, the CGI, manipulation of lighting, compositing, and prosthetic design (amongst many technical feats) contribute an element of realism to a film that would otherwise just be a motion picture with extremely disparate levels of believability. Perhaps what is most impressive is the consistency of the FX work: Machine Gun Kelly on fire (yes, you read that correctly), invisible camouflage robber, frozen woman, veiny tumor man, and bulletproof cop are all not only visually stunning, but also magnify the terrific capabilities packed into the tiny pill. Regrettably, the flimsy storyline lacks this ability to incite awe and build upon an essential plot point.

However, the fundamental flaws of the movie aren’t rooted in its plot; instead, they stem from the archetypal and at times dull characters. Fishback, Gordon-Levitt, and Foxx’s respective performances complement each other and enhance their characters to the best of their abilities. Even so, Robin, Frank, and Art are banal to such a great extent, lacking both character development and backstories, that no amount of creative interpretation can save them. Robin in particular is a living, breathing cinematic trope. By portraying her as the stereotypical Black drug-dealing rapper who has difficulty focusing on academics because she is the primary caretaker of her sick mother, the filmmakers did a great disservice to a strong BIPOC female lead that could have — for an overdue change — been dynamic and multifaceted.

Despite its shortcomings, “Project Power” is, for the most part, a painless watch. Although its reliance on cliched tropes can be tedious, the overall experience manages to be enjoyable nonetheless. The visual and special effects command your attention and ensure that the movie unfolds at a relatively reasonable pace. While one will most likely neither be on the edge of their seat nor glean artistic insight from the film, Joost and Schulman’s work presents viewers with an enticing opportunity to escape into a fictional realm where the tensions and complexities of the contemporary world do not exist. Just as the characters escape from reality by taking the pill, audiences can break free from the myriad of stressors in their lives for two hours. “Project Power” might not be a decadent full-course dinner, but it’s still an adequate and dependable treat.