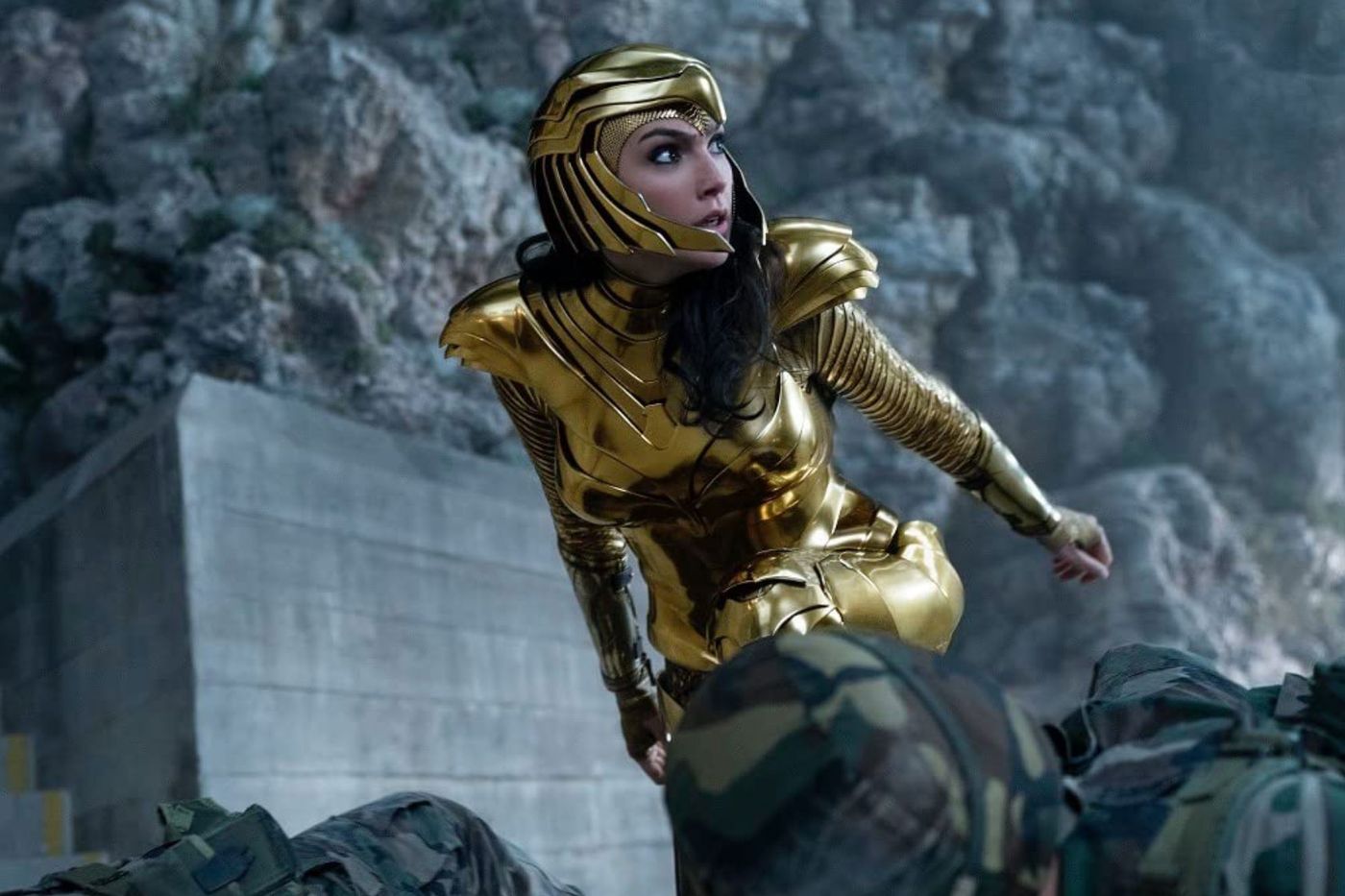 Beyond the big hair, bold colors, and dance pop, 1984 is now also known as the year of Wonder Woman’s next big adventure. The first major Warner Bros. release to come out both in theaters and on HBO Max, “Wonder Woman 1984” follows DC’s beloved Diana Prince sixty years after the events of “Wonder Woman.” Diana, now a permanent resident of the human world, encounters a mysterious wish-granting stone with a terrible price for those who use it. When the artifact goes missing, Wonder Woman must battle a corrupt businessman with dangerous powers and a coworker turned evil in order to save the world from impending doom.

“Wonder Woman 1984” suffers from major pacing issues. The major reveals and stakes of the story fall flat, and certain scenes seem forced and unnecessary. This awkwardness shines through especially in moments where the risk or conflict seems completely avoidable, or when the solution to a character’s problem seems to come out of nowhere. Notably, while chasing down the bad guy, Diana is able to turn an entire plane invisible despite a massive lack of practice. Successes of convenience are not nearly as impactful for audiences when compared to the well-earned successes of Diana’s past.

“Wonder Woman 1984” assumes that the audience already deeply cares about Wonder Woman and her world. This is not a baseless assumption, but this makes it all the more disappointing when the movie does next to nothing with its character arcs. In this film, the big lesson Diana has to learn is how to truly let go of Steve, her love interest from the first movie who is brought back to life by the aforementioned magical stone. The formerly selfless Diana is willing to risk watching the world burn if it means she won’t lose her lover again. The payoff does nothing for viewers when the sacrifice she makes to earn that growth is the same as the first movie: Letting Steve die so that she can save the world. And while it is delightful to see Chris Pine in a fanny pack getting excited that humans went to the moon, he ends up being a manic pixie dream girl. He’s strictly there to move along Diana’s character arc and lacks any of the substance he has in the first movie. Gal Gadot and Chris Pine are incredible actors to play these characters, as shown by the first film, but they don’t have a whole lot to work with this time around.

The one standout character was Barbara Minerva, also known as eventual super villain Cheetah. Despite her fall from grace, hers is the only fleshed out arc in the film. While Barbara’s story does fall into some uncomfortable tropes of external appearance tied to internal worth and external admiration, Kristen Wiig gives a good portrayal of a socially awkward and relatively powerless woman whose admiration of the strong and charismatic Diana twists into deep envy and hatred.

One of the main reasons why this movie is so disappointing is its generally high production quality. The aesthetics of the film are wonderfully crafted, from the elaborate and imaginative Amazon Olympics opening sequence to the vibrant and colorful slices of life in the ‘80s. Additionally, Hanz Zimmer delivers an absolutely epic soundscape to underscore Diana’s adventures. However, no amount of visually impressive fight scenes with adrenaline-inducing orchestration can distract from a lackluster story.

Overall, the movie does have a powerful message about moving on from what could have been; it also encourages spending time working for the world you want instead of simply wishing for it to be different. Sadly, these messages are buried under an ultimately subpar script. Maybe the slapstick humor and shallow dialogue of this movie were intended to be nods to the nostalgic campiness associated with ‘80s movies. Unfortunately for “Wonder Woman 1984,” the schtick doesn’t stick, and the film falls tragically short of its trailblazing predecessor.

— Staff writer Madi L. Fabber can be reached at madi.fabber@thecrimson.com