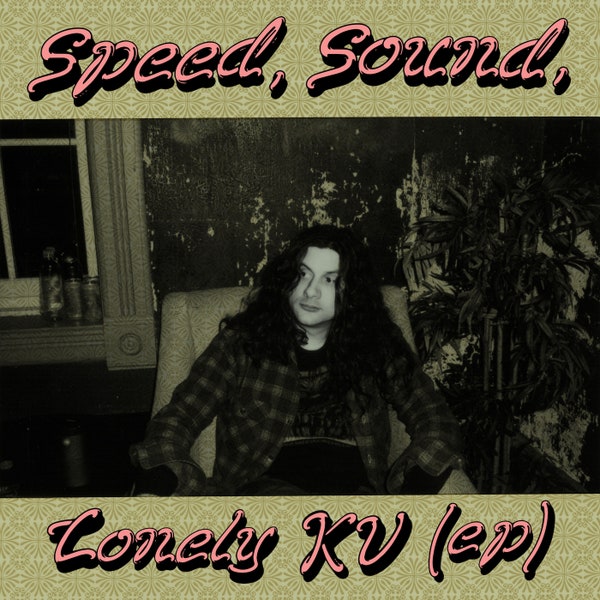 In recent months, Bob Dylan’s “Never-Ending Tour” has taken its longest hiatus since the folk singer began the now 3,066-show journey in 1988. On April 7, legendary folk iconoclast John Prine passed away from complications due to the coronavirus, leaving behind a 50 year legacy of influential protest music as part of Chicago’s folk revival. On Sept. 26, Farm Aid, a yearly music festival founded in 1985 by folk and folk-rock icons Willie Nelson, Neil Young, and John Mellencamp, moved online, making 2020 the only year in the festival’s 35-year run that artists didn’t perform in-person.

As is true of most spaces, to say that the coronavirus pandemic has hit the folk community hard is an understatement.

Vile began his music career in earnest as co-founder and lead guitarist of The War on Drugs before parting ways with the band as its popularity grew. By 2009, he had signed to Matador Records as a solo artist, where he wasted no time in releasing his own music. Most critics argue it was his 2013 “Wakin’ on a Pretty Daze” that cemented him in the indie scene.

Like that in “Wakin’ on a Pretty Daze,” the music in “Speed, Sound, Lovely” is firmly rooted in the artist’s indie and folk influences and his characteristically low-key production, as well as his own fingerstyle acoustic guitar and banjo playing. The EP was recorded over a four year period in Nashville, Tenn., and yet the release feels both detached from and strikingly tied to the present.

At first listen, the EP leaves its audience awash in an unplaceable feeling of nostalgia for a simpler time. At the very least, the release evokes nostalgia for a feeling that has been largely missing from the past couple months: peace. Its stripped back production and heavy focus on delicately-layered acoustic guitars leaves the EP airy, light, and bathed in warmth. It’s the kind of release perfect for a summer day spent laying alone in a field of flowers: welcoming and fresh, yet self-aware to the point of heartbreak.

And still, at the heart of the EP is its standing as a tribute to the folk and country icons of the 1960s and ‘70s. The EP is comprised of five songs, three of which are covers. Two of the tracks, “Speed of the Sound of Loneliness” and “How Lucky,” are Prine’s, and one, “Gone Girl,” was originally written by country singer “Cowboy” Jack Clement back in 1970.

Vile’s covers are raw and unassuming, without any of the glitzy frills that dominate the airwaves today. True to their predecessors, the tracks exemplify more of an honest homage to the artists who came before Vile than any kind of commercial rebranding.

While all three of the covers are worthy of repeat listens in their own right — “Speed of the Sound” proves a must-listen for any fan of Neil Young, and “Gone Girl” makes a strong case for Vile’s place as an heir to the folk era — it is Vile’s cover of 1979’s “How Lucky” that cements its rightful place as the centerpiece of “Speed, Sound, Lonely.”

The track, which Vile has called “probably the single most special musical moment in my life,” features the late John Prine himself as the other half to Vile’s duet. Multiple guitars are layered to create a sparkling tapestry of fingerpicked melodies and basslines. In “How Lucky,” folk royalty and its heir come together seamlessly to create a piece of striking beauty. While Prine and Vile spend most of the track taking turns on the song’s verses, catharsis comes in the song’s outro as both their voices blend in a stripped-down harmony. “Well, there was all these things that I don't think I remember / Hey, how lucky can one man get?” they sing in unison.

“Speed, Sound, Lonely KV” also showcases Kurt Vile’s own signature lyrical talent. The two original compositions on the EP, “Dandelions” and “Pearls,” exemplify the two strengths of his songwriting that Vile has been honing for the entirety of his decade-long career.

On “Dandelions,” Vile’s humor takes center stage; the lyrics are simple and to the point. Like a lot of his songs, “Dandelions'' doesn't take itself too seriously. “Dandelions / For my girls,” Vile sings, his voice soft over a simple kick drum rhythm. “I ain't lyin’ / Just bein' a little exotic / You can blow on 'em / Or you can just hold ’em / I ain't mindin' / Even when you're cryin’.” Musically, “Dandelions” feels peaceful and steady. The acoustic guitar is hypnotic, layered over synths and glittering chimes. For six minutes, the track simply flows and ebbs under Vile’s laid-bare musings on dandelions and his “three girls.” With “Dandelions,” Vile doesn’t make a point to ask for anything from his audience, yet commands listeners’ attention all the same.

“Pearls,” on the other hand, showcases Vile’s flexibility as an artist. His guitar and vocals both take on a freshness that wraps up the EP, hinting at his greater potential. More upbeat than the rest of the EP, “Pearls” toys with the idea of a slightly more rockabilly Vile, while still rooting itself in his obvious folk influences. “Where you been now, little girl? / Did you get your purse all filled with pearls?” Vile sings, the seemingly nonsensical lyrics and Vile’s acoustic guitar solos mingling with an energetic drum beat. Calling back to the legends of folk’s past, Vile leaves his audience with a moment of final, faraway peace.