Portrait of an Artist: Joy B. Nesbitt ‘21 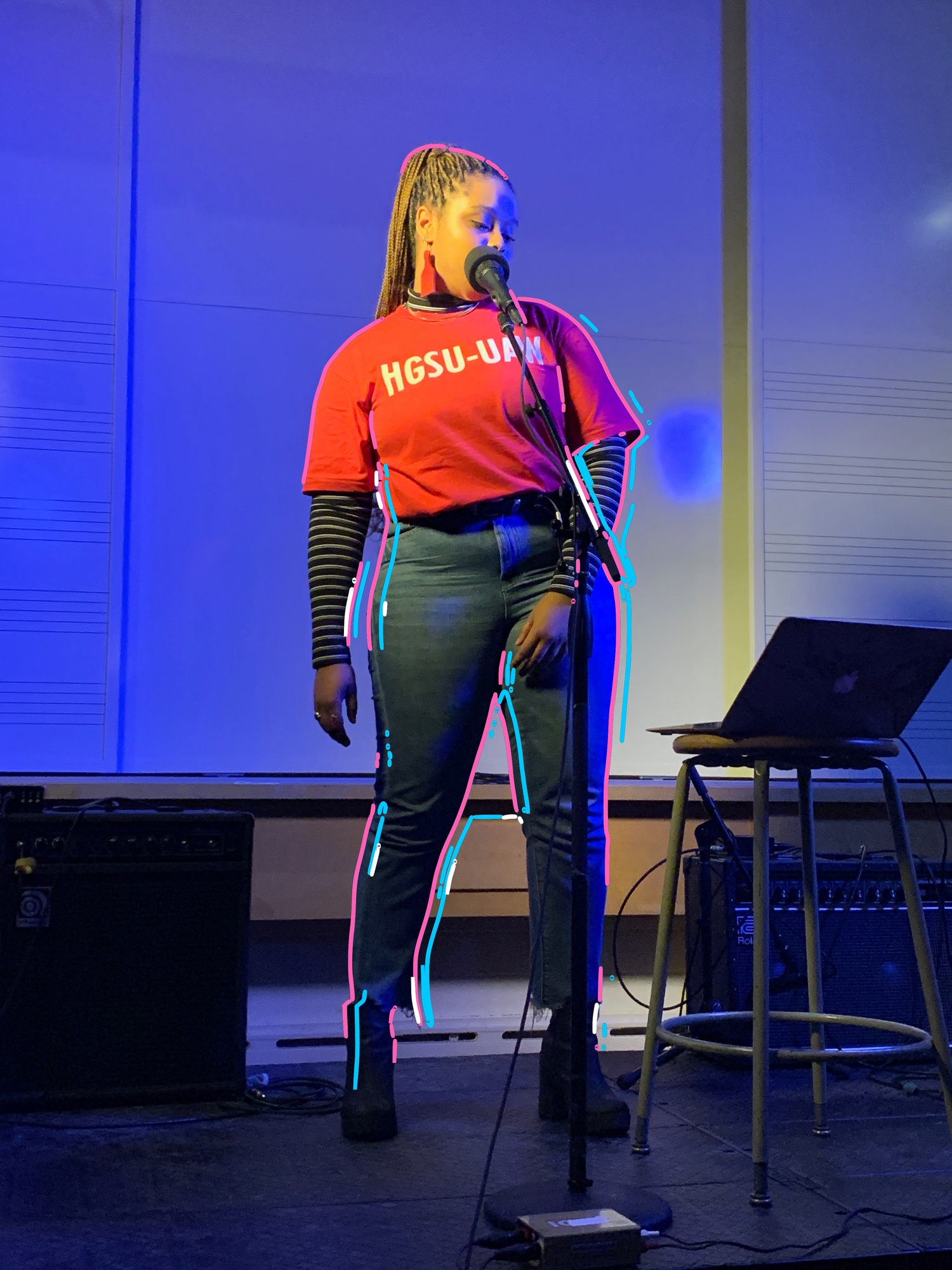 Despite stay-at-home orders and COVID-19 restrictions, Harvard senior Joy Nesbitt had a busy summer. A joint concentrator in Social Anthropology and Music, Nesbitt spent her days directing two virtual Harvard productions (“R+J: An Ultramodern Fantasia” and “God of Carnage”), participating as a mentee in Alicia Keys’ non-profit organization She Is The Music, releasing songs inspired by current events, and polishing her most recent album, “Atlas Rising,” out next month. The Harvard Crimson sat down with Nesbitt to discuss her journey to becoming a singer-songwriter and director, her latest musical and directorial projects, and how her identity as a Black woman shapes her work and encourages her to explore the intersection of social justice and art.

The Harvard Crimson: What first got you into music and directing?

Joy B. Nesbitt: My parents were always playing music for me, and I think they didn't realize how much it was indoctrinating me and making me feel connected to storytelling in the form of music and complete agency over that storytelling. And so as a young kid a lot of the time you'd only really get to sing in a musical because that's how children work. And so I started acting in Dallas, and after a while it became this confab of both music and theater at the same time. And I realized that I really don't like when people tell me what to do, so I started directing! … I find it really empowering to push a story out and use it as a means of connecting to others, and so music and directing kind of jumped into the same boat for me.

THC: Would you say that most of your creative process begins with a feeling and experience you had?

JBN: It always starts with an emotion. I recently did “God of Carnage” earlier this summer, and that show is filled with anxiety and rage and also deep, deep comedy, which are all feelings that I feel like converge and have converged throughout the summer with COVID and all the shit that's been going on. It's been focused generally on making sure that energy and that emotion is depicted properly.

THC: You had a really busy summer. Not only did you direct, but you were also a songwriting mentee in the She Is The Music Connect Together Mentorship Program. She Is The Music is a non-profit organization seeking to increase “the number of women working in music.” What is the value in amplifying female creators' voices?

JBN: I think the value in amplifying female creators' voices is [that] women have an experience that is extremely intersectional. It's important to get the storylines and the experiences of women who have varying different identities that are coalesced upon womanhood, and I think that there's something palpable and important in that intersection right there. When you hear things like “Mississippi Goddam,” that song by Nina Simone has both the experience of being Black and a woman in America at that very moment. And I think if we didn't have those experiences, music would be and wouldn't have a lot of the representation necessary for us all to survive.

THC: Would you say that your experiences as a Black woman are central to your songwriting process?

JBN: Definitely. I just feel like in my music and especially with this album, all of the music is informed by the fact that I personally felt affected by the things that have been happening this summer and I also empathize with those who were at the front lines, most of whom were Black women. And I felt like if I didn't unpack those things for myself, then it would have been even more of an oppressive period of my life.

THC: How would you respond to people who critique the intersection of social justice, activism, and art?

JBN: I think I would say, ‘Where do you get off?’ I think that the thing is [social justice] movements are motivated and captured by art and if we didn't have things like — this is so pretentious, I hate it — Dadaism, right, if we didn’t have [Marcel] Duchamp signing a urinal and saying it's art, would we have art? Will we have the feelings and the emotions at all right now? That anger that people derived from seeing that piece of art moved art movements, it moved people to protest, it moved people to try to upend civil governments in a way that matters. And even more so if we look at, for example, Cardi B and Megan Thee Stallion’s song “WAP,” that song — as crass as it is, it’s dope, I like it — but that song, that anger that people felt about being either sexually repressed or being sexually exposed, has created a conversation that is important that we should be having at this moment. And so if we didn't have art, the movement would not have an extra voice to unpack things. It wouldn't make any sense.

THC: What did you wish to accomplish through writing your newest album “Atlas Rising”?

JBN: I definitely stumbled into writing the album, which is funny. I started off writing “Echo,” which is one of the singles that I put out, and I wanted to write that song because I had had a conversation with my father about how he was feeling the same anxiety during the summer that he had felt at as a young man in 1968, just in watching the news. I was really moved by that story, and so I wrote “Echo” as a bit of a homage to him, but also as a means of thinking about inheritance and how we inherit the experiences and the issues that we're seeing today and how we can use that as both hope — we've made it so far and we can keep going — and we can also use it as just kind of a crazy thought to think about the things that were issues a while ago are still issues now and that's a problem and we need to fix that. And so after writing that, I was feeling a lot more feelings and I felt like it was important to write out a complete thought in the form of an album of where are we at right now, and where am I at in terms of growing up in a space where a lot of structures that were tried and true in the U.S. are being torn down. And so I hope that if people hear it, they're hearing that journey that I experienced and they're also questioning whether or not they have also had those thoughts or whether if they've never had those thoughts, are they thoughts that are important to them at all?

THC: Do you ever consider the possibility of there being a group of people who won't understand your story because they don't share your identity as a Black woman?

JBN: I definitely consider that. I mean I would hope that they can connect with the core emotion that I'm expressing in the music and they don't have to be the same as somebody to empathize, but if someone doesn't understand that's totally their prerogative. I mean, I think that what’s interesting about music is that, despite the fact that you may not understand the words, you can still groove, right? But of course it's more meaningful if I hear somebody like Beyonce giving me “Lemonade,” and I feel like that music is connected to my identity and my heart. I should hope that people can connect to that and can empathize, but if they don't, that's fine.

THC: Who has been your greatest inspiration and if you could tell them one thing right now, what would it be?

JBN: I'm really inspired by my grandmother. Everything that she does is motivated by love. And I think that the work that I do is inspired by that focus of ‘I love theater’ or ‘I love that so-and-so is in this production and so I want to make this production as healthy as possible.’ Or, ‘I love my dad so I want to write this song about him.’ I think I'm most inspired by those kinds of conversations and I'm most inspired by the way that she moves through space. If I were to speak to her about it, I think I would just thank her for instilling me with that sense of grounding and tell her that the work that I do is all for her and all for people like her.

Nesbitt’s album “Atlas Rising” is slated for release on February 19, 2021.