‘My Universe’ Review: Coldplay and BTS Rebuild Our Worlds 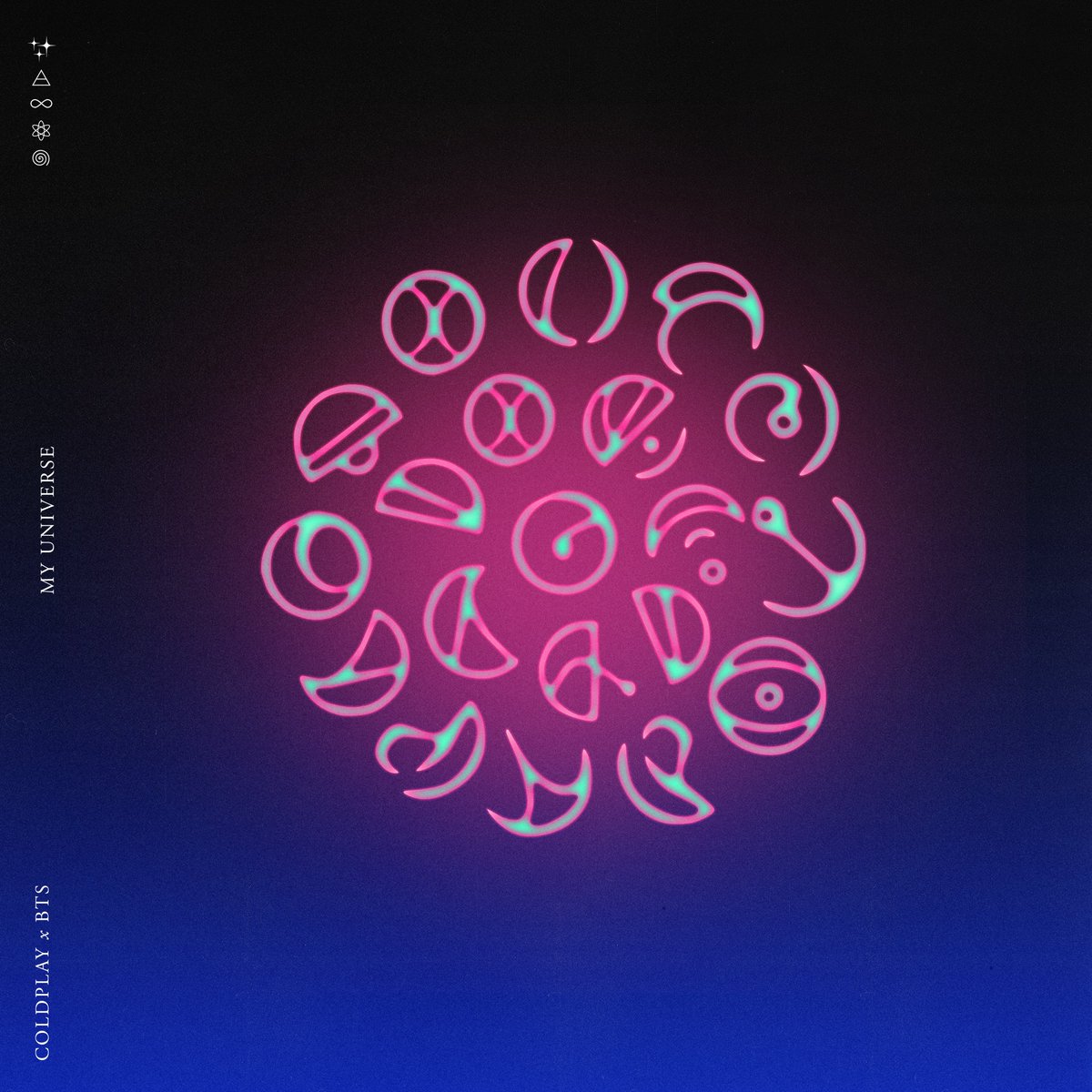 After a year of isolation, BTS and Coldplay’s collaborative single “My Universe” comes as an unabashed anthem to bringing worlds together — a sonic wave for all to catch of genuine personal connection. The song’s unique impact lies in the context of its creation. BTS (Bangtan Sonyeondan), the world-renowned boy band described by many as South Korea’s national pride, and British pop rock icons Coldplay have each dedicated their careers to providing deep engagement and comfort for their fans, including throughout quarantine. This honest commitment transforms the song from a feel-good hit into a personal gift, a passion project, and an anthem for change.

“You are my universe” is a bold declaration with which to begin a song. Indeed, the song’s scale is delightfully over-the-top, especially when combined with a symphony of pumping synths, a commanding bass line, and eight of pop’s most soulful male voices all individually featured. Much like a declaration of love, something that big can seem overwhelming unless the person saying it has a truly honest connection to the recipient. BTS and Coldplay, as the declarers, provide the song with that magic touch.

Part of the reason why this works is the recording’s sense of fun. A playful air laces the combination of each group’s unique styles, as they create something new in both of their ballparks. BTS’s lyrical contributions are poignant and reflective, harkening back to the more fan-oriented and experimental selections of their Korean-language discography. The members perform their parts with an individual tenderness, as if each were a sweet solo in an ensemble. Their intimacy is stitched together and amplified by Chris Martin’s typical presence in the chorus, charismatic and brimming with triumph.

But one thing ties the two disparate groups together: a deep desire — indeed, a promise — for live performance to return. On this convergence, the composition reveals the influence of both groups’ stage traditions: EDM-style breaks for BTS’s famous dance routines, and long, drawn-out vocal refrains for Coldplay’s movement across the stage. The effect is one of hearing a live performance — of being in the room where BTS and Coldplay shout, sing, and move their way into a song together. Woven into the rhythm and lyrics is a vow that we will be together again, and that promise is enough to make a listener want to break out into dance.

It’s no coincidence that the groups share this mission, and the collaboration didn’t come out of the blue — it’s the latest culmination of a long trend of mutual admiration between them. Not only had the group reached out to Chris Martin early in the pandemic posing the idea to work on a track, but during BTS’s MTV Unplugged Performance Series this past February, they also paid homage to Coldplay by covering their classic “Fix You,” much to the delight of the original performers. The cover was subtle compared to their dazzling choreographed shows — just the seven members sitting on a row of stools, backlit by a row of rising white lights. But BTS managed to crystallize the song’s timeless mantra of healing into something completely their own: a gentle reassurance uniquely fitted to a time of chaos, offered towards an audience of those feeling the emotional and psychological impact of such chaos the hardest.

Thus, the meshing of each group’s elements in this song has meaning beyond the mere fun of collaboration. It represents a union between two groups that bridge divides, creating cross-cultural art in a time when it is most necessary. The process of writing and recording the song was a matter of translation: of bringing two icons from two realms of music together on a common mission, without value judgment or inhibitions, and beyond challenges.

This points to the role that both groups have taken on throughout their careers, especially over the course of the past year. BTS has prided itself on being a group focused on social impact and emotional well-being, and were even appointed by the president of South Korea as United Nations Presidential Special Envoys for Future Generations and Culture. They have consistently created music, multimedia entertainment, and public addresses that have brought joy to a public confined at home. Meanwhile, Martin played sets of his classics on Instagram Live for fans on the WHO’s Together, At Home: WHO-Global Citizen Solidarity Sessions. Both acts have provided comfort for fans in a time of uncertainty, reassuring them that even when obscured by darkness, the music will be there to hold your hand. This context makes BTS rapper Suga’s lines resonate with special truth: “Because you are my stars and my universe / These hardships are just temporary / Just shine as bright as you shine now / We will follow you to adorn this long night.”

“My Universe” grants listeners permission to be over-the-top after such a long time being subdued. If pop music has an essential purpose at its core, these two groups from two different sides of the world have tapped it; and, performing the more rare and precious task, they have made us believe it.