‘Dear Evan Hansen' Review: A Movie and a Musical, But Not a Movie Musical 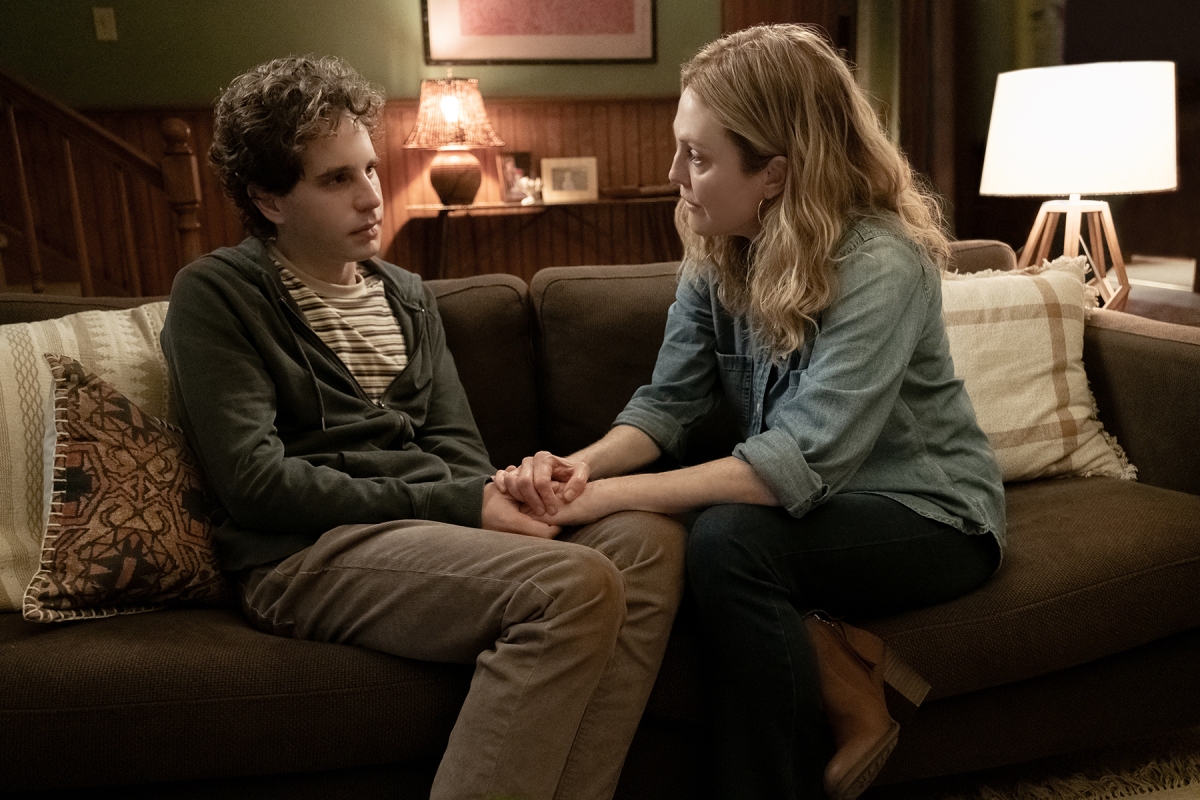 “Today is going to be a good day,” the titular Evan (Ben Platt) assures himself in the opening of “Dear Evan Hansen.” Like the Tony Award-winning musical it was adapted from, the film begins with Evan writing a letter to himself, a practice recommended to him by his therapist. He starts off strong with his affirmations, but by the end he is tangled up in his thoughts. He tells himself to be his authentic self, but not his awkward, boring self, and then berates himself for thinking he is awkward in the first place. Before he can get any farther into his head, he breaks into song and closes off the letter — which is later mistaken as a suicide note for another student.

The narrative, complicated but containing nuanced insight into the epidemic of teenage loneliness, makes “Dear Evan Hansen” worth the translation into another medium. Evan starts off the movie as a timid high schooler on a mission to have a good day, but his anxiety overtakes him in an encounter with Connor, who later dies by suicide. Connor’s parents find the letter near their son and interpret it to be addressed to Hansen, and suddenly, Evan finds himself lying to everyone about a supposed friendship he had with Connor. He makes up stories about their time together, like in the song “For Forever,” where he describes the late Connor and himself “quoting songs by our favorite bands” and “just [talking] and [taking] in the view.” He is pressured into it in order to appease Connor’s family, but the made-up friendship also represents what could have saved Connor, and an alternate reality that could save Evan. Eventually, we learn that Evan attempted suicide, and so Evan and Connor can be understood as foil characters, where one lived and the other didn’t; one succumbed to their story, while the other made up a new one to keep surviving.

Platt acts as an insecure teen overwhelmed by the modern world with tact and nuance. Whenever he is triggered, it sets off a harrowing sequence of nervous ticks. He constantly licks his lips and sticks his tongue out. He trembles, his eyes go wide, and sweat drips down his face. Platt leans into it with conviction — instead of aestheticizing Evan’s suffering, his mental illness is directly communicated and made raw, ugly, and real.

In the various musical numbers throughout the film, Evan breaks out of his shell, but neither the setting of the scenes, camerawork, nor his bodily movements match that energy. The camera is stuck in one place, such as a dining room or a kitchen, and it is fixed on Evan, with the variety of the shots only coming from different framings of him. It is possible the film does this to stay consistent with his restrained personality, which is noticeable even as he sings his heart out, but the choice ultimately prevents the story from taking on the merits of a movie musical. The camera is stationary and boring, the choreography minimal and suppressed, and the power of Platt’s acting wanes under the viewer’s relentless gaze. The shallow-focused sequences of Evan are too frequent, and eventually, the viewer is exhausted by the extreme close ups of his earnest face and quivering hands, wishing for a less explicit portrayal of anxiety.

At the turning point of the film, when Evan gets nervous on the stage at Connor’s memorial and breaks into the uplifting “You Will Be Found,” there lies a perfect opportunity to diversify the imagery of Evan’s experiences. The lights could dim and then when Evan reappears, maybe we could have seen flashbacks of him getting bullied or not picking up the phone for fear of social interaction. Instead, we see a repetitive series of shots of people just watching him from the audience, frozen like caricatures. Afterwards, this song blows up on social media and serves as the hopeful anthem that the whole film rests on, and yet it is captured with redundant techniques that don’t aesthetically support the power of the song. The potentials of film to elevate the story are wholly ignored.

“Dear Evan Hansen” does a decent job of transferring the narrative to the big screen, but aside from some minor rewrites, it really was just that. However incredibly Platt captured the essence of mental breakdowns, it was not enough to carry the lack of originality in regards to the mise en scene, character development, and camera work — elements crucial to successfully adapting theater into film. Stephen Chbosky has directed numerous coming-of-age gems such as “The Perks of Being a Wallflower” and “Wonder,” but never a movie musical, and it shows.

—Staff writer Nuri Bhuiyan can be reached at nuri.bhuiyan@thecrimson.com and @nuribooyah on Twitter.