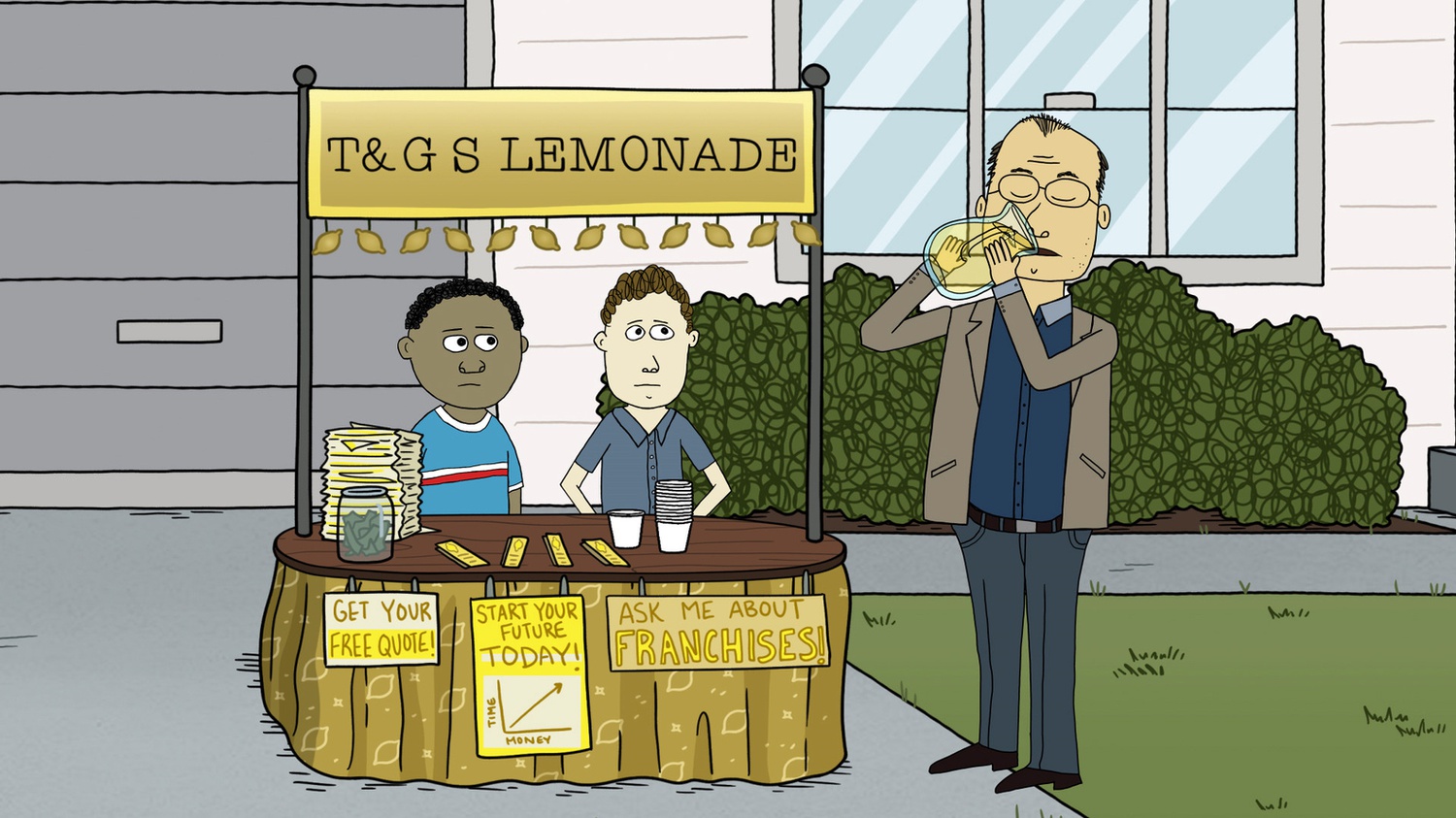 Being a kid is hard — between having no autonomy, trying to figure out right from wrong, and all the while trying to steer clear of kids who may be bad influences, it’s a lot for anyone to handle. But what happens when the bad influences are actually the adults in your life? “Ten Year Old Tom” answers that question, and does a wonderful job of it.

Created by Steve Dildarian, “Ten Year Old Tom” follows, as the name suggests, a 10-year-old boy named Tom, also voiced by Dildarian. Tom is a mild-mannered kid living with his newly-single mother following his father’s abandonment to go live with another woman in Myrtle Beach. If life at home wasn’t already hard enough, school isn’t much better either. He doesn’t have many friends besides his buddy Nelson (Byron Bowers), and he is generally held in low esteem by not only his classmates, but their parents. In the premiere episode, for instance, Tom is forced to quit the bassoon after being booed off stage and insulted by parents at a school performance. This sets the tone for the rest of the first season. Much of the series centers around a ten-year-old being ridiculed by the people you’d least expect, and such a dynamic is largely unseen in television and adds to the show’s humor.

On top of that, Tom is constantly being swayed in the wrong direction and exposed to wildly inappropriate situations by the adults in his life. Later on in the season, when Tom becomes class treasurer, a classmate’s father helps Tom “cook the books” for his class budget. At the end of the episode, as with pretty much every other, Tom ends up taking the fall for actions that were heavily influenced by a reckless grown-up. Such interactions leave the audience with a bad taste in their mouth, but this is typically balanced out by the shock humor associated with these encounters.

The premise is admittedly simple, with most of the episodes following a similar plot, but the show is entertaining nonetheless. What makes “Ten Year Old Tom” so unique is that, unlike other animated series centered around children, it’s not Tom or his peers who are the driving force behind his misadventures; it’s usually an ill-intentioned adult. While the show may exaggerate situations for comedic effect, this isn’t completely untrue to life. Kids, for all their lack of experience, are in some ways ethically blank slates. It’s usually the adults around them who lie, scheme, and try to orchestrate situations to their advantage. This dynamic that underlies so many of the show’s episodes is what makes it so charming — it subverts any preconceived notions we have about the rules governing relationships between children and adults, notions that are often supported by mainstream media. In one episode, a character named Dakota says something to Tom which is especially true for him, but also applies to those watching: “I think as we get older, one thing you’re going to look back on is which adults you listened to.”

It’s worth noting that Tom, as well as other characters on the show, are fairly one-dimensional. From start to finish, Tom doesn’t really have any marked character development, and there doesn’t seem to be any kind of shift in the way he’s perceived. One would think this would make him difficult to relate to, but it doesn’t. It’s Tom’s nondescriptness that makes it so easy for us to project ourselves onto him. His most distinguishing qualities are that he minds his business and tries his best, regardless of the situation. Somehow, however, he always ends up being lured in the wrong direction by someone who’s supposed to know better, and then receives the blame for what happened. Tom does everything he’s supposed to, but still can’t seem to catch a break. It wouldn’t be a stretch to say that most people have felt like that at one point in time, especially as a kid. This goes doubly for people who had a difficult or dysfunctional home life growing up. Tom’s mother struggles to provide for him, and she encourages many of the schemes he becomes entangled in as a means to gain money for the two of them. For Tom and other children, home is associated with anything but security. The show does a great job of showcasing this in a way that’s honest, but still lighthearted and amusing.

Between its unconventional depictions of child-adult relationships, life in a dysfunctional family, and the frustrations of being a kid, “Ten Year Old Tom” is a show almost anyone can relate to. The show, like Tom, is in its early stages, and it’ll be great to see where its writers take him next.