After 10 Terms on the City Council, Denise Simmons Still Has Work To Do 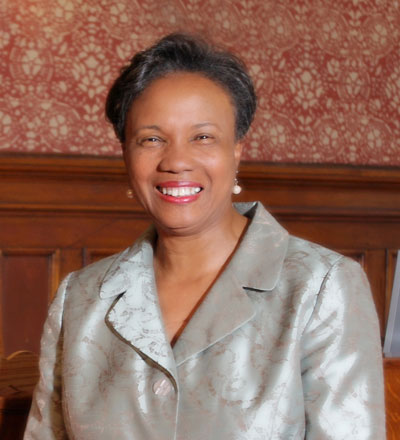 E. Denise Simmons — who made history as the first Black lesbian mayor in the United States when she was elected Cambridge mayor in 2008 — is seeking her 11th term on the City Council this November.

Simmons, in her fourth decade in city politics, has advocated for progressive economic and employment policy, housing reform, environmental initiatives, and diversity. Within the city government she previously chaired committees on housing, diversity, and university relations.

Simmons said her commitment to fairness and social justice today is influenced by her upbringing in Cambridge. In an interview with The Crimson, she said her mother— who moved to Cambridge to provide her children with better opportunities — taught her the value of giving back. Simmons said she believes she holds the responsibility to pay those opportunities forward.

Looking ahead to a potential 11th term on the council, Simmons said improving the visibility of minority-owned small businesses around Cambridge is a top governing priority for her.

“When I got to the city council, I said ‘why are we not purchasing local first?’” Simmons said. “Why are we not making every effort to purchase from Black and brown businesses?”

Simmons established a registry of minority-owned small businesses in Cambridge, which was intended to make their services more accessible to patrons seeking to support them, like herself.

Simmons also said she takes pride in the city’s commitment to diversity and equal opportunities, and said she was optimistic for the city’s future.

“What makes Cambridge special is that we really try to be the best at what we do,” she said. “The best at equal opportunity, diversity, equality, access, tolerance.”

“We don't always make the mark, and that's the other side of that, but we certainly do try,” Simmons added.

Nevertheless, she said she hopes for increased racial diversity in both Cambridge’s public schools and in the municipal government.

“I’m very proud that we have a lot of women in leadership; the other side of that is we don’t have enough women of color,” Simmons said. “We’re not educating sufficiently and significantly enough Black and brown and Latinx children.”

If reelected, she said it is a priority for her that the council vote in a new city manager who reflects the city’s diversity — after Louis A. DePasquale retires in July.

“It's time for that,” Simmons said. “I want to be there to make sure that we hear from the voices of every possible citizen from every corner of our city to weigh in.”

Continuing to strive for improvement, Simmons said, is a philosophy that frames her policy positions.

“Part of what I see as my role on the council is making sure that we continue to try to apply some introspection to see what are we not doing?” she said.