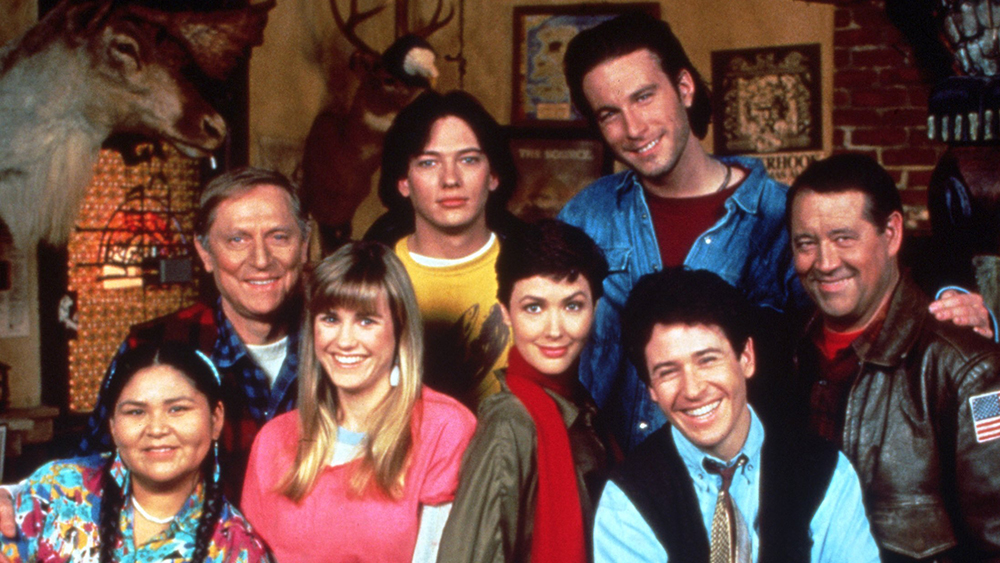 “Northern Exposure” is the type of throwback TV show that your mother loved. Text her about it now, and I’ll bet that she even mentions the moose in the title sequence.

Its premise is simple enough: a young doctor from New York City must move to the backwoods of Alaska as part of his scholarship to Columbia’s medical school. While the first season sets up a classic fish-out-of-water comedy, the show truly finds its bearings as a piece of longform magical realism in its second season. With episodes including dream swaps, ghosts, fake twins, and even Franz Kafka, “Northern Exposure” constantly challenges its audience intellectually while effortlessly straddling the line between comedy and drama.

Beyond the series’ groundbreaking redefinition of TV genres, the complex female, Jewish, and Native American characters at the heart of “Northern Exposure” make it intensely compelling. It even included the second same-sex wedding story arc ever featured on American primetime television. Where minority representation on renowned dramedies such as WB’s Gilmore Girls or even NBC’s M*A*S*H is often sorely lacking, Northern Exposure bakes it into the show’s very foundation. From the exploration of protagonist Joel Fleischman’s (Rob Morrow) experience as a Jewish man in rural Alaska to the central role of indigenous teen movie buff Ed Chigliak (Darren E. Burrows), “Northern Exposure” achieves what many sitcoms of its era overlook: a soulful portrayal of characters beyond shallow stereotypes.

Through its five-year run, “Northern Exposure” received high ratings, consistent viewership, and 39 Emmy nominations. As bizarre as “Cop Rock” and as funny as “Seinfeld,” “Northern Exposure” was truly a product of its era, ushering in the new golden-age of television with an easy sense of wit and eccentricity. So where did it go? In the vast landscape of critically-acclaimed ‘90s television, why do programs like “Buffy The Vampire Slayer” and “Dougie Howser” still loom large where “Northern Exposure” has since fallen into obscurity?

To contemplate this question, consider the fate of its most frequent point of comparison, “Twin Peaks.” Airing its pilot just three months prior to that of “Northern Exposure,” television series “Twin Peaks” is widely regarded as some of the best TV and cinematic art of the 20th century. Its surreal satirization of the soap opera format stabs at American audiences’ uncritical engagement with television while pushing its viewers to think deeply about the darker elements of small-town life. Broadly speaking, comparisons between the two series are apt: Each employs thematic magical realism, the setting of a seemingly idyllic Northern town, a quirky ensemble cast, and a protagonist on the outside of it all. Yet where one’s legacy endures, the other’s seems to have stopped dead in its tracks.

The key reason for this is accessibility. With a Hulu or CBS All Access subscription, you can stream every single season of “Twin Peaks.” One of the greatest gifts that apps like Netflix and Hulu can give us is a casual introduction to media that we may never have encountered otherwise. Without its prime spot on Netflix’s “Top Picks” section, I wouldn’t have watched “The IT Crowd,” for instance, as I was three years old when it premiered to mixed reviews. Now, it’s one of my favorite television comedies. As “Northern Exposure” cannot be streamed anywhere due to a music rights conflict between the show’s creators and the artists on its soundtrack, it hasn’t received the same “exposure” over the years. While old viewers may look back on the program fondly, a wholesale revival of fan excitement seems unlikely without the support of an active streaming service.

On top of this, “Northern Exposure”’s genre-bending qualities can make it a hard sell. To define it as a comedy is to vastly limit its scope, though its quirky sense of humor is one of the series’ best characteristics. To say that it’s about a doctor from New York City adapting to life in a small town is true, though this simple description significantly discounts the intelligence of the show’s plotlines. And while its surreal elements are certainly prominent, it lacks all pretension and doesn’t have the immediate cultural cachet of “Twin Peaks.” While this is in part because it’s not as well-known, it’s also because the premise of “Northern Exposure” seems a lot less serious than that of an FBI-investigated murder mystery. But each are challenging and unconventional pieces of art and they use different qualities to express different messages, neither of which is inherently more valuable than the other.

Perhaps part of me should be happy that “Northern Exposure” isn’t likely to become a mainstream hit again anytime soon. I do always feel unreasonably cool when I explain that my favorite TV show is a ‘90s surrealist dramedy set in rural Alaska. But “Northern Exposure” is too good not to be shared. From its well-researched representation of a Native Alaskan community to its incorporation of magical realism into a sitcom format, this show brings countless exceptional elements to the table. If you have any time coming up, I recommend utilizing Harvard’s “Tech Loan” service at Lamont to grab a DVD player and borrow the box set of “Northern Exposure” from Widener. I can guarantee that you’ll be watching something unique in style, tone, and perspective.