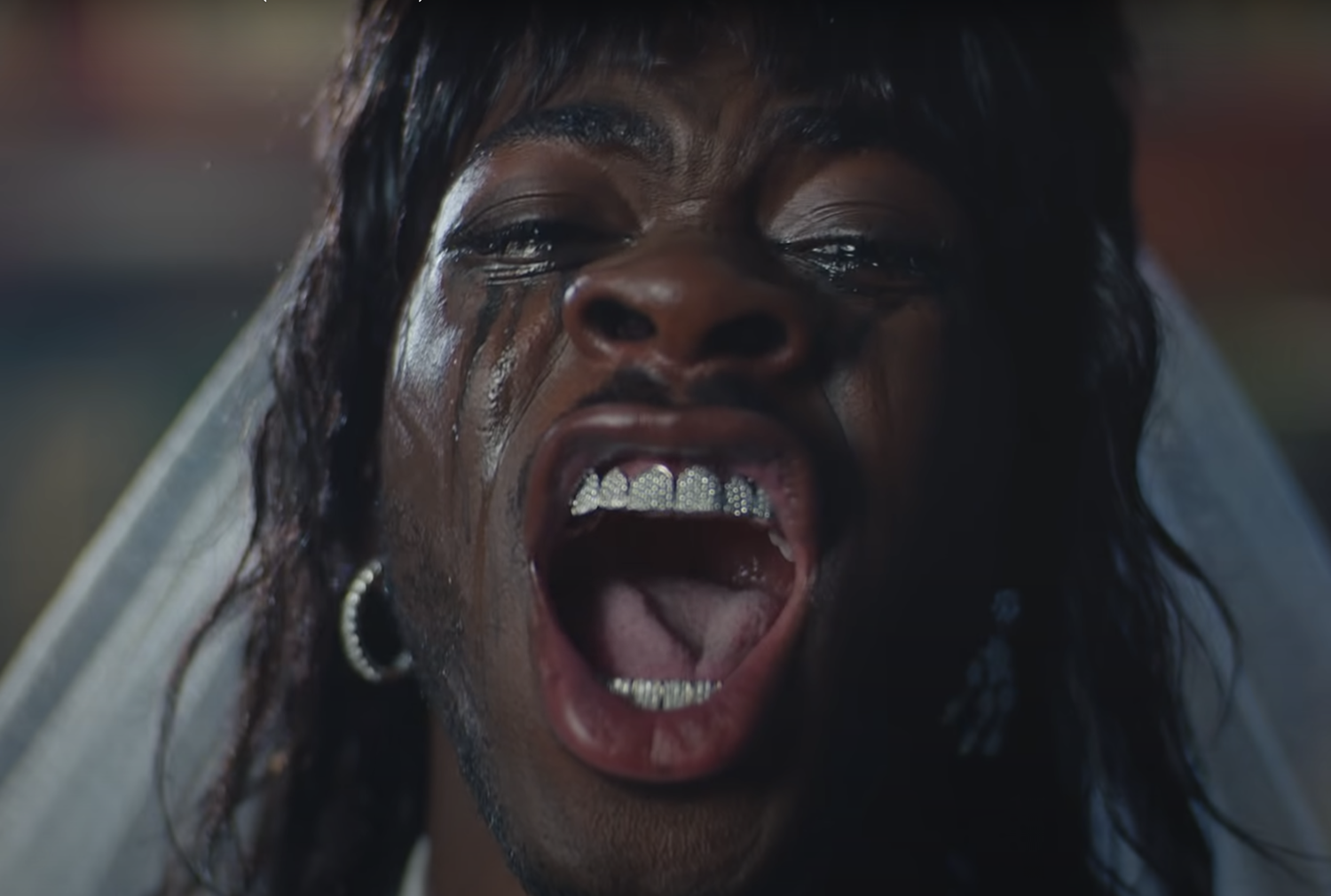 Lil Nas X in the music video for "THATS WHAT I WANT." By Courtesy of Lil Nas X/VEVO
By Mia E. Taylor, Contributing Writer

On Friday, Sept. 17, Lil Nas X released his long-awaited debut album, “Montero”, bringing a conclusion to months of non-stop promotions in anticipation of his record rollout. Along with the release of “Montero” came the music video for “That’s What I Want,” the fourth track on the album.

The video opens on a football game where Lil Nas X descends from the sky onto the field, flying down like an asteroid. Clad in a pink uniform, Lil Nas X is sidelined during the game but gazes longingly at a teammate — #79, portrayed by Yai Ariza, his former boyfriend. After Lil Nas X is hauled off to the locker room, Ariza follows him and things quickly heat up between the two. Jerseys, shoulder pads, and gloves are strewn about on the floor and things begin to get steamy — literally and figuratively — in the locker room showers.

The music video then cuts to a scene of Lil Nas X and Ariza dressed as cowboys sitting by a fire — an homage to the 2005 film “Brokeback Mountain.” Lil Nas X plays guitar and sings to Ariza, and the two men share an intimate moment inside of their tent.

It’s easy to write off such eroticism as vulgarity, and perhaps if the circumstances were different, it would be. But the image of two BIPOC men showing their unabashed love and desire for each other, in a world that so often shuns them for it, is not gratuitous or obnoxious — it’s refreshing and brave. Lil Nas X is not reinventing the wheel. This isn’t the first ever music video to show a couple being intimate; however, it’s much rarer that music videos depict queer couples in such a manner. Lil Nas X’s candor about who he is further adds to his appeal as someone who is already an incredibly gifted musician.

The video jumps to Lil Nas X arriving at his lover’s house with a bouquet of roses in hand, only to find that he is married to a woman and has a child — another allusion to “Brokeback Mountain”. Lil Nas X drives off in tears, and returns home to drown his sorrows in bottles of liquor. The scene is sad, and one can’t help but feel for him in his heartache. It’s representative of the heartbreak so many of us will face, but also speaks specifically to queer people. While seeing the one you love with someone else is an all-too-common experience, seeing the one you love with another person in the efforts to hide their identity and love for you is an experience unique to queer people — one that Lil Nas X portrays beautifully in this video.

The final scene shows Lil Nas X envisioning himself in a wedding dress walking alone down the aisle. “I want someone to love me,” he croons. When Lil Nas X arrives at the altar, he is not greeted by his love, but instead by none other than Billy Porter. Porter hands him an electric guitar. Lil Nas X turns to face the now-empty pews in the church and belts out the chorus to “That’s What I Want.” Mascara streams down his face as he screams, “That’s what I fucking want!” and the screen fades to black. The last scene is not only a testament to Lil Nas X’s desire for true love, but also to self-love (after all, he quite literally marries himself). In its totality, the “That’s What I Want” music video is a masterful depiction of queer attraction, desire, and self-love in the face of heartbreak.