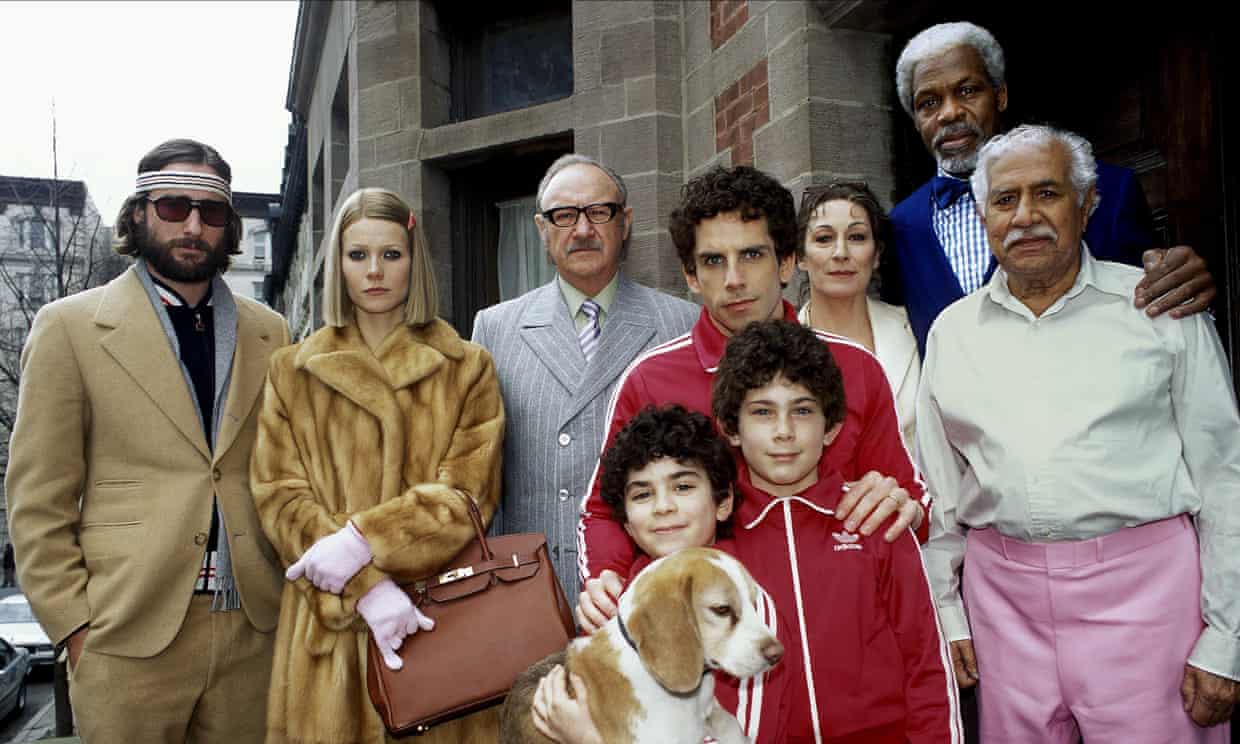 “The Royal Tenenbaums” is a quintessential Wes Anderson movie. Made in 2001, the film is quirky and stylized, with a highly saturated and vivid color palette that makes it ever so appealing to the eye. The plot centers around the titular Tenenbaum family, with Gene Hackman portraying the family’s unfaithful, dishonest, and largely-absent patriarch, Royal Tenenbaum. While the film is well done on many levels, with strong visuals and styling, it has one fatal flaw: its mishandling of POC characters.

For background, “The Royal Tenenbaums” tells the story of the three Tenenbaum children, former prodigies for whom greatness has come and gone, and their estranged father Royal’s efforts to win back their mother Etheline (Anjelica Huston) following their long-term separation. The story is told in a very idiosyncratic way, presenting itself as a series of separate chapters, like a novel. Moreover, while watching the film, it’s difficult to tell when exactly it takes place — characters dress in clothing from a wide array of different time periods, from old Western clothing to Adidas tracksuits. Artistic choices such as these are unconventional and visually enticing, and that may be the film’s greatest strength.

In spite of the film’s compelling cinematography, the plot leaves much to be desired. This isn’t to say that the storyline is poorly written or overly simplistic; on the contrary, the film stands as a humorous and intriguing portrait of life in a dysfunctional family. Anderson’s characters, much like the style of the film, are eccentric and fascinating to watch on screen. But the truth is that this film was made about two decades ago, written by two white men and featuring a predominantly white cast, and that fact unfortunately shines through. Henry Sherman (Danny Glover), the only Black character central to the film, is frequently dismissed and looked down on by other characters, particularly Royal. In the movie, Sherman is Etheline’s long-time business manager and friend, and his proposal to her is the catalyst for Royal’s schemes to win back her affection. In fact, the first words spoken to Royal regarding the news are “The black man asks her to be his wife,” by his servant Pagoda (Kumar Pallana), an Indian man, and the only other nonwhite character in the film besides Sherman. Royal’s reaction is nothing short of disgust, saying “I don’t like the sound of this one damn bit, Pagoda,” and “I mean, Lord knows I’ve had my share of infidelities. But she’s still my wife. And no goddamn two-bit chartered accountant is going to change that.”

The pure disdain with which Royal treats Sherman becomes even more apparent as the film progresses, at one point referring to him as “Coltrane” and going so far as to taunt him, saying that he cannot do anything about it. This clearly goes beyond just acting out of jealousy. At another point, Royal asks his son, Richie (Luke Wilson), “What do you think of that big old black buck moving in up there?”

This isn’t to suggest that Sherman’s race is a key plot point, or even the subject of much dialogue. But that’s exactly the issue; the audience is expected to treat such racial transgressions as throwaway lines, or the musings of a profoundly flawed old man. At the end of the film, through many trials and tribulations, Royal earns back his place in the family and has a sort of redemption arc. They acknowledge his failures both personally and as a parent but seem to have basically forgiven him. What that says, implicitly, to the audience, is that they should do the same and forgive him for the error of his ways. When a film sends that message, it does a disservice to people of color, and, despite the implicit message “The Royal Tenenbaums” sends, it simply can’t be forgiven.

It’s disappointing, to say the least. “The Royal Tenenbaums,” for what it’s worth, is whimsical, visually stunning, and masterful in its unorthodox way of storytelling. Who knows, perhaps Anderson would have been more thoughtful in the film’s treatment of POC characters had the film been made today. But the truth is that racism in film is still very present today, and “The Royal Tenenbaums” certainly did not play any part in advancing us forward.