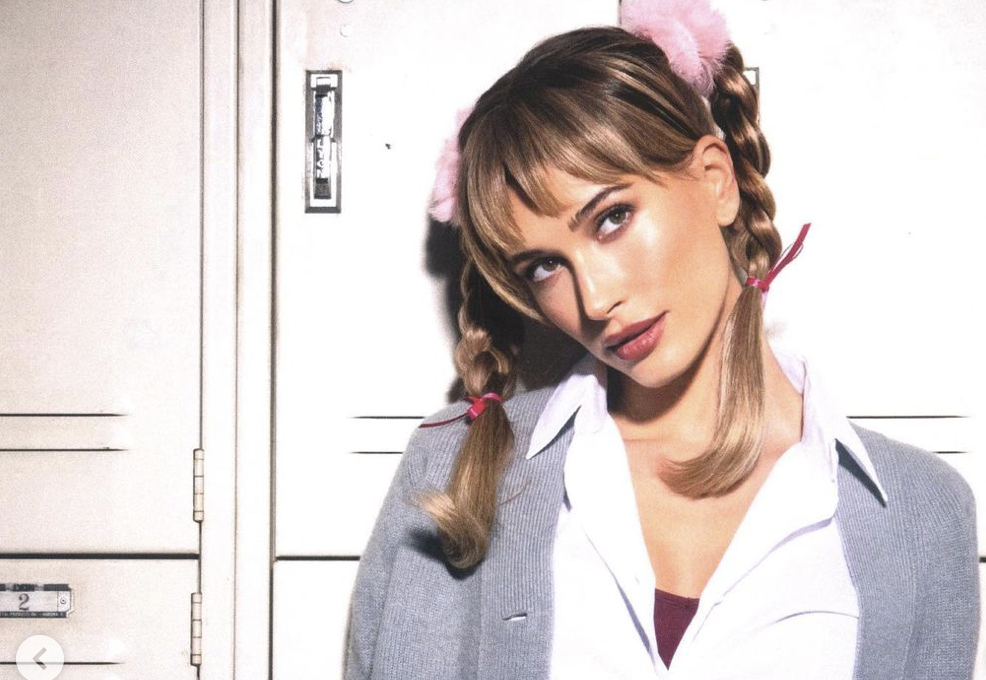 This year’s Halloweekend coincided with aggressive rain storms, families visiting campus, and the graduate student worker strike. But beyond the Harvard bubble, this year’s Halloween was the first to be celebrated outside of isolation in a while. With the combined powers of designer wardrobes and the best makeup artists money can buy, the celebrities we care so much about put forward their best Halloween looks in honor of our favorite pagan holiday. Here’s a list of the top five celebrity Halloween costumes from this past weekend, but with a twist. This year’s edition: costumes that college students could actually afford putting together.

5. Blackpink’s Lisa as that laser-shooting doll from “Squid Game”

Would it really be Halloween 2021 if we didn’t see at least a few costumes from this year’s most-discussed TV series? Lisa from Blackpink nailed the “Red Light, Green Light” doll costume, complete with a Squid Game invitation card hair clip. Black loafers and knee-high white socks are also now staples in every dark-academia enthusiast’s (or Hum10 student’s) wardrobe.

Mindy Kaling’s mind… the fact that she dressed up as our very own Natalie Choo ’22 from Harvard ASAP’s production of “Legally Blonde?” Amazing. Incredible. Show-stopping.

Do any of us have the means to hire those makeup and hairstylists with verified Instagram accounts? Probably not (yet). But, Hailey Bieber’s “...Baby One More Time” look could easily be achieved by the average college student: pigtail braids with pom-pom hair clips, a gray cardigan with a white crop top, and a pencil to effortlessly twirl in your hand. The red latex catsuit, probably not. Nevertheless, a great reminder to empower women and celebrate the legend that is Britney Spears.

2. Conan Gray as Rodrick Heffley from “Diary of a Wimpy Kid”

To the girls and the gays, this one’s for you. Conan Gray let us all know that he very much understands the dichotomy between what is considered “our Rodrick” and “not our Rodrick” with his rendition of the drum-banging, slightly illiterate older brother from everyone’s favorite elementary school book fair series. Gray sported a “Löded Diper” crop top (which we may or may not see in Urban Outfitters in the near future), black bootcut jeans with a gold trouser chain, and Doc Martens to complete the look.

Backwards red cap. Matching red jacket, unzipped to show the gray “Music *lightning symbol* Music” shirt. Skateboard propped over his shoulder. CNN gave it the “2021 award for the most meta Halloween costume.” (Dear CNN, please never use the word ‘meta’ ever again. Signed, everyone). Dressing up as Lenny Wosniak, a character he portrayed, from the early 2000s sitcom “30 Rock,” Steve Buscemi made it clear that he is, in fact, one of the kids. Not only that, but he actually handed out candy to trick-or-treaters! What a guy.