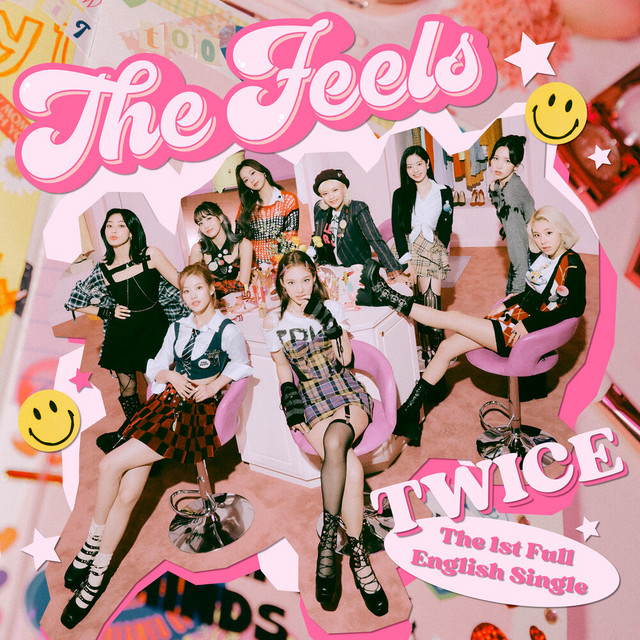 TWICE’s most recent single “The Feels” is not only a relatable pop song for teens experiencing first love worldwide, but also very much in line with the vivacious, confident brand that the artists have spent years building up. Since debuting in 2015, the K-pop girl group has built an industry monopoly on bright, bubbly, and cheerful music. “The Feels” is also the group’s first official attempt to extend their brand overseas with an all-English single.

From the moment Chaeyoung begins singing an echoed version of the post-chorus, listeners can instantly interpret the direction of “The Feels” — a song about the all-too-familiar feeling of falling in love. The single continues to explore the jitters and nervousness of that feeling through the use of very cliché phrases, such as “catching feels like butterflies,” “I know love / It is such a funny thing,” and “I can feel a real connection / A supernatural attraction.”

Despite the rudimentary lyrics, the design of the music itself better represents TWICE’s consistently high-quality work. “The Feels” has a consistent bass beat that ebbs and flows throughout the entirety of the song in order to mirror the fluttering feelings of love. For instance, when the pre-chorus begins, the song transitions into a slower, more fluid style, perhaps to emphasize that one specific moment when an individual is certain they like someone. After this unique segment, the song jumps into the catchy, joyous chorus led by TWICE’s leader Jihyo and lead vocalist Nayeon.

A significant portion of the allure of “The Feels” comes from the single’s relatability. The questions featured in the lyrics — like “Are we on the same vibe?” or “If your heart beats the same way / Let me know" — are ones that almost all of us have asked when first falling for someone.

In totality, “The Feels” does an excellent job of encompassing the all-consuming nature of love through its obsessive yet clichéd lyrics and the captivating nature of its disco style. Album after album and single after single, TWICE continues to display their dependable character as a top K-pop group.