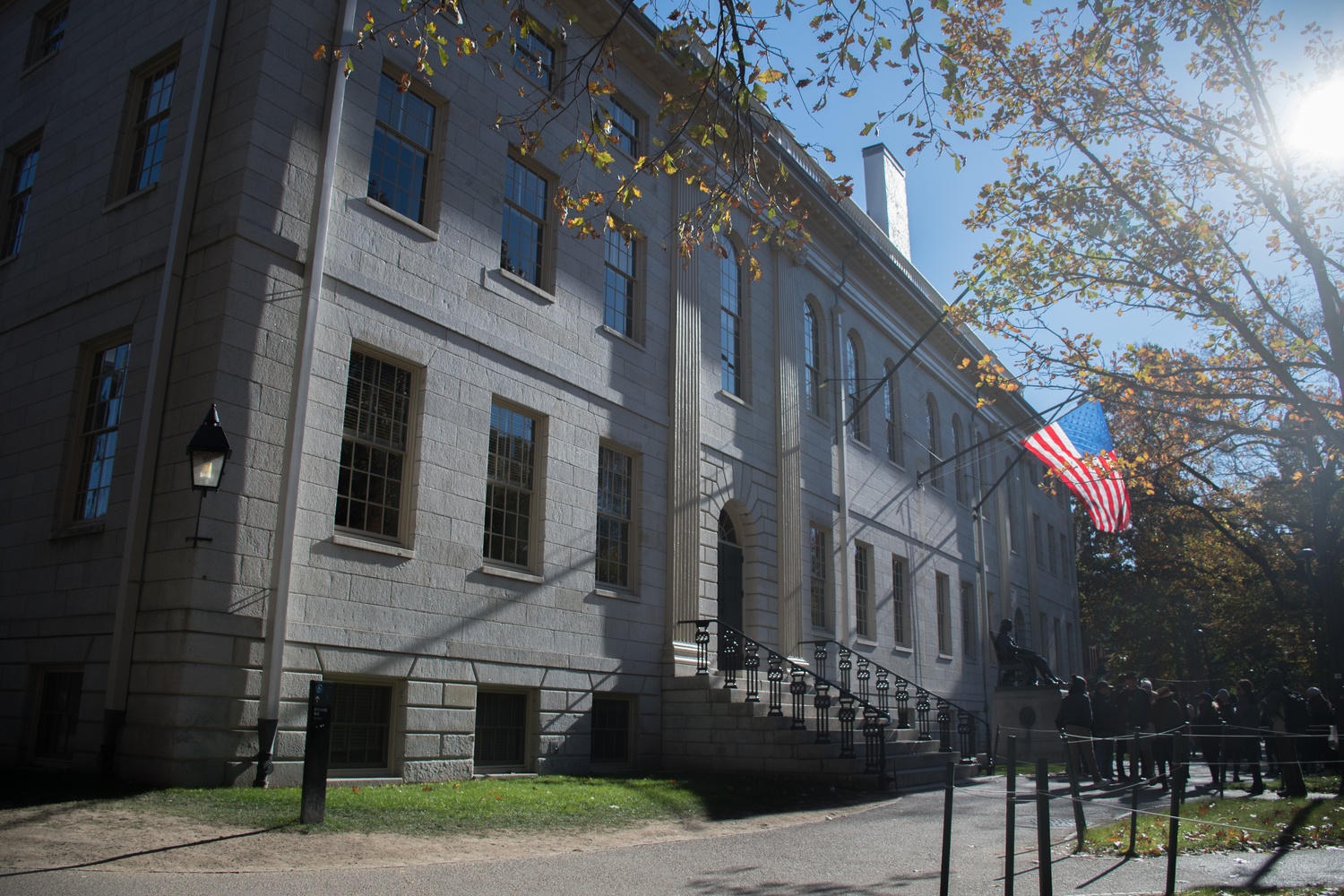 Forty-eight seniors learned Monday that they had been inducted into the Harvard chapter of the Phi Beta Kappa honor society. By Megan M. Ross
By Leah J. Teichholtz and Claire Yuan, Crimson Staff Writers

Forty-eight seniors learned Monday that they had been inducted into the Harvard chapter of the Phi Beta Kappa honor society, joining the “Junior 24” selected in the spring.

The academic honor society is the oldest in the country, and election signifies that a student’s coursework exhibits “excellence, reach, originality, and rigor,” per the chapter’s website.

Nominated students generally have received mostly As in classes and strong letters of recommendations. One final round of seniors will join the “Senior 48” and “Junior 24” in PBK shortly before Commencement, bringing total membership to no more than 10 percent of the graduating class.

The cohort represents all twelve houses and the Dudley Community. Of the 35 different concentrations represented, the greatest number of inductees are concentrating in Applied Mathematics, closely followed by Social Studies.

Lauren G. Fadiman ’21-’22, who is concentrating in Folklore and Mythology and Women, Gender, and Sexuality, shared the news with her family soon after receiving the email.

Economics concentrator Stella R. Feder ’22 learned that she had received the honor while packing her bag for Thanksgiving break. She wrote in an email that the first thing she did was call her grandparents.

“It meant a lot to them in particular — they have always been proud of academic achievement in the family,” Feder wrote. “Telling them was the most fulfilling part by far.”

Ruth H. Jaensubhakij ’22 texted her parents, who live in Singapore and were asleep when the news came out. Though they didn’t know what PBK was at first, they were “really excited” once they learned more, per Jaensubhakij.

Jaensubhakij added that she and other seniors have had an experience that has been “fragmented and so difficult” due to the pandemic, making induction into PBK especially meaningful.

“It’s a really good feeling to know that the time and heart that we’ve put in doing the whole virtual year, that it’s paid off,” Jaensubhakij said. “We can still be recognized for the time that we’ve spent working.”

“I’m also very cognizant that as much of an honor as it is, there are so many exceptional students at Harvard in my year, and that this is not an ultimate verdict on intelligence or talent or anything else,” Levine said. “It’s just an exciting opportunity, which I’m very grateful to be part of.”

History and Literature concentrator Michael B. Baick ’22 said receiving the honor is a result of an “incredible amount of support” over his years at Harvard. Baick added that he hopes to apply his education by helping others.

“I want to use what I’ve learned about making meaning and telling stories to make meaning and tell stories in this increasingly fragmented world that we’re inheriting,” Baick said. “I hope that no matter where I go, I’ll have the opportunity to keep learning and sharing.”

A complete list of the members of the Class of 2022 elected to the “Senior 48” is below: