‘An Evening With Silk Sonic’ Review: Smooth, Fun, and Nostalgic — Does It Get Much Better? 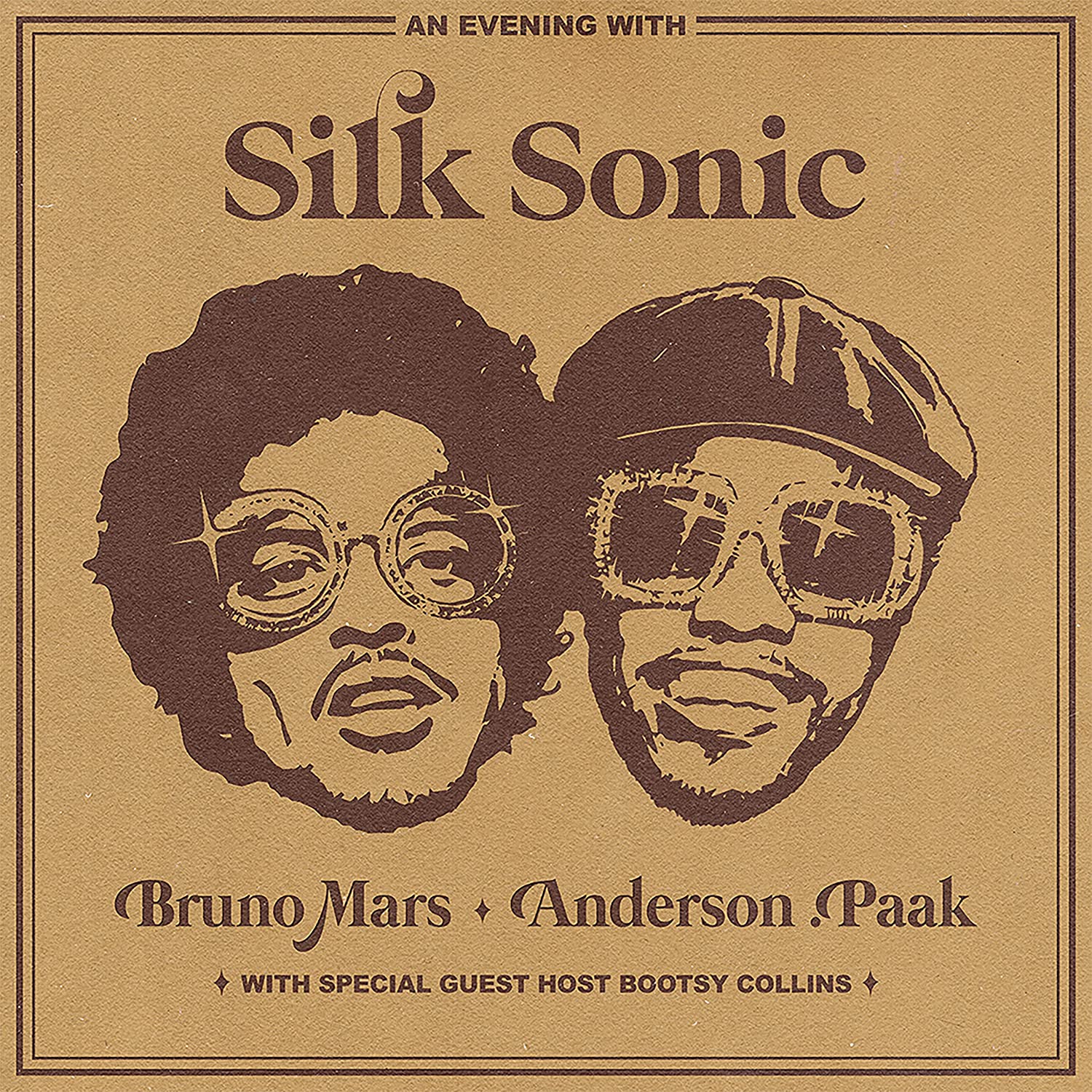 Nine songs. They won’t change your life, but if you had 31 minutes and 19 seconds left to live, it might be worth waving goodbye to your family and listening to this album.

The insanely anticipated album by Bruno Mars and Anderson .Paak was supposed to be the album of the summer but was unfortunately delayed — but now it’s here, and it’s better late than never. Bruno Mars and Anderson .Paak are a duo listeners never asked for but absolutely needed. Mars’ voice has the smoothness of a silk scarf, while Paak’s is like the sweet sparkle of a nice glass of champagne.

Both artists have had their fair share of commercial success, with a combined total of 34 Grammy nominations and 15 wins, but within their own musical realms. Anderson .Paak has always been known for his unbelievable musical versatility and unique sound, but I had never really seen Bruno Mars as more than an incredibly talented singer with a knack for making mainstream radio hits.

The combination of the two, however, have produced some of the most fun tracks of the year. This album is a complete throwback to the ‘70s with the help of Bootsy Collins’ and Thundercat’s funky bass lines. They know that they have perfectly captured the nostalgic sound of the ’70s and make sure that the audience knows it too, milking their incredible vocal range and stylistic versatility while delivering often hilarious and fun lines.

The first track already lures the listener in with the glamorous ‘70s sound that they so effortlessly and masterfully showcase with their vocals and instruments — an absolutely perfect hint at the sound of the album. Not to mention Bootsy Collins’ smooth voice that just perfectly immerses listeners in their gorgeous sound. “Leave The Door Open,” their first single that shocked the world, is the soulful and euphoric opening song that makes it clear that this album is not messing around when it comes to being smooth. Their voices are only complemented by how they boast their lavish lifestyle, making their humorous lyrics just a little more fun.

“After Last Night” dims the lights and lights the candles. This song is a concoction of sexy vocals and instrumentals, especially the subtle electric guitar that intoxicates listeners, especially with the key change near the end of the song. For their next song “Smokin Out The Window,” they turn the lights back on but step into the back of a Mercedes Benz and roll down the windows. Here, .Paak delivers some hilarious lines like “Not to be dramatic, but I wanna die” and “I also hope that your triflin' ass is walkin' 'round barefoot in these streets.” Only .Paak can make these ridiculous lines sound that good.

The best song of the album has to be “Put On A Smile,” the only somewhat melancholic song of the bunch, but it still has me grinning throughout. Mars goes absolutely crazy with the vocals, especially in the last chorus, showing off his insane falsetto over constantly changing keys and some juicy chords like the C7sus4(b9). However, it is followed by two of the weaker tracks on the album: “777” and “Blast Off.” These two often just feel like a lesser version of other tracks like “Fly As Me” and “Leave The Door Open,” and in an album with only eight complete songs, two misses feel like a lot. That being said, they are not necessarily bad tracks; they are just not on par with the rest of the album.

All in all, this album is just so incredibly fun. Is there any deep meaning behind the album? No. Is it meant to be taken seriously and considered a revolutionary album? No, and reading into the album further than just fun and criticizing it for its lack of meaning is a waste of everyone’s time. It is a prime example of a couple unimaginably talented musicians getting together and jamming out and making fun music that they like. Does it really get any better than that?

— Staff writer Eugene Ye can be reached at eugene.ye@thecrimson.com.