‘The World to Come’ Review: A Bleak Portrait of the World Today 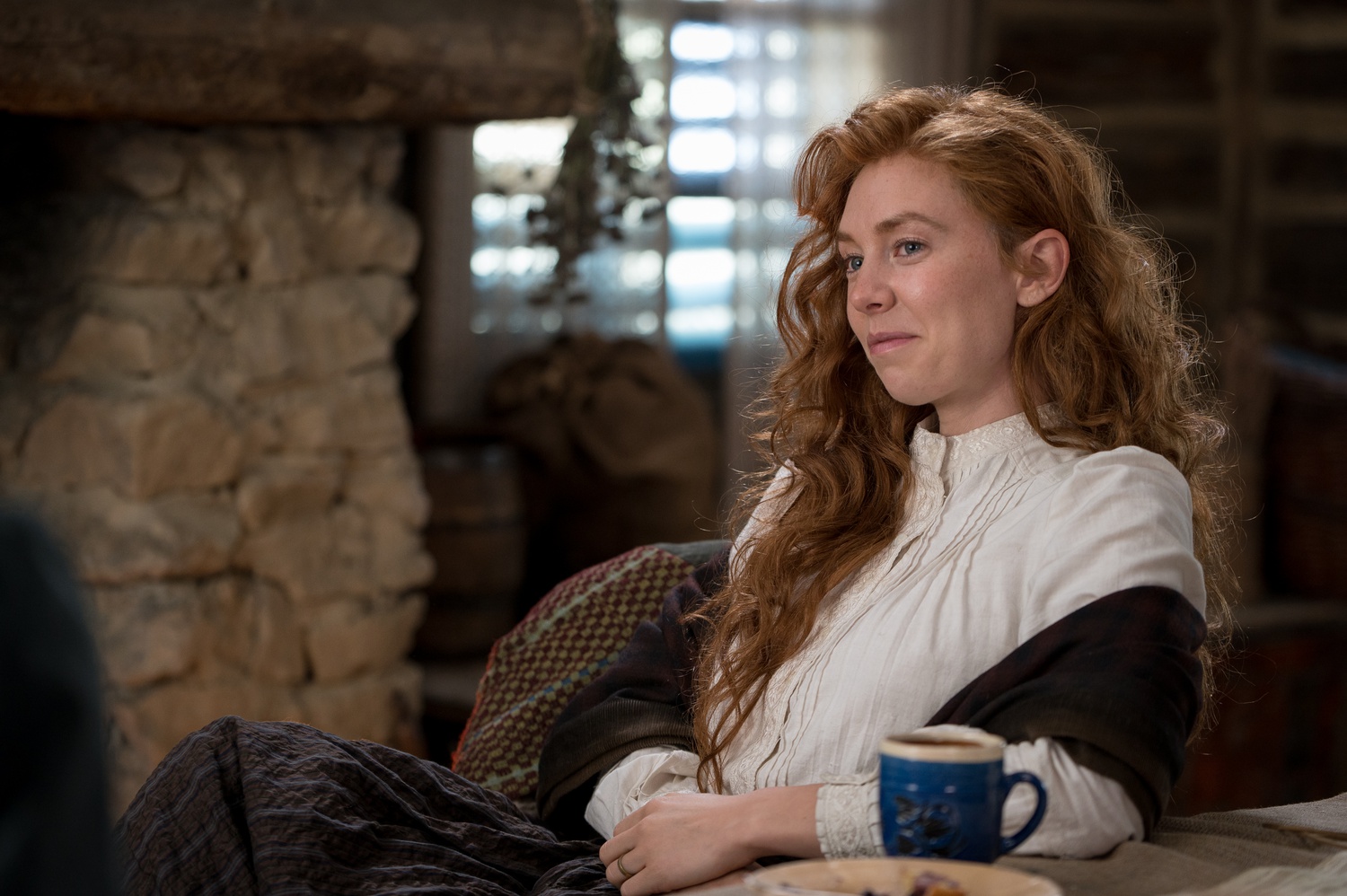 Vanessa Kirby stars as Tally in "The World to Come" (2021), directed by Mona Fastvold. By Courtesy of Bleecker Street/Vlad Cioplea
By Megan Gamino, Contributing Writer

Two beautiful white women with long hair meet by chance before the onset of the 19th century. They find solace, companionship, and even love in each other’s company. By the end of the movie, they’ll go their separate ways, never to reunite. What film am I talking about? Following the releases of “Portrait of a Lady on Fire” (2019) and “Ammonite” (2020), “The World to Come” is another in a string of moderately sad queer period pieces. While “Portrait” is about women’s art, and “Ammonite” is about women’s work, ultimately, “The World to Come” highlights the particular bleakness that women face in this world.

“The World to Come” is a drama about two families in an 1856 farming community in upstate New York. The story is told through the eyes and words of Abigail (Katherine Waterson) as she records the year in a written diary to parallel the farm ledger of her husband (Casey Affleck). When newcomers Tallie and Finney begin renting the neighboring farm, Tallie and Abigail form a relationship that sustains them both through the bleakness of their difficult lives and struggling marriages.

From the first entry of Abigail’s diary, the film builds an incredible sense of weariness and dread. Daniel Blumberg’s score emphasizes this, using a limited set of notes to instill a sense of repetition and inescapability. The music blends seamlessly into both howling winter winds and quiet walks down dirt paths. It becomes almost painfully repetitive with each new hurdle the characters face. Mona Fastvold’s direction is powerful and controlled. She creates a tense atmosphere reminiscent of the supernatural despair in “The Witch” (2015). At every moment, viewers are waiting for the next hardship. The use of the diary as a plot device is extremely effective in building this feeling of waiting and wanting through the mundane, a painfully relatable feeling after nearly a year in quarantine.

The bleak atmosphere is sharpened when played in contrast to Abigail and Tallie’s budding relationship. The actors have an easy and natural chemistry, and it’s hard not to fall for Vanessa Kirby’s dry charm delivered through a smooth American accent. Katherine Waterson brings life to Abigail’s pain and her joy with equal deft. However, the queerness of the film feels somewhat forced. The progression of the story doesn’t seem to be particularly impacted or affected by the fact that either of these women are queer. This may be a reflection of the script itself being written by two straight men, based on a short story by one of them. Lesbianism seems to be used as a shortcut to tell the story of two failing straight marriages, instead of being a trait that impacts the characters in a deeper way. The queerness feels very surface level and more like an appeal to representation politics than something integral to the film.

The shallow depiction of lesbianism leaves something to be desired, but not to the point of detracting from the rest of the film. The same can’t be said, however, for the involvement of actor and producer Casey Affleck. After initially denying and dismissing allegations of sexual harassment on a set in 2010, Affleck later settled out of court and years later admitted that the behavior around then was merely “unprofessional.” His unrepentant presence in a film about the systemic barriers that women face is almost too on-the-nose. In a line bordering on self-awareness, Affleck’s character is described as feeling like “he can never truly rid himself of his burdens.” Although he faced some backlash at the beginning of the #MeToo movement, it’s frustrating to see that Affleck no longer seems to feel any burden of his past behavior as he continues to take on new projects. “The World to Come” is a decent story and a strong example of Mona Fastvold’s directorial ability, but between the grim message and the objectionable production team, it leaves a sour taste behind.