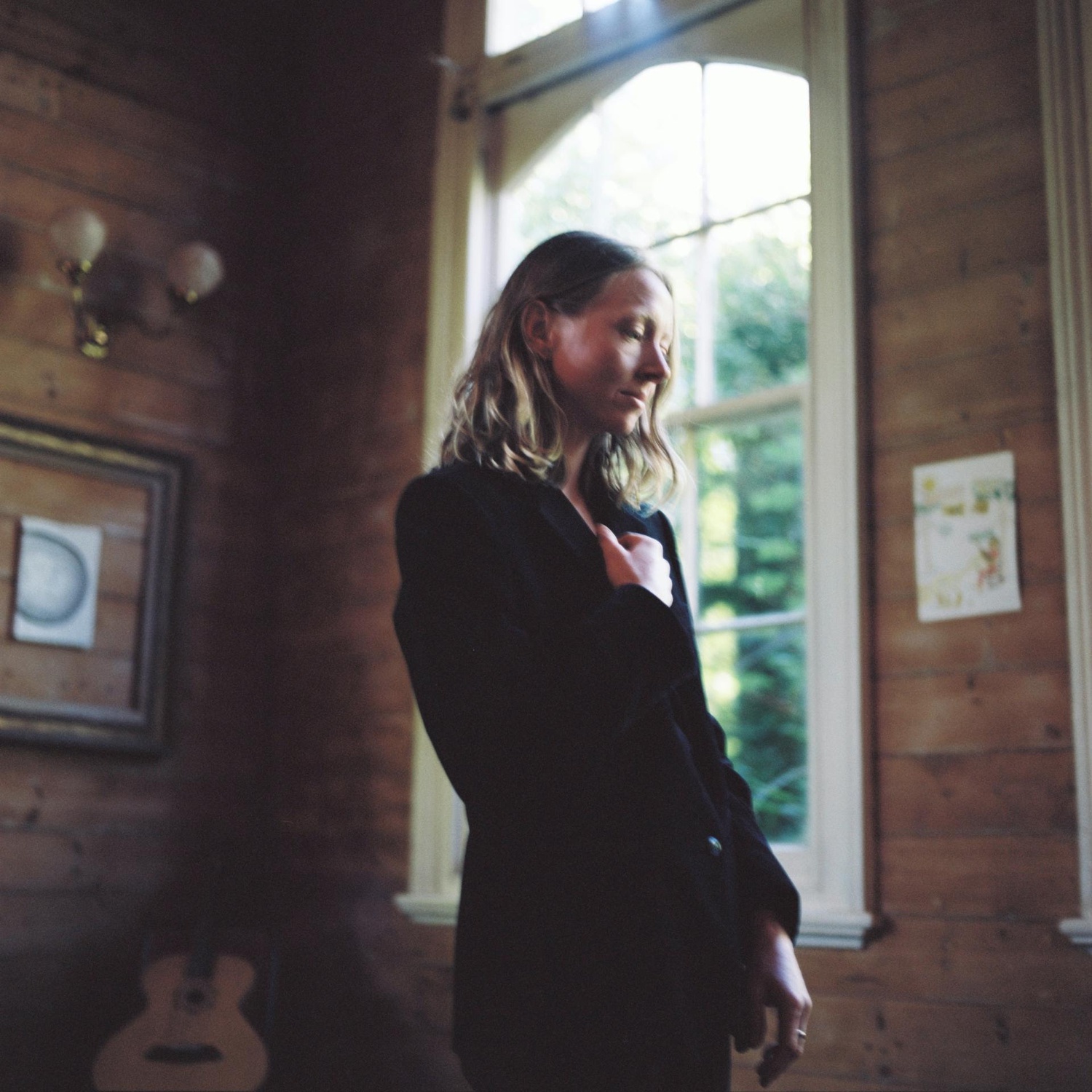 Cover art for Harmony Byrne's EP "The Songs I Sing When No One Is Listening." By Courtesy of Allen Road Music / Harmony Byrne
By Chloe E. W. Levine, Crimson Staff Writer

It’s morning in Australia’s Dja Dja Wurrung country, and even over an international phone line, the songbirds’ celebrations lilt in and out of tune with singer-songwriter Harmony Byrne’s laugh. “Those little songbirds, I tell you, healed me so much!” Byrne says. She’s been living alongside them in the bush of Victoria — sans studio, company, or car — since the onset of the Covid-19 pandemic last year. There, Byrne and the birds in the background recorded “The Songs I Sing When No One Is Listening,” an EP sent forth from the wilderness on Jan. 22 by a self-described “custodian of love.”

Like so many things since last March, this project was never part of Byrne’s plan. She was gearing up for the release of “Heavy Doors,” her genre-bending debut album a decade in the making, when a difficult year dealt her a one-two punch: lockdown and lost love. “It felt like a choice to become completely self-destructive or … destruct that fear, and that pain, and that loneliness,” she says. So Byrne bought a microphone, plugged it into a computer, and chose to chase beauty even in deeply unbeautiful times. Singing was a kind of self-healing. She never intended to share the results.

“There’s a big surrender that happened in releasing this EP, accepting it for what it was,” Byrne says. Writing and recording in a makeshift quarantine set-up meant swapping the bluesy brutalism of her studio work for barebones arrangements on an acoustic guitar. But given the chance to re-record her five new tracks in a sleeker setting, she ultimately opted to stick with the more stripped-down versions. As with her “Heavy Doors” vocal guide tracks, many of which unexpectedly made it into the final mixes, Byrne is intrigued by the authenticity of the originals. “You’re more natural when you think no one’s watching,” she says. “We create a beautiful world by sharing our gifts and our honest selves with the world, in our most natural way.”

Byrne seems to conjure up an endless supply of such aphorisms when she talks about music. Over time, the effect is holographic, producing a shimmering impression of her spiritual relationship to sound. As a child, she sang with her family’s church community; today, her songwriting philosophy is still rooted in the belief that “you’re a divine creation” and a voice is a gift. Even after years of writing and performing professionally, music remains mystical for Byrne. “I can’t even begin to understand what it really is,” she says. “It’s just magic. It’s just so powerful and moving. It’s the most beautiful relationship I have in my life that remains. It’s my one true love.”

One thing is certain, though: Music brings Byrne comfort. In the face of loss, songwriting helps prepare her heart for the long, steady process of recovery. Ever humble, she resists the implication that she could do the same for her listeners, but hopes her music inspires them to share their own stories. “I can’t really offer any healing, or any explanation or answer for why things are the way they are,” she says. “But I can hear you, and I can see you, and I can hold that.”

Now more than ever, Byrne believes, we need support. The world prizes the constraints of artificial beauty and strength — like auto-tune, which she mirthfully eschews — even (or maybe especially) when they harm people. “It’s a really confusing place to be: a part of these systems that seem to be built upon our pain,” Byrne says. But against all odds, she’s not cynical: She’s disappointed. “It’s really sad,” she says, her voice giving way a little. “We’re just these tender little things.”

Maybe Byrne’s new music can’t heal, but it can help by reminding listeners that they are not alone: “Love, family, and nature holds you, and it does love you, and it does care,” she says. She describes the first single from the EP, “The Good Days and The Bad Days,” as a mother’s voice reassuring a child that feeling broken and being broken are not the same thing. Her lyrical insight provides a tuneful echo of her conversational wisdom, shaping heartbreakingly true lines like, “Don’t question the good days, and don’t feel bad for the bad / It’s not your fault you can’t find happiness in a world that doesn’t care when you’re sad.” Byrne is singing to herself here, too. “There’s a thought in my head: ‘Oh, I’m always too much, I’m too much,’” she acknowledges. “And then I’m like, ‘Well, maybe you’re just enough.’”

So Byrne showed herself grace and released these five tracks, embracing their imperfections. Nowhere is her vulnerability more obvious than “Sparrow,” a love song which invites listeners into her sense memories and offers them new metrics for tenderness. About a minute and a half before the end of the track, Byrne’s controlled vibrato unravels, and suddenly, she’s singing the word “breathe” through halting tears, over and over again. The song is not about heartbreak, but the singer is heartbroken. It’s a shocking moment of honesty.

After pushing through to the end of the take, Byrne collected herself and recorded “Sparrow” again, but when listening back, she heard the familiar choir of songbirds accompanying her crying. “The birds told me that this is the one,” she says. “I just don’t think there’s any shame in showing our humanness.”

For Byrne, art is an expression of truth: It should be crafted, but never cultivated. And singers can connect best when they come as they are. Through the negative space on this minimalist EP, listeners can catch a glimpse of Byrne at her most sincere. That kind of openness, she believes, is both her privilege and her responsibility. “I feel like it is a gift,” she says. “Not just for myself, but for other people to share. And that’s my way of contributing somewhat to my community, and to the greater community of the world.”

“The Songs I Sing When No One Is Listening” is streaming now.