What the Hell Happened: The Unhinged Criticism of Chloe Bailey’s Self-Expression 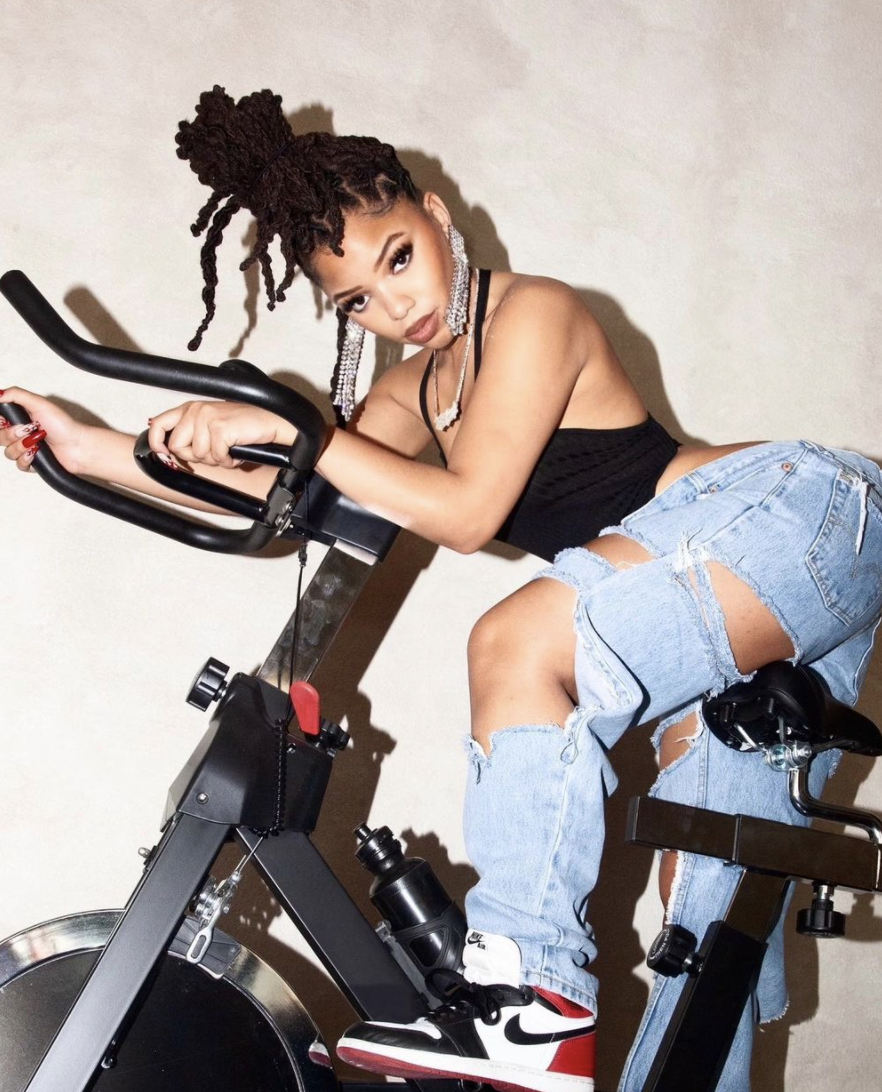 Chloe Bailey rides a stationary bike in an Instagram post. By Courtesy of Chloe Bailey @chloebailey
By Aarya A. Kaushik, Contributing Writer

Chloe and Halle Bailey are inseparable in both their sisterhood and their musical partnership as Chloe x Halle. They’ve had a joint Instagram account for their entire career — that is, until now. On Jan. 19, each sister created her own personal social media account because Halle is away in London filming Disney’s upcoming live-action adaptation of “The Little Mermaid.”

This social media split has been accompanied by rumors that the girls might be headed toward solo careers, but the Bailey sisters seem as close and unified as ever. In their post announcing the new personal accounts, the caption reads: “still an ocean even when we are two seas.”

Chloe’s Instagram, in particular, has garnered a lot of attention — and hateful comments. She recently shared videos of her doing the Buss it challenge, lighting sage in her underwear, and partaking in the silhouette challenge, showing off a more skillfully choreographed sensuous dance routine than most other participants. These videos and her somewhat provocative photos seem to showcase a young woman coming into herself and having fun with her womanhood, while exuding vibrant style. But a lot of people have not been so receptive of her newfound self-expression.

She took to Instagram Live to discuss how those negative slut-shaming and body-shaming comments have been affecting her, emphasizing an empowering message: “For every woman out there, don’t change who you are to make society feel comfortable.” She opened up about her challenging journey with self-love and body positivity, the topic of which brought her to tears.

She has always presented herself as a force to be reckoned with: Her signature deep vocals are reminiscent of classic R&B artists, while her dynamic stage presence draws from the energetic performance style of Beyoncé. After all, Queen Bey did discover the Bailey sisters, and they are signed to her label. The good news is that, following the Instagram Live, Chloe was flooded with support and solidarity from her sister, as well as from famous fans like Gabrielle Union and Halle Berry.

Sadly, the hyper-sexualization Chloe has been facing is not dissimilar to the experiences of other Black women in the music industry. So the question is, why are Black women so often vilified and villainized for being unabashedly themselves? Is it because society has a deeply embedded problem with seeing Black women happy, successful, and authentic? The verbal abuse and vitriol thrown at Chloe calls to mind a recent discussion of misogynoir in the music industry and how heavy the effects can be on Black women, who so often bear the brunt of structural sexism.

These are complex matters, but Chloe has made one thing clear: She won’t be letting anyone or anything get in the way of her self-assertion. “Twirl on ‘em haters”: A true student of Beyoncé, she practices what she preaches.