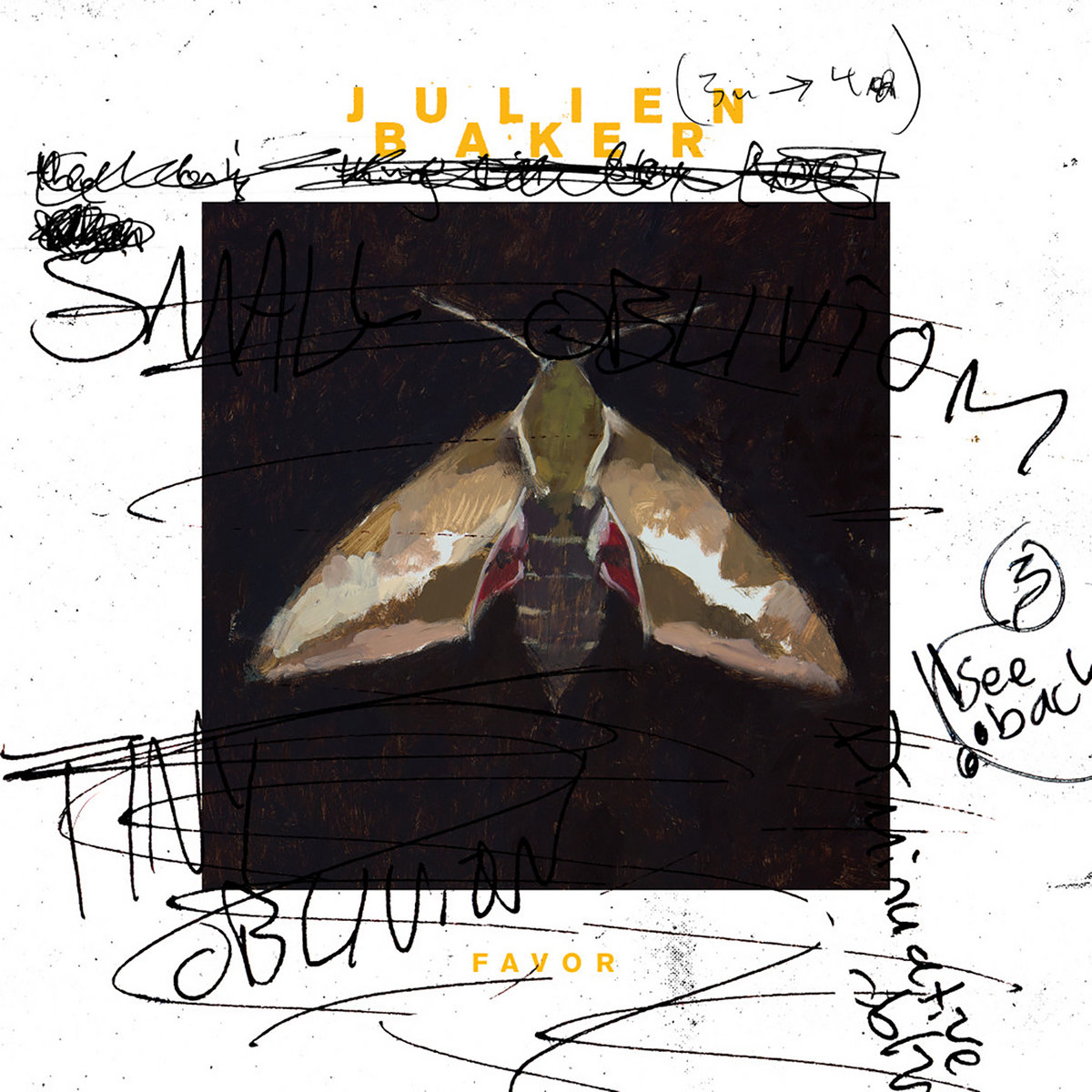 Julien Baker’s rapid rise through the ranks of rock raised a question: If writing songs about feeling alone and unloved makes people care after all, what do you write about next? With “Favor,” the third and final single preceding the Feb. 26 release of her album “Little Oblivions,” Baker answers by reminding listeners that feeling lonely doesn’t require being alone.

“Favor,” like almost all of Baker’s songs, offers a glimpse into her experience living with depression and obsessive compulsive disorder. Her critically acclaimed sophomore album, “Turn Out the Lights,” left her exposed in the gaping center of cavernous arrangements, choking out devastating lyrics about her mental illness such as “Maybe it’s all gonna turn out all right / And I know that it’s not, but I have to believe that it is” and “The harder I swim, the faster I sink.” Despite lush harmonies and the perennial plucking of clean electric guitars, Baker’s music is raw, visceral. She sings as though her melodies are emotional exfoliants, her heart stinging as she screams out the final notes of each track.

But mournfully bleating “nobody’s worried about me,” as Baker does on the 2017 track “Sour Breath,” would ring false in 2021. Since “Turn Out the Lights,” she has firmly situated herself in the female-driven contemporary rock scene populated by steady beats, pedestrian imagery (with a metaphorical punch), and stories of personal trauma. The self-titled EP “boygenius” from her power trio, in which she sings alongside songstress Lucy Dacus and college-radio royalty Phoebe Bridgers, solidified her status. Baker, a lone wolf by self-definition, is now indisputably part of a sonic community.

Baker’s newfound relationships show in her latest arrangements: “Favor,” like her other recent singles, betrays influence from her “boygenius” collaborators. The doubled melody and thick guitar in the middle of the mix, sometimes obscuring the words? Taken straight from Bridgers. The relentless emphasis on the third beat of every measure? A Dacus staple. And in a literal sense, of course, the band’s back together again in the backing vocals, a substitute fanfare heralding the impact of “boygenius” on Baker’s new batch of solo music in advance of the “Little Oblivions” release.

Baker tackles friendship in the lyrics of “Favor,” too. They describe the way depression distorts interpersonal relationships, sometimes twisting them beyond recognition — but unlike with the bulk of Baker’s previous music, they do not concede those relationships to illness altogether. This time, the unnamed friends love the singer in spite of her problems, so much that they save her from herself: “Who put me in your way to find? / And what right had you not to let me die?” Baker sings, her voice close to collapsing under its own weight. Still, the singer has trouble feeling their care (or they have trouble showing it, depending on whom you listen to). In a particularly striking second-verse image, an unnamed companion rescues a moth from the grill of a truck with what the quietly jealous singer claims is more gentleness than she’s ever known from them: “How come it’s so much easier / With anything less than human / Letting yourself be tender?”

These stories still take listeners to the brink of heartbreak, because four years after “Turn Out the Lights,” Baker’s music is still hurting. Finding a community is far from a cure; that causal chain would be the streamlined stuff of fairytales, and she’s built a career on complications. The solutions proffered in “Favor” are no simpler. For all the talk of tenderness, she later divulges, “If I had my way / I’d have missed you more / Than you missed me.” No one but Baker could use such ordinary language to cut so deep. Amid an osmotically altered soundscape and the wrinkles of new social dynamics, she is the same songwriter: honest, relatable, and unapologetically tangled up in her own trains of thought.

— Staff writer Chloe E.W. Levine can be reached at chloe.levine@thecrimson.com.