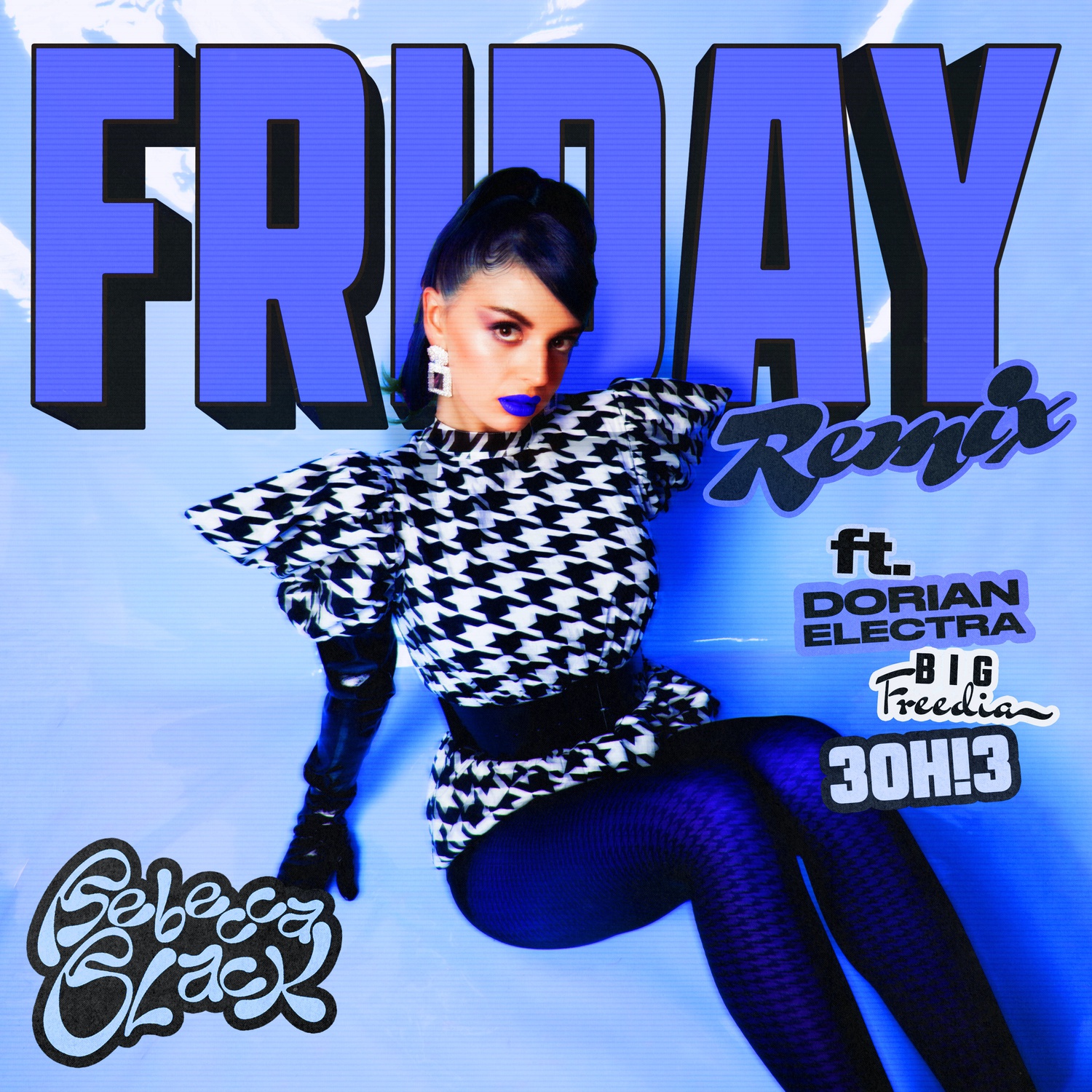 In her newest single, a remix of her iconic “Friday,” Rebecca Black takes listeners on a chaotic, strobe-light-filled trip to 2010s internet meme culture’s heyday that will have listeners once again unconsciously humming, “It's Friday, Friday / Gotta get down on Friday.” But perhaps more significant feature of this unexpected remix is Black’s reclamation of “Friday'' for herself after dealing with online bullying and mockery since the original song’s release.

February 10, 2021 marked 10 years (or approximately 522 Fridays) since the original release of Rebecca Black’s polarizing yet extremely catchy anthem “Friday.” A few days before this decennial anniversary, Black tweeted that the original “Friday” had been certified gold by the Recording Industry Association of America and that she would be dropping a surprise remix of the song 10 years after its initial release. With features from Dorian Electra, Big Freedia, and 3OH!3, the new version turns the original bubblegum pop song upside down to create the ideal glorious and chaotic hyperpop meme for 2021.

In a stark contrast from the suburban, home video aesthetics of the 2011 version, the new music video’s opening warning for strobe lights hints at the song’s complete transformation. A drastically different, mature version of Rebecca Black now sports leather and blue spikes instead of jeans and backpacks. At the same time, however, the music video makes nods to the original’s meme-like quality by including troll faces and other iconic images that allude to 2011 pop culture. As for the song itself, there is never a dull moment: When the chipmunk-like vocals are just about to become grating, the features from Dorian Electra, Big Freedia and 3OH!3 inject new changes by introducing slower, melodic verses or intense, head-banging rap verses. If the original “Friday” represented the joys of the school bell ringing at 3:00 p.m., this revamped version represents the chaos of late Friday evenings complete with strobe lights, hyperpop vocals, and driving rhythms.

With its overload of autotuned vocals and loud electronic instrumentals, the song may not be everyone’s cup of tea, but Black deserves credit for reclaiming “Friday.” Many can remember how Black experienced online abuse and bullying after the song’s unexpected rise to fame when she was just 13. Seemingly overnight, she received hate messages, dislikes, and parodies from all corners of the internet, but with this new remix of “Friday,” Rebecca Black embraces the bizarre, whimsical quirks of the original — even turning them up a notch to make it her own purposefully chaotic song. Despite what the previous backlash for her usage of autotune may suggest, Black can actually sing and make music, as evidenced by her other latest release: the more mainstream, moody pop “Girlfriend.”

As Rebecca Black transitions into making music that she, not the internet, gets to define, this remix of “Friday” is just a fun nod to her unique start in music. Nonetheless, there is no shame in singing along to “It's Friday, Friday / Gotta get down on Friday,” 10 years later.