‘Sir’ Review: A Masterful Study of Class through Love 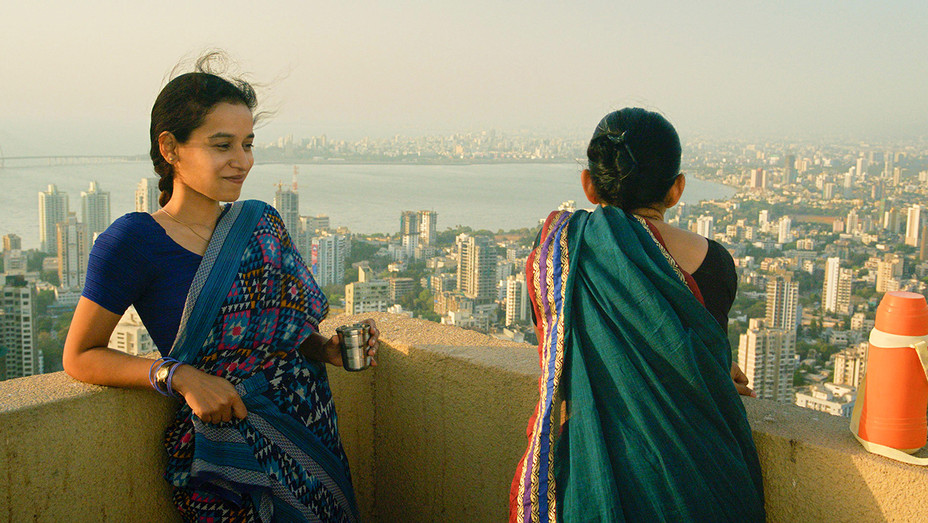 Is love enough? Writer-director Rohena Gera’s heart-piercing film “Sir” examines this question by exploring the possibility of love across class in contemporary Indian society. Set in Mumbai, the film follows the unlikely love story of Ratna (Tillotama Shome), an in-house servant, and Ashwin (Vivek Gomber), her wealthy architect employer. In using the delicacy of forbidden love as a lens to view class divide, “Sir“ not only reveals the intrinsically alienating nature of the class system, but also forces us to reckon with our own complicity in propagating such a social structure. From the moody cinematography to the sharp editing, the film shines — largely due to Gera’s sensitive writing and the fully-realized acting performances.

Gera’s story stands out because it breaks away from the mostly gimmicky template of a rich-boy-poor-girl love story. Too often, love stories so focused on class divides are either presented as highly exploitative or unrealistically simplistic, but thankfully, Gera isn’t interested in either extreme. In fact, Gera treats Ratna and Ashwin’s love story no differently than the story of any other sincere couple who first develop respect and admiration for one another, then love. It is perhaps in doing exactly that, that this film reveals the hardship class divides pose at every stage of love. For example, the first time Ashwin aimlessly calls Ratna purely out of longing for her, we realize that even private moments cannot escape the deeply internalized class structure. Though Ratna realizes what the call means as she pauses for a moment, she cannot help but ask “Kuch kaam tha kya?” (Did you need something?). Similarly, at one point, Ratna is elated that Ashwin chooses to wear a shirt she handmade for him, but asks him to not tell anyone that she made the shirt. Their worlds are barely allowed to collide in material exchanges, let alone romantic ones. It’s these sorts of subtle moments throughout the film that underscore the difficulty of love across class barriers, but also question the larger inhumanness of this stratification that we have so easily adapted to.

While Gera’s writing confronts us with these issues, she never judges any of her characters. Whether it is Ashwin’s friend telling Ashwin that he can’t date his maid or Ratna’s friend Laxmi continuing to work at her employer’s place despite being abused, Gera empathizes with everyone. To her, everyone’s livelihood and imagination are equally caged by the class system.

One of the film’s most interesting subthemes is the way class colonizes ambition. For example, when Ratna first tells Ashwin that she wants to be a fashion designer, Ashwin doubts her, to which Ratna simply asks “Nahi Ban Sakti Kya?” (Can I not be one?). Ashwin’s intervention, though not malicious, showcases how class limits our conception of dreams, even for the most progressive of minds. While “Sir” makes us aware of these boundaries, it doesn’t lack hope. Ratna’s character, in fact, is an embodiment of the optimism to break out of one’s circumstances. In addition to working at Ashwin’s place, she takes up tailoring courses on the side and eventually lands a job in fashion designing.

Elevating Gera’s writing are the vulnerable portrayals of Ratna and Ashwin. Gomber brings a sense of brokenness and earnestness to Ashwin. His best moment in the film comes when he finally acts on his frustration and asks Ratna if she would ever be with him. Some of Shome’s most striking moments, however, are ones where she is by herself. For example, in the scene where she rushes to answer Ashwin’s phone call, she fixes her saree as if she’s meeting him in person. And, needless to say, both Gomber and Shome create an irresistible chemistry together that draws on silences and expressions more than actions and words.

Finally, the film ends with Ratna calling Ashwin by his name for the first time, not “Sir.” And while this hopeful note of reciprocity is uplifting, it’s worth noting that this is how most love stories would start — a reminder, perhaps, of how far we have to go.