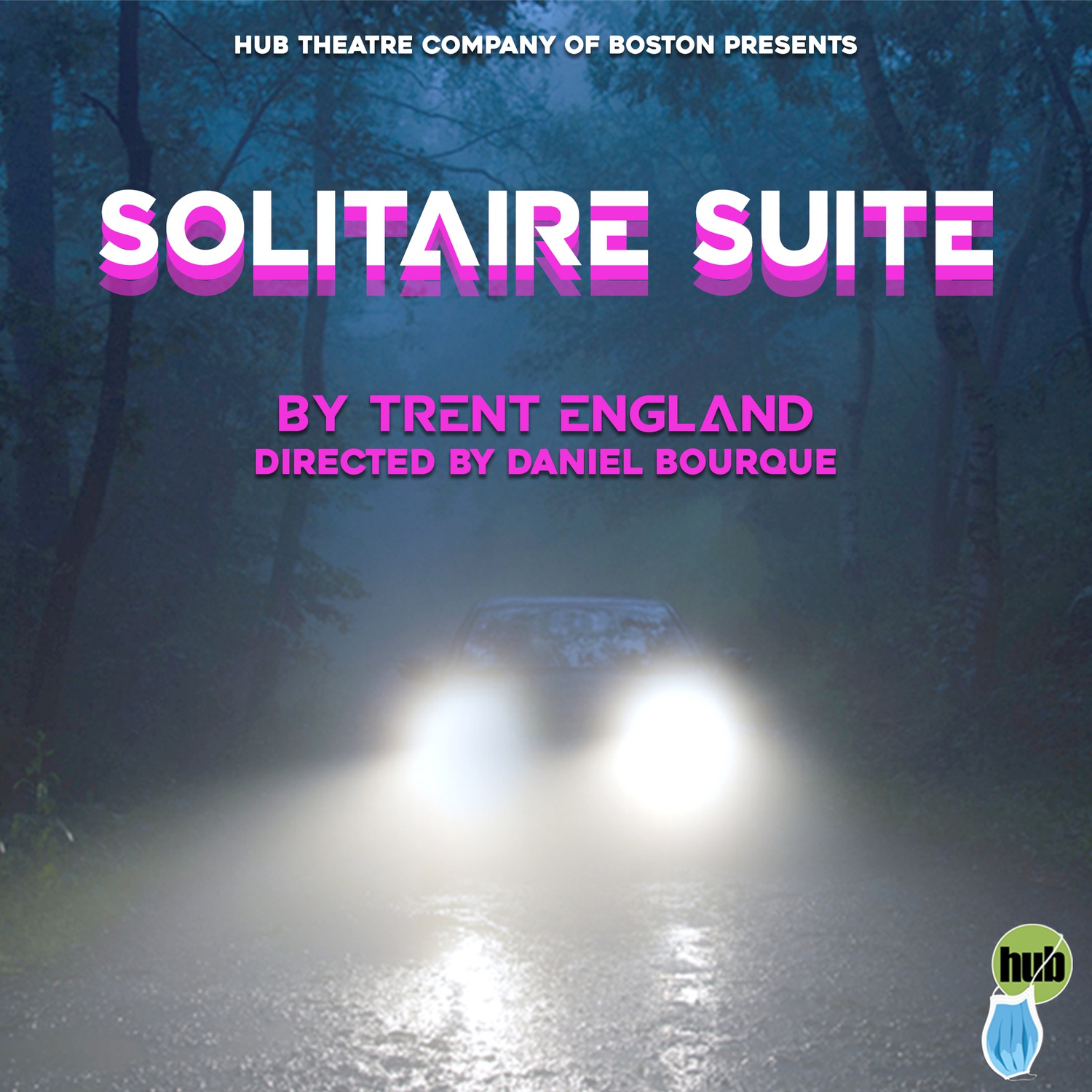 Theaters around the country may be closed, but the switch from the stage to the computer screen hasn’t hindered the Hub Theatre Company of Boston, which is preparing for a virtual production of the new play “Solitaire Suite.” Written by Trent England and directed by Daniel Bourque, the play streams live on Feb. 20, 26, and 27 at 7:30 p.m. and on Feb. 21 at 4 p.m.

Described on Hub’s website as “The Twilight Zone meets Zoom,” the show follows Celeste, Pete, and their son Tiger on an ominous drive through the countryside that will ultimately change their lives. Producing artistic director Lauren Elias, who co-founded the Hub with John Geoffrion in 2012, hopes that the production’s themes will resonate with audiences during these unstable times. “What I love is that in this play, Celeste is really able to point to that moment,” she said: “the ‘point of no return.’ I think as we come up on the one-year anniversary of the pandemic, everyone can sort of point to that last normal day they had.”

For playwright England, these connections are a bittersweet coincidence, as “Solitaire Suite” was written early last year before the pandemic. “Celeste, she’s increasingly alone due to external circumstances, and that just kind of happens to be how we all live now,” he said. “A lot of us are surrounded by family or roommates and we’re kind of around people all the time, but we increasingly are feeling kind of lonely.”

For the actors, who double as their own set, costume, and lighting designers due to the remote process, the virtual nature of the show has produced a unique set of benefits and challenges. “It’s an extra exercise in imagination,” Marty Mason, who portrays Celeste, said. “I’m turning and talking to my wall and then I’m pretending there’s a person there. It’s kind of neat to stretch yourself in that way.”

Still, Mason said she misses the rehearsal room when working on virtual theater projects. Michael Lin, who plays Tiger, agreed. “I think a lot of people underestimate the way that physical space and interaction helps with the sense memory of a performance,” he said. “Feeding off of energy and off of proximity with your fellow actors is something that’s terribly missing from the medium.” As director, Bourque also faces new challenges, like achieving a cohesive aesthetic or allowing two actors to speak at the same time.

The “Solitaire Suite” team is overcoming the hurdles of remote performance through creative uses of technology, such as a program that allows them to manipulate each actor’s box. “I take great pride in the fact that I think people are gonna be surprised with the showmanship of it,” Elias said.

Cristhian Mancinas García, who portrays Pete and created the artwork for “Solitaire Suite,” believes that streaming allows productions to maintain the excitement of live theater in a virtual setting. “It’s live theater, so you don’t know what’s gonna happen every night. It could be that we forget a line or it could be that the internet connection folds,” he said. “That’s just another layer of the beauty of live theater.”

In addition, virtual performance allows Hub’s work to reach a wider audience, supporting Elias’ original goal for the company: to make theater more accessible. Hub’s last online show, “Much Ado About Nothing,” saw people tune in from remote locations such as London and Nigeria. The “Solitaire Suite” team hopes that trend will continue. “It’s going global without actually having to pack a suitcase!” Elias said.

Despite the difficulties, the atmosphere among the cast and crew in advance of opening night was full of excitement. “The general level of professionalism for this production has been really amazing.” Mason said. “We’re doing theater. It’s really happening.”