What the Hell Happened: Chris Harrison Leaves ‘The Bachelor’ Franchise After Racist Remarks 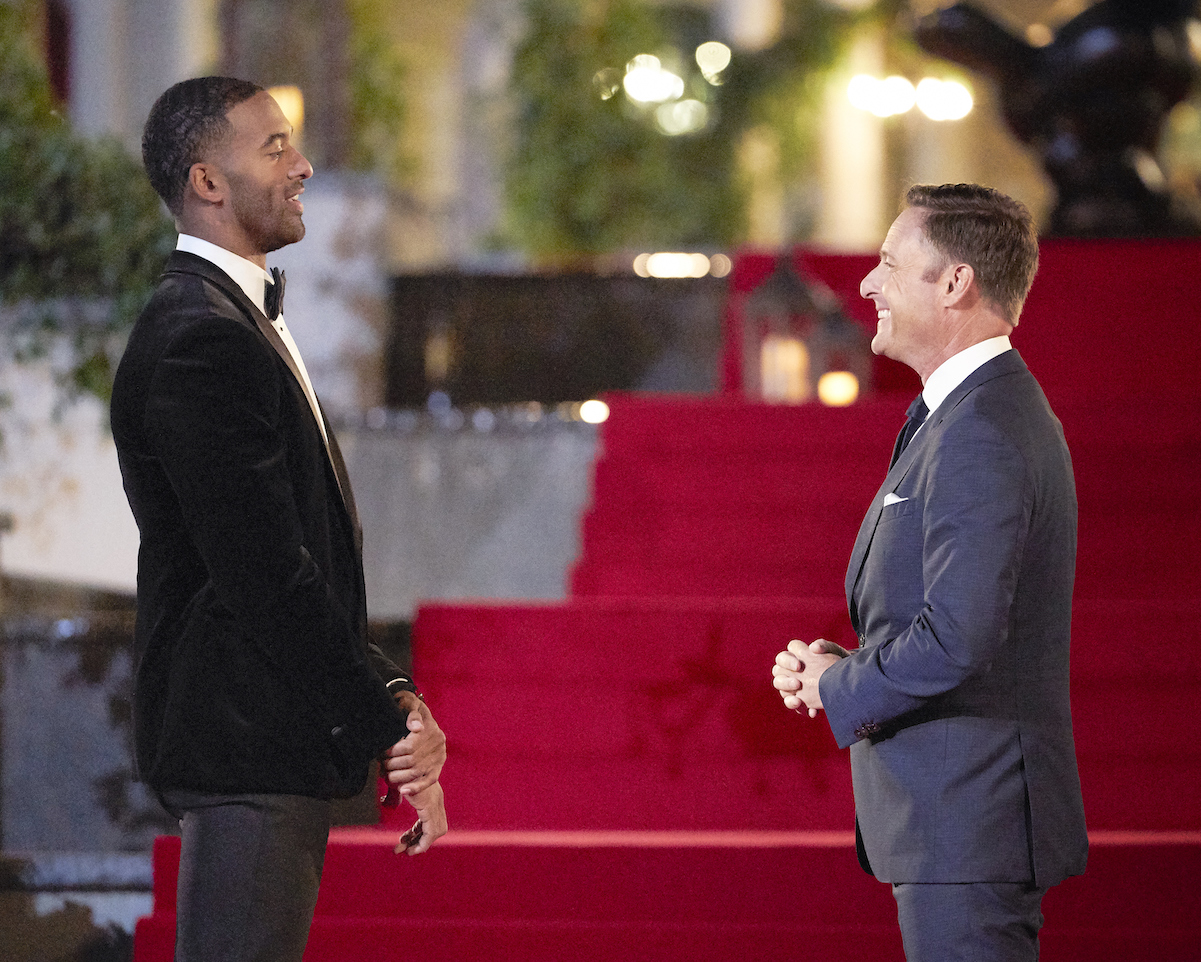 For almost 20 years, Chris Harrison, longtime host of “The Bachelor” and its gargantuan franchise of reality television spinoffs, has built a career by making broken-hearted people cry in the back of company cars. Now it’s his turn for an unbecoming departure.

Following his racist comments in a Feb. 9 interview on “Extra,” Harrison announced that he will temporarily leave the series, including the remaining episodes in the current season of the franchise’s flagship show — starring Matt James, the first Black Bachelor.

Harrison, who is white, appeared on “Extra” to discuss allegations against Rachael Kirkconnell, a white finalist in James’s ongoing season who has been accused of racism. Among the bevy of alleged offenses are liking Instagram pictures with Confederate iconography, spreading QAnon theories, wearing an appropriative Indigenous costume on Halloween, and bullying a high school classmate for dating Black men. Before these claims gained traction, Kirkconnell was by all accounts a well-liked personality. And with the end-of-season marriage proposal filmed in advance, rumor has it she will go on to win the competition.

Rachel Lindsay, Harrison’s “Extra” interviewer, knows firsthand that the outrage in response to Kirkconnell’s behavior marks the latest in the franchise’s long line of race-based controversies. Lindsay became the first Black Bachelorette in 2017, and one of her most prominent suitors was later revealed to have posted racist Tweets, including one comparing the NAACP to the Ku Klux Klan. More recently, former Bachelorette Hannah Brown apologized after saying the N-word in an Instagram video. And throughout the history of “The Bachelor,” BIPOC contestants have been tokenized, protected by the producers for a few episodes devoid of character development, and then unceremoniously dumped.

But in the wake of the 2020 Black Lives Matter protests, Harrison’s remarks this month pushed the anger among so-called “Bachelor Nation” to a breaking point. Rather than denouncing racism and calling for a statement from Kirkconnell, he admonished “the woke police” for pressing the issue. “Who the hell are you? Who are you that you demand this?” he asked Lindsay, a Black woman who has been a outspoken advocate for her fellow BIPOC contestants in the franchise. He urged her to “have a little grace” and give Kirkconnell a chance to respond. “I respect her enough to allow her the courtesy of time,” he said, even though six weeks had elapsed since the first accusations — and years had passed since the alleged behavior took place.

Many of Harrison’s most incendiary comments surrounded pictures of Kirkconnell attending a sorority party that celebrated the antebellum South. He seemed to imply that because the party was three years ago (though he falsely said it was five), Kirkconnell could not be held responsible for her actions. He also claimed that “50 million people” participated in similar events that year. As the hosts of the “Rosecast” recap podcast pointed out, the total number of enrolled college students in America at the time was less than half that figure. Still, Harrison was adamant that times have changed. “Is it [not] a good look in 2018 or is it not a good look in 2021?” he asked.

“It’s not a good look ever,” Lindsay said. “If I went to that party, what would I represent?”

Almost immediately, Harrison faced fierce backlash for his remarks, prompting a next-day apology on Instagram. “What I now realize I have done is cause harm,” he wrote. “I promise to do better.” But for many fans, it was too little, too late. On Feb. 13, a second statement on Harrison’s account explained he will leave the franchise “for a period of time,” including the live season finale, to educate himself. It is unclear whether he will return.

Continuing news coverage — not just from entertainment and gossip publications but from major news outlets like The New York Times and National Public Radio — is cementing the story’s status as a major scandal, and the fallout is far from over. Fans still have many questions about the show’s policies. Why wasn’t Kirkconnell thoroughly vetted, for instance? After the “Extra” interview, Lindsay took to her “Higher Learning” podcast to announce her likely departure from the franchise when her contract expires. Contestants from the current “Bachelor” season — the most diverse yet — and the most recent “Bachelorette” season posted joint statements supporting her. Kirkconnell published her own Instagram apology on Feb. 11, but with just three contestants remaining, James may propose to her on television in a few short weeks. Bachelor Nation is divided. Prominent comments on Harrison’s statement are split between support for the decision and support for the former host. “Cancel Rachel Lindsay,” one commenter wrote. “I refuse to watch the bachelor without you.”

Perhaps surprisingly, “The Bachelor” has been one of the most unifying cultural forces in the country until now. Amid an intensely polarized media landscape, the franchise has managed to weather every storm with a robust fan base largely intact. Its strategies for appeasing as many constituencies as possible — for example, casting James, who was a registered Republican until 2020, as its first Black male lead — have secured its consistent top spots in ratings. But Harrison may be the first casualty in a firestorm that brings down the once-incombustible franchise.

Only time will tell if the series earns a rose or ends this episode sobbing in the backseat.