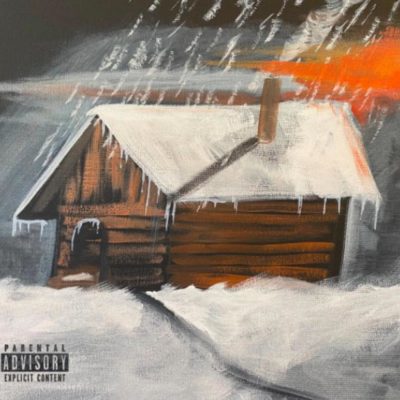 The album features stellar vintage production from Bruiser Brigade affiliates Raphy, Crisfantom, and veteran Detroit beatmaker Black Milk and is reminiscent of early Danny Brown projects. All except for three tracks on the album are produced by Raphy, who channels the versatility and off-kilter groove of Brown’s 2010 debut “The Hybrid.” On the album opener, “Santa Barbara,” Raphy places a crawling trumpet loop over simple boom-bap drums to create a slow-roll groove that flawlessly complements Fat Ray’s punchy flow. On “Top Ramen,” the producer ditches melodic elements, instead using an array of abrasive drum and electric guitar textures similar to the punk-inspired “XXX” era Danny Brown. “Dopeman Heaven,” which features Brown, sees Fat Ray match wits with the spiritual leader of the Bruiser Brigade supported by expert, straightforward beat-making from Black Milk that bolsters the dynamic chemistry between the rappers. Two-part songs excluded, every track on the project is less than three minutes, a concise and perfect length that allows each beat to shine without overstaying its welcome.

Throughout the album, Fat Ray channels a throwback attitude that is both thrilling and nostalgic. On “Menacing,” the rapper shouts out the Wu-Tang Clan in his intro adlibs, paired with sampled dialogue from a vintage Kung Fu movie courtesy of Raphy. Ray’s deliberate flow and unapologetic bravado on the song evokes the mafioso style rap pioneered by Wu-Tang Clan member Raekwon. With “The Sword,” produced by Crisfantom, Ray speaks of his love for his hometown and the late Detroit legend and producer J Dilla: “I do this shit for Dilla dog.” Many of the beats on the project from Raphy, especially the two by Crisfandom, take direct inspiration from J Dilla in the use of experimental melodic samples and drum breaks — all of which Fat Ray masterfully rides with clever bars and versatile flows. By directly acknowledging his influences throughout the project, Ray invites comparison and proves that he has the chops to match any of them.

Clocking in at just under half an hour, “Santa Barbara” is short as debut albums go but packs an undeniably hefty punch. From a city primarily known for Big Sean, Eminem, and current it-man Sada Baby, Bruiser Brigade Records is a welcome addition to the Detroit scene that continues the legacy of underground mid-‛90s giants like J Dilla and the experimentation spearheaded by Danny Brown. A decade in the making, Bruiser Brigade Records is just getting started. And Fat Ray is the one to watch.