‘Euphoria’ Special Episodes Review: Too Much Talking for Comfort 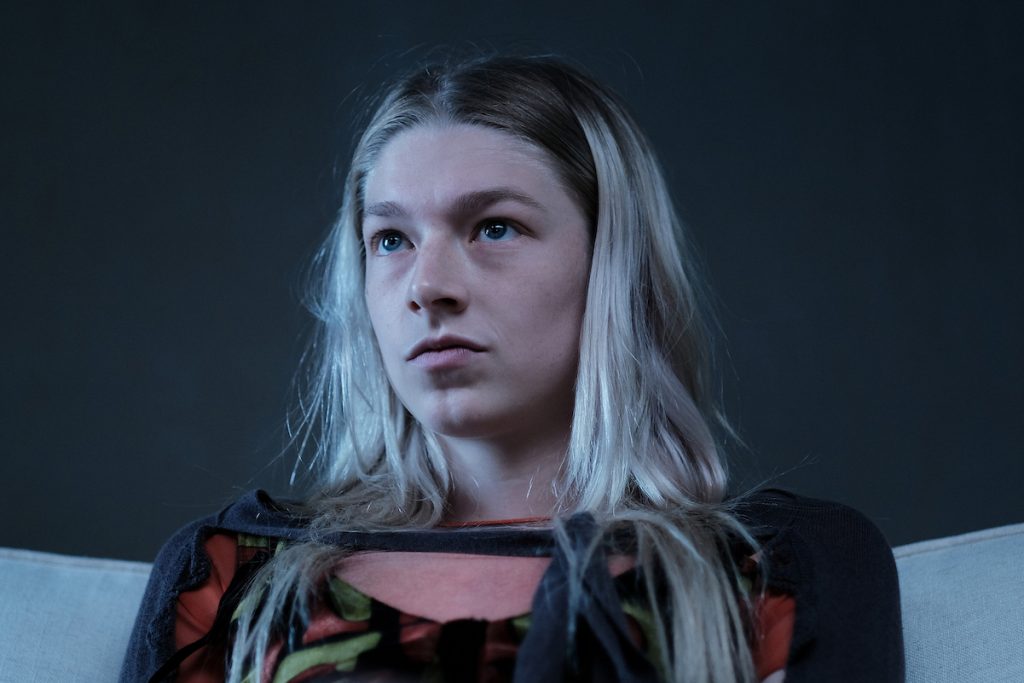 In a sharp departure from its kaleidoscopic and sensual first season, the “Euphoria” special episodes, released over the past two months, focus on the show’s two central characters Rue (Zendaya) and Jules (Hunter Schafer). Since both pieces are grounded in a specific space — a diner for part one and a therapist’s office for part two — their cinematography is quite stationary and, at times, incredibly claustrophobic. It’s a radical change from the dynamic, ever-changing, phantasmagoric style that makes “Euphoria,” well, “Euphoria.” Whereas Part One features Rue and Ali’s back and forth after the incident with Jules at the train station and Rue’s relapse, the second and most recent release spotlights Jules as she uses the Christmas holiday to reflect on the past year — thus, for the first time in the show’s short history, telling the story from a perspective other than Rue’s. This episode markedly improves on the first special episode, which was almost exclusively conversation, opting for flashbacks and imaginative dream sequences to provide closure and set up the forthcoming second season. Still, the episode centers around too much sitting around and talking to be engaging for an audience used to swirling pans and frenetic visual collages.

Up until this episode, Jules is the new girl in town, carrying herself well as she navigates the suburbs with optimism and strength. As this episode shows, the last season was only skimming the surface of her character. In this episode, we drop into deep water and are given a window into Jules’ mind. Over the course of 45 minutes, she reveals parts of herself a bit at a time — peeling away, as she would say, “the million layers of not me.”

The writing smoothly integrates Jules’ hyper-casual speaking style with subject matter she hasn’t broached before, making for a natural delivery. For example, when Jules is discussing the proclivity of girls to take down other girls and the constant lingering, analytical female gaze, she follows with “it would be a kind of sensual experience if it weren’t so fucking terrifying.” In true Jules fashion, notions of gender identity, self-criticism, and motherhood are all explored through the lens of her experiences with her transition, lack of female friendship, soul connection with Rue, and fraught family relationships. Whenever things get too heavy, she slips a joke or curse in. The give-and-take between the heavy and light helps build up and mediate tension, throwing the viewer out of balance and bringing everything back to center again.

The cinematography asserts an exclusive focus on Jules and her inner world. The piece starts with a close-up, a painful expression painted on her face. A simple prompt from an off-screen voice leads to a gorgeous sequence where the frame is just Jules’ eye, her iris superimposed with a montage of images from the past six months since her move. Tears well in her eye just as it cuts back to her face. It’s not until we are six minutes in that the camera reveals to us the source of the gentle yet prying questions: a therapist seated in a plush chair a few feet away from her. The camera doesn’t linger on them for long before cutting back to Jules, often with tight shots that force us to pay attention to every facial change and to ruminate on the thought that caused it.

Jules’ thinking out loud throws certain moments from the past season into sharp relief — most importantly, the night she boarded a train without Rue after drunkenly fantasizing about them running away together. This Rue-Jules scene and the others brought up were no doubt important to the first season’s narrative, but the way they are brought under the microscope here tips the balance among all of the show’s characters in their favor, making it the series’ central arc. What felt like a rollicking journey through various disparate, yet helplessly intertwined, teenage lives, now feels collapsed into a backdrop for a friendship-turned-romance, which honestly didn’t even last as long as the fallout from both sides would suggest. It’s possible that the directors are trying to make a statement about the way the self changes when it is free to be fully vulnerable, but they do so at the expense of the tangled nature of “Euphoria.”

Thankfully, some relief from the claustrophobia comes in the form of Jules’ flashbacks and fantasies. When Jules mentions her texts with an online romantic interest that goes by the username “ShyGuy118,” we are shown the work of her erotic imagination during their relationship. When she discusses her growing love for Rue, she runs through all the moments when she wanted to kiss her, even before Rue made the first move. These non-diegetic sequences grow sinister as the session continues; at one point, after an imagined sequence of Jules and ShyGuy118 having sex, Rue glitches in and out of Jules’ vision like an apparition. In another example, Jules is panic-crying, and the camera pans down, perspective distorts, we catch the frame of a mirror, and then the frame stills on Rue’s body, motionless, on the floor.

Though the episode is, at first glance, a conversation, it uses Jules' therapy session to lay bare her deepest thoughts and fantasies and give space to process the complexities of her transition to the suburbs. The episode was co-written and co-produced by Schafer alongside series creator Sam Levinson, and their script and production delved into Jules' trans identity and experience with new depth and immersive visuals. At the same time, the episode is still seemingly about 60% an average therapy session. Even as it wraps up some loose ends from Season One, it comes across as a mediocre result of a production team impatient to get the show more screen time in an indefinitely paused world, at the expense of the momentum for the show’s highly anticipated second season.

— Staff writer Nuri Bhuiyan can be reached at nuri.bhuiyan@thecrimson.com and @nuribooyah on Twitter.