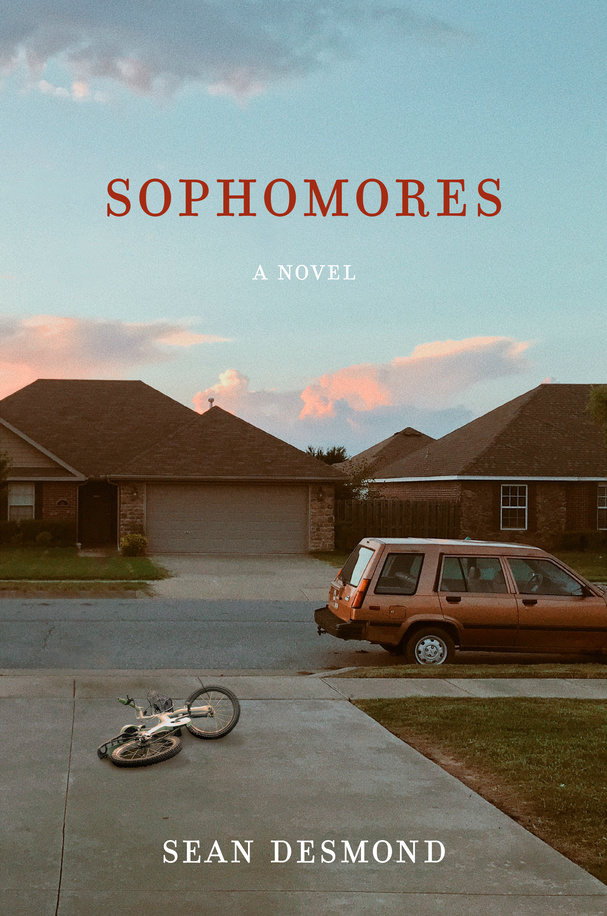 It’s the fall of 1987 in Dallas, but for Pat, Anne, and Dan Malone, daily life amounts to a whole lot more than trips to the fluorescent mall, outrageous high school parties, and hair teased up to the sky — no matter what pop culture’s ongoing fascination with the Reagan Era might otherwise imply.

Rather than just wax nostalgic about one of the most overly romanticized decades in American history, Sean Desmond centers his new novel “Sophomores” on a highly dysfunctional family, struggling to remain afloat through a crumbling marriage, an unexpected lay-off, and a battle with addiction. Of course, the book still includes the humorous antics of sophomore Dan Malone as he faces the awkward trials of his early high school years. Yet, going beyond the goofy, big-hearted scenes that feel straight out of a John Hughes movie, Desmond profiles not just the charming young protagonist but also the deteriorating marriage and emotional stagnation of his parents, typically the one-dimensional background characters in this brand of Bildungsroman.

Pat, the head of the Malone clan, uses a constant stream of alcohol to cope with a miserable job at an airline company and a recent multiple sclerosis diagnosis. His son, Dan, thrives in his English class, led by the particularly enthusiastic Mr. Oglesby, while dropping the ball when it comes to flirting with girls. Dan’s mother, Anne, becomes a juror for a high-profile attempted murder trial that tests her Catholic faith and forces her to reflect on her own suffering marriage. The disjointedness of these three plotlines helps contribute to the portrait of a family completely isolated from one another, but because these different threads never properly tie together and rarely even cross paths, it also makes for a rather unsatisfying conclusion. In fact, despite the excellent character development and unflinching look at alcoholism, infidelity, and religious hypocrisy, “Sophomores” is less than the sum of its well-executed parts.

As someone who grew up in Dallas during the ‘80s and even attended the same Jesuit College Preparatory school featured in “Sophomores,” author Sean Desmond appears to have infused much lived experience into this story, especially within Dan Malone’s coming-of-age tale. The captivating English teacher who pushes Dan to fulfill his potential, for example, was based on a real life Mr. Oglesby, a “hero” who taught Desmond how “to think about art, ideas and all of life’s mysteries.” Even the members of Dan’s mildly dorky crew — Rick, Rob, and “Sticky” — are named after Desmond’s actual childhood friends. His engrossing descriptions of Dallas, a city of “late-Reagan contradictions'' with “plenty of materialistic asshatery to rage against,” include the specificity and intimate details that only a true native could provide. For anyone who doesn’t fall into the niche of Irish-Catholic resident of Dallas, however, Desmond’s specificity adds vibrancy to the setting and characters without turning the story into something exclusive or inaccessible. The only exceptions might be Dan’s eight-page documentation of his father’s “Catholic sports hierarchy” or the overly detailed play-by-play coverage of a high school football game which, for anyone not enthusiastic about sports, might be worth skimming.

Reminiscent of “Dead Poets Society'' if Whitman was swapped out for Orwell and Salinger, Dan Malone’s storyline shines through as the highlight of the novel. Whenever we catch a glimpse into Mr. Oglesby’s sophomore honors classroom, observing the teacher armed with both a “persuasion stick” and an encyclopedic knowledge of every trivial detail from the books he assigns, we know we’re in for a treat. Each chapter from Dan’s point of view, as he prank calls his crush, wars with the class know-it-all for the top spot in English, and clowns around with his fellow swimming teammates, acts a breath of fresh air from some of the novel’s heavier subject matter.

The sections focused on Pat and Anne Malone, unfortunately, provide no such levity — even if they are just as thoughtfully written. Deeply flawed but also undoubtedly sympathetic, Pat Malone battles the two diseases of MS and alcoholism, and as he continues to fall further and further towards rock-bottom, Desmond does not hesitate to bring his novel to an incredibly dark place. Pat’s patient diary for his MS medication, in particular, turns into a heart-breaking confessional about the brutal reality of addiction: “As long as I keep it to myself it’s fine. What’s a life without whiskey? What is that worth? And what’s the point of being miserable?” A fight over dinner from Pat’s intoxicated point of view feels almost claustropic, with the loud, discombobulating nature of the dialogue somehow translating even through the written word. Nevertheless, the author’s ability to evoke such disturbing emotions and his dedication to portraying addiction through an unfiltered lens also makes this broken father’s narrative particularly difficult to get through.

Anne Malone’s storyline injects fresh perspective into a very male-dominated narrative, but as a complex courtroom drama begins to unfold, it seems Desmond may have bitten off more than he can chew. The trial of Reverend Standing Raleigh, accused of strangling his wife after a scandalous affair, presents juror Anne with profound questions about the abuse of power and male privilege within Christian institutions as well as the suffocating dynamic of her own marriage. However, considering all the messiness associated with our current justice system and moral implications of serving as an unbiased jury member, Anne’s plotline opens an ethical can of worms that could have easily led to its own full-length novel. It doesn’t help that her son and husband, in their own little worlds, seem to hardly acknowledge the existence of this high-profile trial let alone Anne’s crucial role in deciding this local celebrity's fate.

To any fan of the typical coming-of-age story, Desmond fills this novel with amusing adventures, witty explorations into classic literature, and tender-hearted moments of familial love. Just be prepared to face an equal amount of pain, grief, and hopelessness along the way.