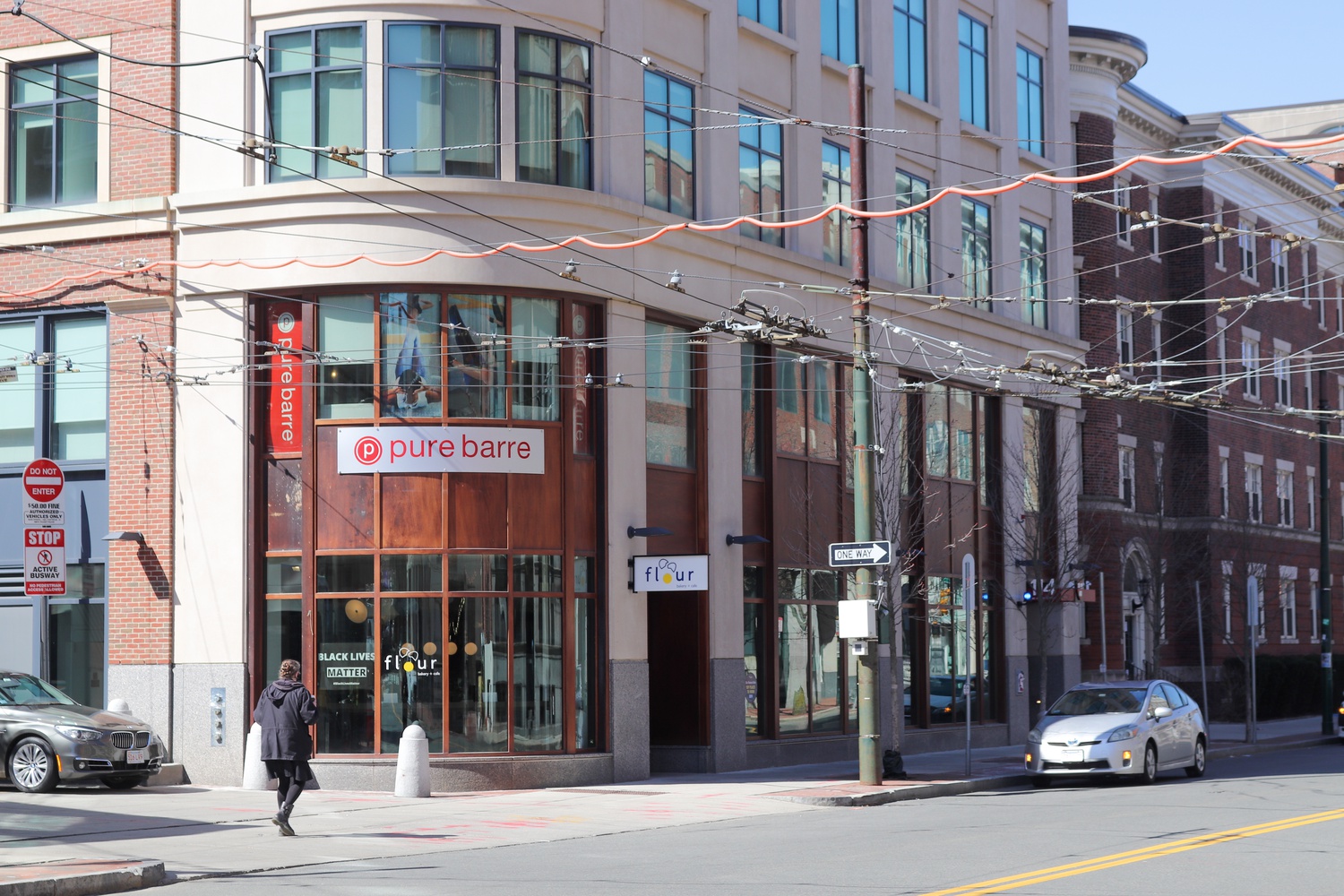 Harvard's Global Support Services office is located at 114 Mount Auburn St. Some Harvard workers living abroad have turned to the office after facing significant issues with a third-party payroll system the University shifted them to in January. By Santiago A. Saldivar
By Cara J. Chang and Meimei Xu, Crimson Staff Writers

Some Harvard faculty, student workers, and staff living abroad have faced significant issues with a third-party payroll system the University shifted them to in January, with a number of affected graduate students missing their paychecks for months.

Harvard pays its employees based in the United States directly, but international law complicates the hiring and payment of employees working abroad, so the University maintains a network of third-party payroll providers — entities that officially employ the workers — even as they continue to work for Harvard.

Harvard’s third-party payroll system has been established for years, but enrollment in the system was vastly expanded this term to account for the increase in staff working remotely from abroad during the pandemic. Now, approximately 300 employees — quadruple the numbers of recent years — are paid through overseas Harvard-affiliated offices or third-party payroll companies.

Harvard notified the Harvard Graduate Students Union-United Automobile Workers in December that workers living abroad would be transferred to the third-party payroll system and promised to provide a list of affected student workers.

The union quickly realized, however, that the system was causing pay delays for its members when the list the University provided in February was shorter than the union anticipated, according to HGSU-UAW President Brandon J. Mancilla.

“We’re still hearing about cases weekly that we have not known about before,” he said.

University spokesperson Jason A. Newton wrote in an emailed statement that when Harvard transitioned nearly all employees to remote work last March, it initially kept workers who moved abroad on its direct payroll system. Once it became clear, however, that employees abroad would continue to work remotely for the entire 2020-21 academic year, Harvard decided to move those workers to a third-party system starting in January 2021 to comply with international law, according to Newton.

“Under the extraordinary circumstances of the global pandemic, the University implemented payroll policies based on our commitment to our faculty, staff, and student workers who are temporarily located abroad,” Newton wrote. “Options available under the policies include hiring through third-party entities as well as overseas Harvard-affiliated offices, providing continuity in remote teaching and research, and compliance with local employment, tax, and other requirements.”

When a department wants to hire a worker living abroad, Harvard’s Global Support Services office helps connect them to an appropriate third-party entity which is responsible for paying the employee, according to Newton. One such entity is Safeguard Global, an international payroll company that has branches in more than 179 countries and employs workers for multiple departments at Harvard.

Anne Dymek, a Germanic Languages and Literatures Ph.D. candidate and teaching fellow currently living in Germany, said Harvard informed her in early December that she would begin receiving her pay from Safeguard Global, but she has still not received a paycheck from the company this term.

“The pay worked just fine in the fall because Harvard kept paying us just like normal,” Dymek said. “Then they announced that someone else would pay us starting in January, but I have not seen any pay so far.”

She said Safeguard Global first reached out to her for employment information on Feb. 9. A week later, she received her employment contract, but it was locked with a digital pin that she was not initially sent.

“It never reached me, so I kept writing them, ‘Where’s the pin? The pin never came.’ It took them weeks until finally they could send me the pin, so I couldn’t sign the contract on time,” Dymek said.

Even after signing the contract, her paychecks never arrived. Dymek said she appealed to Harvard and received an advance from the University on March 11. She added that she also received a payment from Safeguard Global on March 19 of an amount that does not seem to match her salary, and she does not know when she will begin receiving her regular pay.

Manuel Gebhardt, another teaching fellow in the Germanic Languages and Literatures department living in Germany, said he did not receive any pay from Safeguard Global until March 11, when the company gave him a payment labeled as a “bonus” for January and half of February. He added that he received another payment from Safeguard Global Wednesday.

Safeguard Global spokesperson Narissa Johnson wrote in an emailed statement that the company can only comment on the experience of workers once they have been onboarded.

“Our data shows an average time to onboard Harvard workers was 31 days, and this is the same as our performance with hundreds of the other multinationals to which we provide this service,” Johnson wrote. “We are proud of our ability to bring workers onboard quickly, as needed by our clients.”

She added that internal service logs show the company has responded to “every Harvard inquiry” in 59 minutes on average.

As both Dymek and Gebhardt began experiencing delays in their pay, they reached out to their department administrator, Andreea Florescu D’Abramo.

Gebhardt said he received an advance top-up payment from the Graduate School of Arts and Sciences on Feb. 1 after Florescu D’Abramo contacted Global Support Services on his behalf at the beginning of January. He also said Harvard had offered him an interest-free loan until he received pay.

Florescu D’Abramo said delays were “not excusable,” but added that they were “to be expected” given the influx of workers on the third-party payroll system.

“That still doesn’t help the students, but I can understand why it took so long,” Florescu D’Abramo said.

Keye S. Tersmette, a Ph.D. candidate and teaching fellow in Middle Eastern Studies and Anthropology, said he did not receive clear indications on how he would be paid this semester and also faced delays receiving his paycheck.

He eventually received payment from Safeguard Global in February to his account in the Netherlands and a top-up from Harvard to his American bank account, he said.

Mancilla, the HGSU-UAW president, said ensuring these workers receive pay is a top priority for the union.

“Right now, the immediate issue we have is to make sure that these folks get paid, and we find a resolution to their immediate problems,” he said.