What The Hell Happened: BTS and McDonald’s Collaborate on the ‘BTS Meal’ 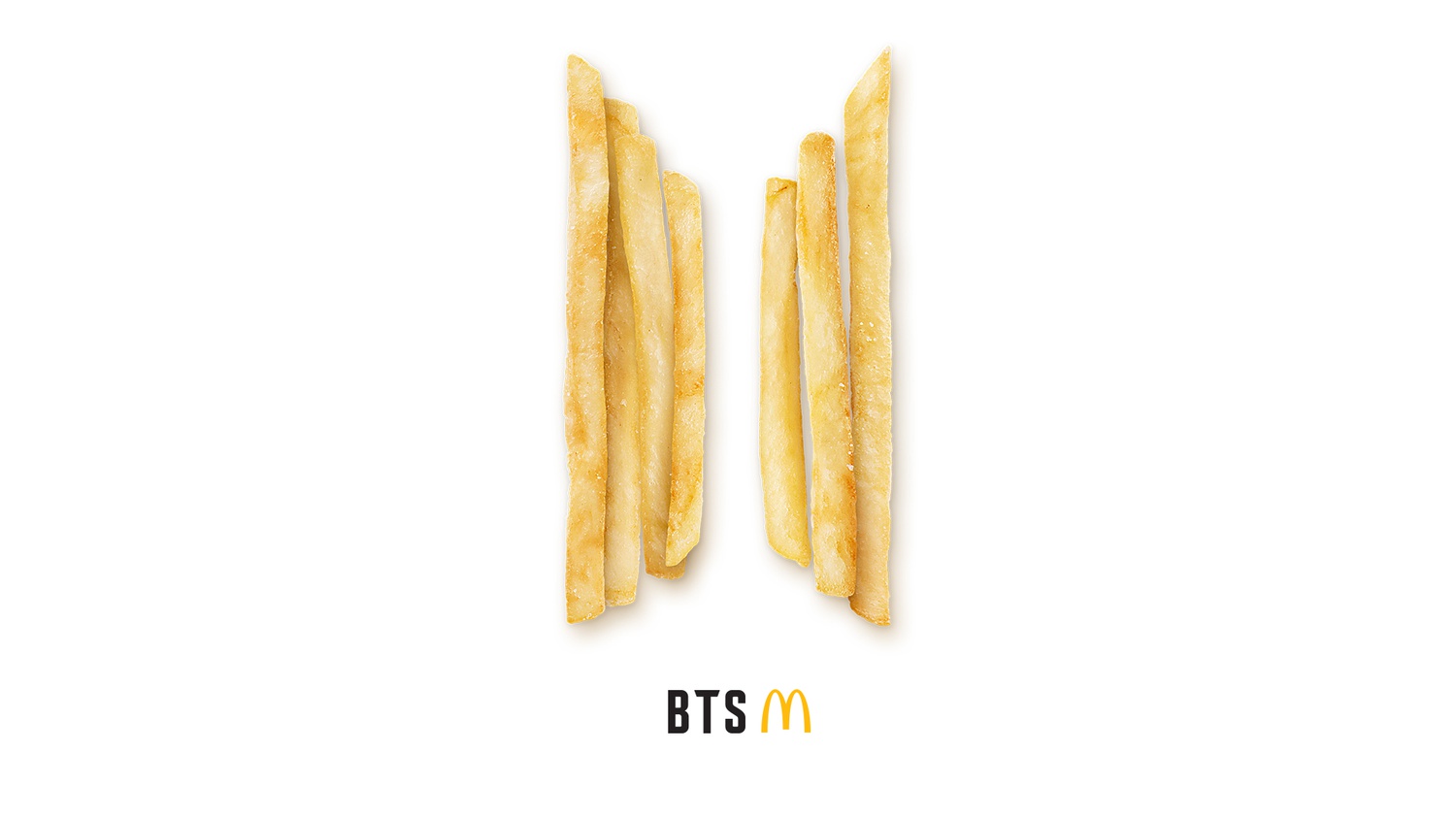 Move over Travis Scott Burger, there’s a new collaboration in town. Who better to become the next face of a global, viral campaign than the insanely popular and talented K-pop powerhouse — BTS? The official McDonald’s Twitter announced on April 19 that the “BTS Meal” will be the latest creation of McDonald’s Famous Orders program, whose past partnerships have included artists Travis Scott and J Balvin. This one-of-a-kind meal will feature the seven members’ favorite orders, including classics like the 10 piece Chicken McNuggets, medium fries, and a medium drink, but also two new dipping sauces inspired by McDonald’s South Korea recipes — Sweet Chili and Cajun. The “BTS Meal” will go on sale starting May 26 in the United States and will then become the first Famous Order in McDonald’s history to go on a global “tour,” spanning nearly 50 countries and six continents.

The unexpected collaboration between BTS and McDonald’s may come as a surprise for those who first discovered it through the trending of seemingly unrelated terms like “BTS,” “McDonald’s,” and “Sweet Chili and Cajun” on Twitter. However, the new “BTS Meal” is actually a brilliant marketing campaign based on precedent and careful analysis of the global market.

For starters, this is not the first time that McDonald’s has collaborated with celebrities. The first instance where a celebrity’s name has been featured on the McDonald’s menu was with Michael Jordan in 1992. Then, just last September, McDonald’s announced the creation of the Famous Orders program to introduce some of its classic menu items to a new generation of consumers, starting with a collaboration with rapper Travis Scott.

What followed was a wildly successful marketing campaign that made the Travis Scott Burger, a Quarter Pounder burger with cheese, bacon, and shredded lettuce, go viral all across the United States. It became so much of a pop culture phenomenon that there was a shortage of Quarter Pounder ingredients at McDonald’s locations. The following meal collaboration with singer J Balvin also gained widespread attention.

For BTS, endorsing and collaborating with various brands is not a new phenomenon. To list just a few, BTS is the face of local Korean companies like Bodyfriend and Chilsung, as well as global brands like Samsung and Baskin-Robbins. McDonald’s is just another addition to their extensive list of branding power. In Korea, it is common — and almost desired, by both the public and companies — for celebrities, including K-pop stars like BTS, to be the face of endorsements and collaborations. One only needs to walk down the streets of Seoul to be surrounded by advertisements featuring Korean celebrities promoting all different products from fried chicken to makeup brands to mattresses.

This strategic deal with BTS is a chance for McDonald’s to replicate, if not surpass, the viral sensation of the Travis Scott Burger, but now on the global stage. Part of BTS’s immense success stems from the incredible online presence, organization, and dedication of ARMY (the official name for BTS fans) who span all across the world. It’s nothing new for BTS albums and concerts to be sold out in mere minutes or for BTS to constantly trend on all social media platforms. It has long been known that anything BTS touches will immediately sell out, even items they do not intentionally promote; a fabric softener sold out for two months after Jungkook mentioned once that he used it.

Already, many ARMYs are expressing excitement and even making fanart on Twitter after the announcement, promising to buy as many BTS Meals as possible in support of their favorite K-pop superstars. This strategic move by BTS and McDonald’s is tapping into the global stardom and power of BTS. One can only imagine how quickly ARMY could help sell out the “BTS Meal” and make it the next global sensation in mere minutes. Only time will tell.