‘The Falcon and the Winter Soldier’ Finale Review: The Perfect End to a Rocky Season 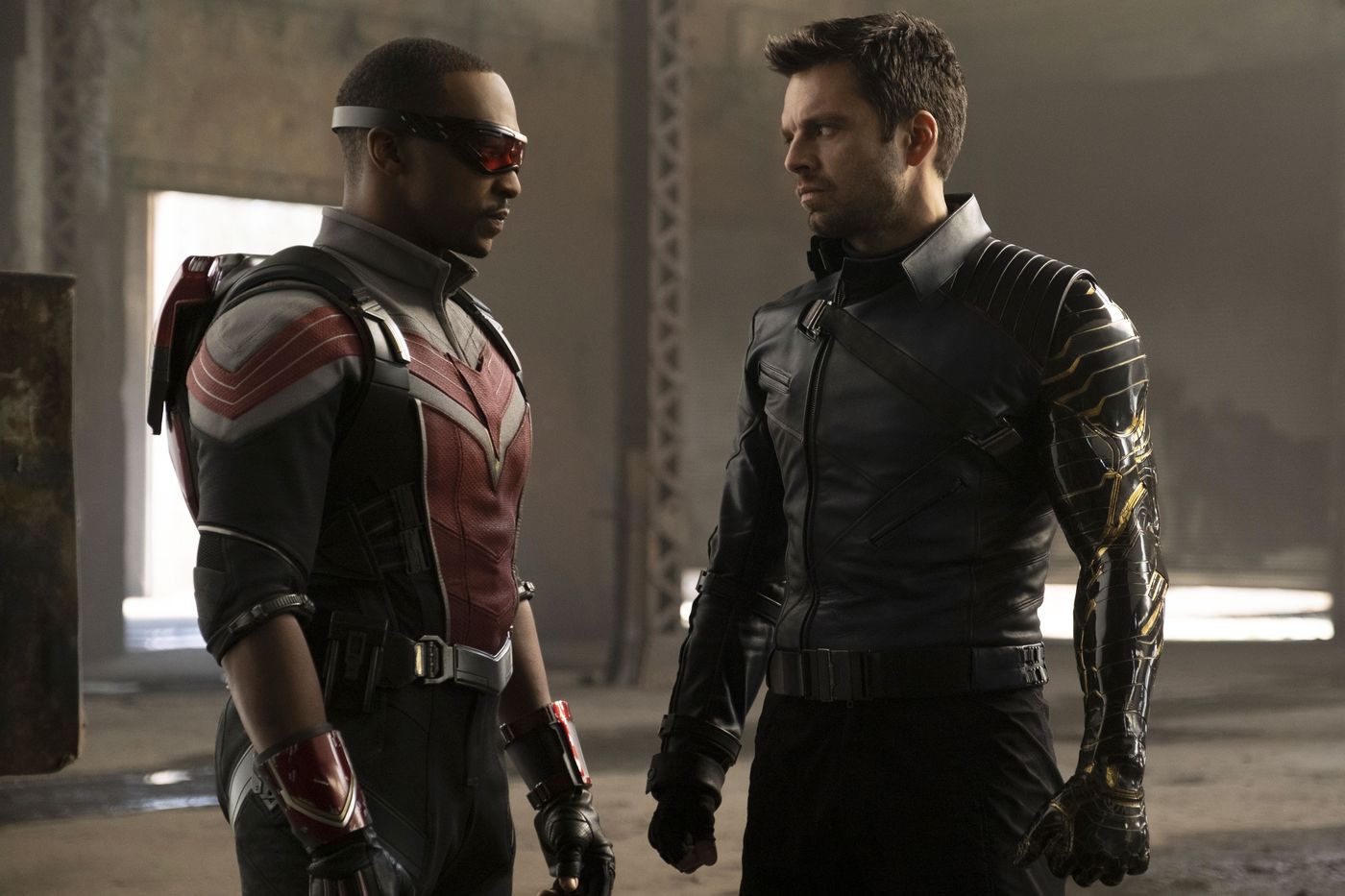 Anthony Mackie and Sebastian Stan in "The Falcon and the Winter Soldier." By Courtesy of Marvel Studios
By Nina M. Foster, Crimson Staff Writer

This review contains spoilers for Season One of ‘The Falcon and the Winter Soldier.’

After a rocky season of episodes that struggled to achieve the perfect pace, the finale of Marvel’s “The Falcon and the Winter Soldier” finally cracked the code. The series’ last episode, titled “One World, One People,” struck the perfect balance between dialogue and action, packed with both touching moments and epic fight scenes.

The episode dives straight into the action with Sam’s (Anthony Mackie) Captain America debut in a suit that combines the Falcon’s wings with the iconic stars and stripes. This moment is euphoric, giving fans the Captain America they deserve after having to watch the uninspiring John Walker (Wyatt Russell) carry the shield. Each fight scene follows the classic Marvel formula, combining action, suspense, and a little bit of comic relief.

Walker once again makes an appearance in his wannabe Captain America uniform, likely prompting groans of “Ugh, this guy again?!” from viewers. Much to everyone’s surprise, however, he sets his ego aside, choosing to rescue a truck filled with hostages. When his plan goes awry, it opens up the opportunity for Sam to swoop in and get the job done, establishing himself as the superior Captain America.

Walker’s presence this season incited backlash from fans over his desecration of the Captain America name. Despite the outrage that he prompted, Walker’s villainous and erratic personality creates crucial nuance in the storyline, showing that the labels of hero and villain do not always hold true. The other antagonist, Karli Morgenthau (Erin Kellyman) becomes elevated in contrast to Walker, breaking from the traditional villain stereotype. She is arguably the most complex and interesting character of the entire season, largely due to Kellyman’s brilliant performance as a powerful female lead. One can’t help but feel bad for her, carrying a massive movement on her young shoulders while navigating the post-Blip world.

For every action-packed moment, there was one that pulled at the audience’s heartstrings. The most painful was Karli’s death. Although it was foreshadowed in her conversation with Bucky (Sebastian Stan) earlier in the episode, her death still comes as a shock when Sharon Carter (Emily VanCamp) pulls the trigger from offscreen. The shot of Sam carrying her limp body out of the building is both beautiful and tragic, his wings creating an angelic silhouette.

After Karli’s death, Sam gives a momentous televised speech. In an excellent performance from Anthony Mackie, Sam publicly steps into the role of Captain America, recognizing the adversity he will face as a Black man with no superpowers. Here, he delivers the standout line, “The only power I have is that I believe we can do better.”

The finale also neatly ties up the storylines of Isaiah Bradley (Carl Lumbly) and Bucky. Sam recognizes Bradley’s struggles as a Super Soldier test subject with a statue honoring him at the Captain America exhibit, and Bucky gets necessary closure by confessing to his neighbor Yori (Ken Takemoto) that he killed his son as the Winter Soldier. A joyful montage at the end of the episode shows Bucky bonding with Sam’s family in Louisiana, finally at peace.

Unfortunately, the finale does not give every character a satisfying conclusion. A few scenes near the end of the episode seem misplaced, like the sudden shift to Baron Zemo (Daniel Brühl) in his jail cell, watching the bombing of the remaining Flag Smashers that he coordinated. While this is an important plot point, eliminating the option of a Flag Smashers return, the scene feels like an afterthought. Walker’s official recruitment by Valentina Allegra de Fontaine (Julia Louis-Dreyfus) as “US Agent,” is also odd. His transition into this new position of power is far too easy, leaving his emotional issues unaddressed.

Continuations of the storyline will undoubtedly focus on Sharon Carter, who is finally revealed to be the Power Broker. The plot-twist is not at all surprising, considering her character’s suspicious behavior ever since she was first introduced in episode three. In the post-credit scene, Carter is granted a full pardon and reinstated as an agent — a perfect set-up for Marvel’s next all-powerful potential villain, now with access to government secrets.

“The Falcon and the Winter Soldier” followed the blueprint of its Marvel movie predecessors, paling in comparison to the creativity of “WandaVision,” which took risks that more substantially paid off. However, just because the show lacked originality doesn’t mean it wasn’t enjoyable to watch. Adaptations of the trademark Marvel structure work for a reason, beloved by fans who keep coming back. The show has been a nice source of entertainment in the pandemic, and there are many promising directions in which Sam and Bucky can go next.