From Cannes: ‘The Hill Where the Lionesses Roar’ is a Breathless Cry for Freedom 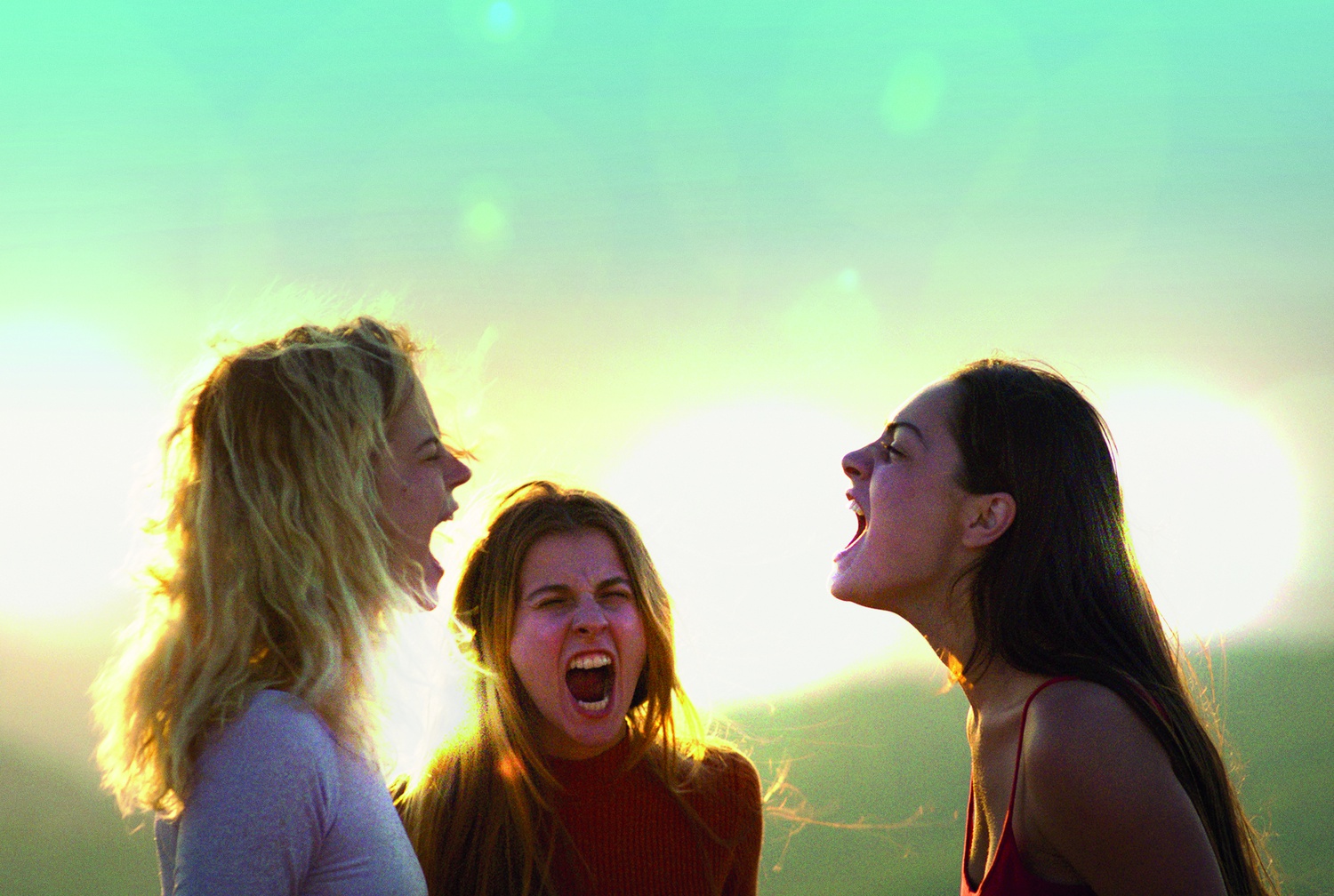 Though many try, few films succeed in capturing genuinely moving depictions of young womanhood. In a global film industry still overwhelmingly run by men, fewer still can be singled out for the genuineness of the female relationships they depict on screen. Luàna Bajrami’s directorial debut, “Luaneshat E Kodrës,” or, “The Hill Where Lionesses Roar,” is among those select few. The film premiered at the 2021 Cannes Film Festival as part of the Director’s Fortnight series, and was directed by Bajrami (who previously appeared in the 2019 Cannes film, “Portrait of a Lady on Fire”) when she was only 18. The Kosovo-born French actress and director also wrote the screenplay.

A refreshing — and, at times, breathless — depiction of freedom, femininity, and the pain of stagnation, the film follows three young women — Jeta (Urate Shabani), Li (Era Balaj), and Qe (Flaka Latifi) — coming of age as they struggle to cope with the reality of living in a town where, according to Qe, all they can do is “wait.” With far-fetched dreams of attending university in a town where most women work service jobs or stay at home (at a family gathering, Qe’s relatives talk about how she would make a suitable tea waitress), the three women hatch an outlandish plan to secure the freedom they so desperately crave. In the process, they meet a young student from France (Bajrami) who inspires their journey.

While a quest for freedom — and freedom from teenage ennui, specifically — is not the least bit unheard of in coming-of-age films, Bajrami’s take on the theme extends far beyond the typical indie sleeper hit. She carves compelling contradictions out of a story that is often told in the most superficial of modes — small town friends crave opportunity, but not for any apparent reason other than hunger for an opaque sense of “freedom.” The “lionesses” in this film are different. Their central desire is not simply to live in a city or to escape their families (however fraught, dysfunctional, and even dangerous their home lives prove to be), but to find the freedom they need to be more than they are allowed to be.

The film, in turn, is about freedom from womanhood when womanhood means that people don’t give women a second thought. The foil that Bajrami makes of herself with Lena expertly sets up this struggle between a life weighed down with seemingly endless opportunities, like Lena’s, and a life robbed of the very opportunity to choose a future, like that of the lionesses. In both scenarios, Bajrami makes the argument that the restlessness of the women stems in part from the expected ennui of young adulthood (an ennui no doubt aggravated for the lionesses) but also from the futility of believing any choice will save the women from the ways in which their womanhood will be dismissed and exploited. Just as Jeta and Qe, for example, are shown to suffer under an outwardly oppressive patriarchy, so too will they continue unless they avoid making any choice for their future at all, and simply disappear. Bajrami seems to argue by the film’s whirlwind ending that this reality will not change for any of the four women.

Bajrami’s attention to detail and representation are exquisite; the female gaze is evident in how she establishes the complex and growing relationships between Qe, Li, and Jeta through intimate closeups of touch and subtle glances. And the film’s pacing — from the slow crawl of its exposition to a rapidly entropic ending, much like the frantic rhythm of young adulthood — is intoxicating to the point of euphoria. Judging from “The Hill Where Lionesses Roar,” it’s clear that Bajrami’s career as an unapologetic artist will only grow from here.