From Cannes: ‘Val’ Captures a Life with Stunning Intimacy 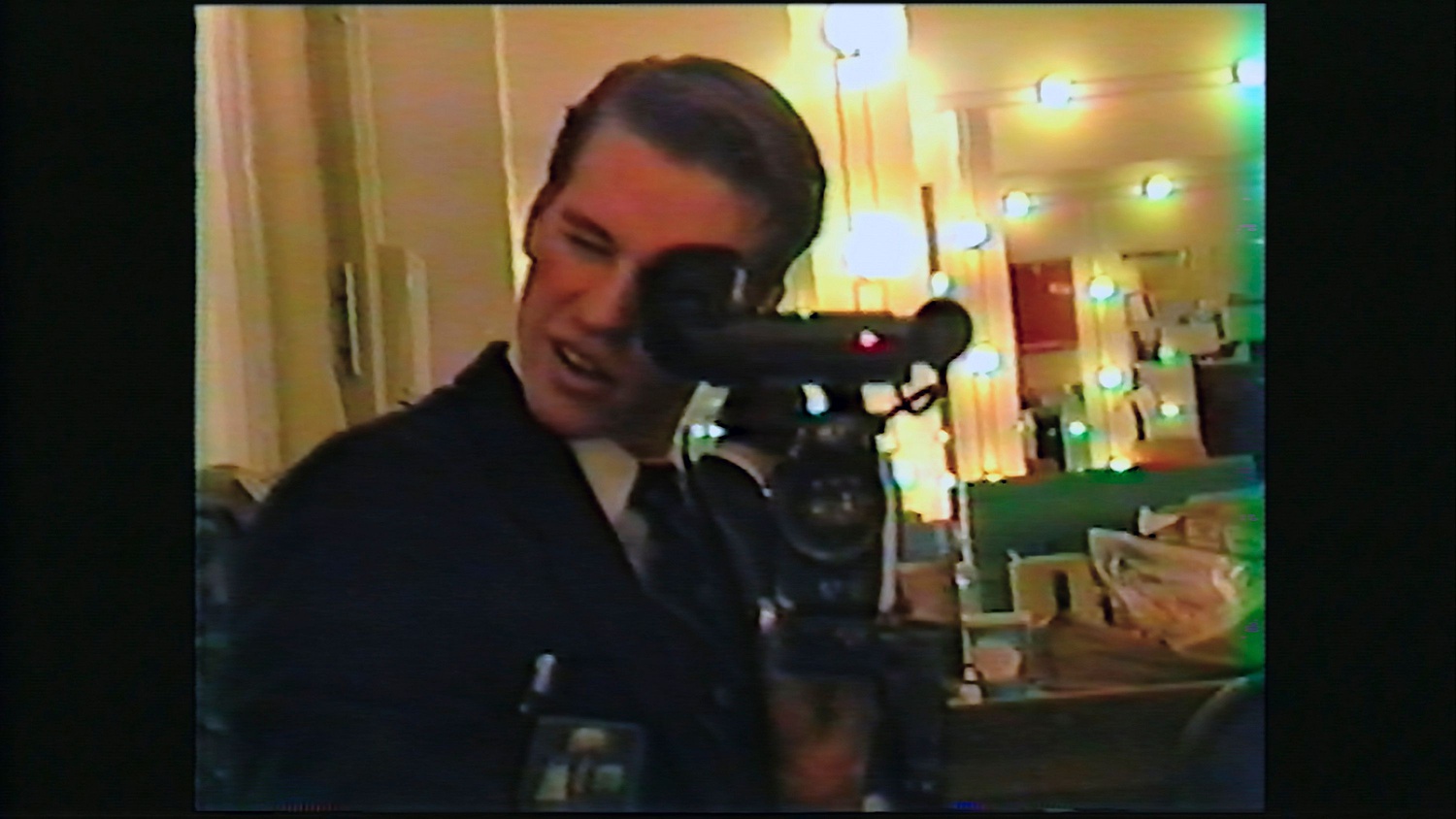 “I’ve lived a magical life, and captured quite a bit of it.” The camera pans to reveal an aging Val Kilmer, surrounded by his artwork, before the footage of dozens of his cassette tapes flood the screen — a life in film, captured by home videos, audition reels, and behind-the-scenes footage, all stitched together to capture the ephemera of the everyday. A story, as Kilmer called it, "about acting... truth, and illusion.”

The eponymous documentary, “Val,” which premiered on July 8 at the 2021 Cannes Film Festival, is a compelling statement on life, art, and the futility — as well as the compulsive human need — of capturing fleeting truths, of capturing moments that define who we are. At the heart of the film is Kilmer’s wish to squeeze and contort an entire life onto a screen, whether it be his own, or that of his late brother, Wesley, whom he admired. And while such a goal may be unattainable in practice (Kilmer himself said his footage was “incomplete”), directors and editors Ting Poo and Leo Scott certainly get close. Their film showcases the humanity behind Kilmer as an artist who dedicated his life to the study of people — a portrait that contrasts his reputation as a “hard to work with” actor. The result is a stunning, if indulgently hagiographic, look into Kilmer’s life as he saw it. “Val” is more of a personal essay than a biography, which is exactly why it works. There is an astounding sense of sincerity in a visual diary expertly carved from thousands of hours of Kilmer's personal footage, all laid out on screen.

Because production started after Kilmer recovered from throat cancer (where he lost his ability to speak clearly), the film is narrated by Val's son, Jack. Through a combination of his loved one's moving testimonies, the revival of original 16mm film from Kilmer’s youth, a collection of his movie scenes, and new footage shot for the documentary, Poo and Scott ensure that viewers are brought into the Kilmer mythology as though it were absolute truth.

It is in bridging the divide between Kilmer’s side of his own story with the viewers' existing pre-conceptions that the editor-director duo strike the perfect balance between shameless tribute and something deeper. Scott and Poo don’t attempt to argue with Kilmer’s perspective, nor do they feign the type of superficial, boring objectivity that often drags biographies down with it. Instead, they lean into them while providing the audience with heart-rending vignettes of Kilmer’s ambition. It's an impression of naive fragility that's woven into small details like footage of Kilmer reading the same line about death in “Hamlet” four times over, or of the time-consuming audition videos he made for directors he wanted to work with (an especially elaborate video Kilmer made to audition for Martin Scorsese’s “Taxi Driver” stands out).

Kilmer’s reputation as an infamously misunderstood artist also brings a startling sense of intimacy. For instance, "Val" is unafraid to show Kilmer’s self-defined weaknesses, like having to “sell his old self” to fans in order to pay his debts. Again, it's the film's stylistic collage of home videos and present-day footage that pulls viewers into Kilmer’s world and helps them understand the actor’s most controversial decisions. For instance, decisions like leaving the “Batman Forever” franchise are justified by giving us an inside look into Kilmer's complex motivations, all driven by a need for artistic excellence. The only fault in the film’s secondary mission to redeem Kilmer’s image is that it doesn’t accept Kilmer’s own voice as enough for that redemption, and instead overcompensates with cheesy testimonies from contemporaries like Robert Downey, Jr., which can feel forced and awkward.

By focusing intently on his career — all the way from elementary school plays to "Citizen Twain" — “Val” draws compelling parallels between Kilmer and the many characters he played, comparisons that take us closer to understanding the enigmatic actor. For instance, by interlacing footage of Kilmer's performance as Jim Morrison in 1991’s “The Doors” with voiceover from Kilmer claiming that the Lizard King’s “aspiration [was] to capture [a] fleeting, ethereal truth,” viewers are led to believe that Kilmer aspires for much of the same. Perhaps that goal is also true for the filmmakers' behind "Val," who try — with an unflinching commitment — to depict Kilmer on screen as he sees himself.