From Cannes: ‘Where is Anne Frank’ is an Timely Reimagining of a Timeless Story 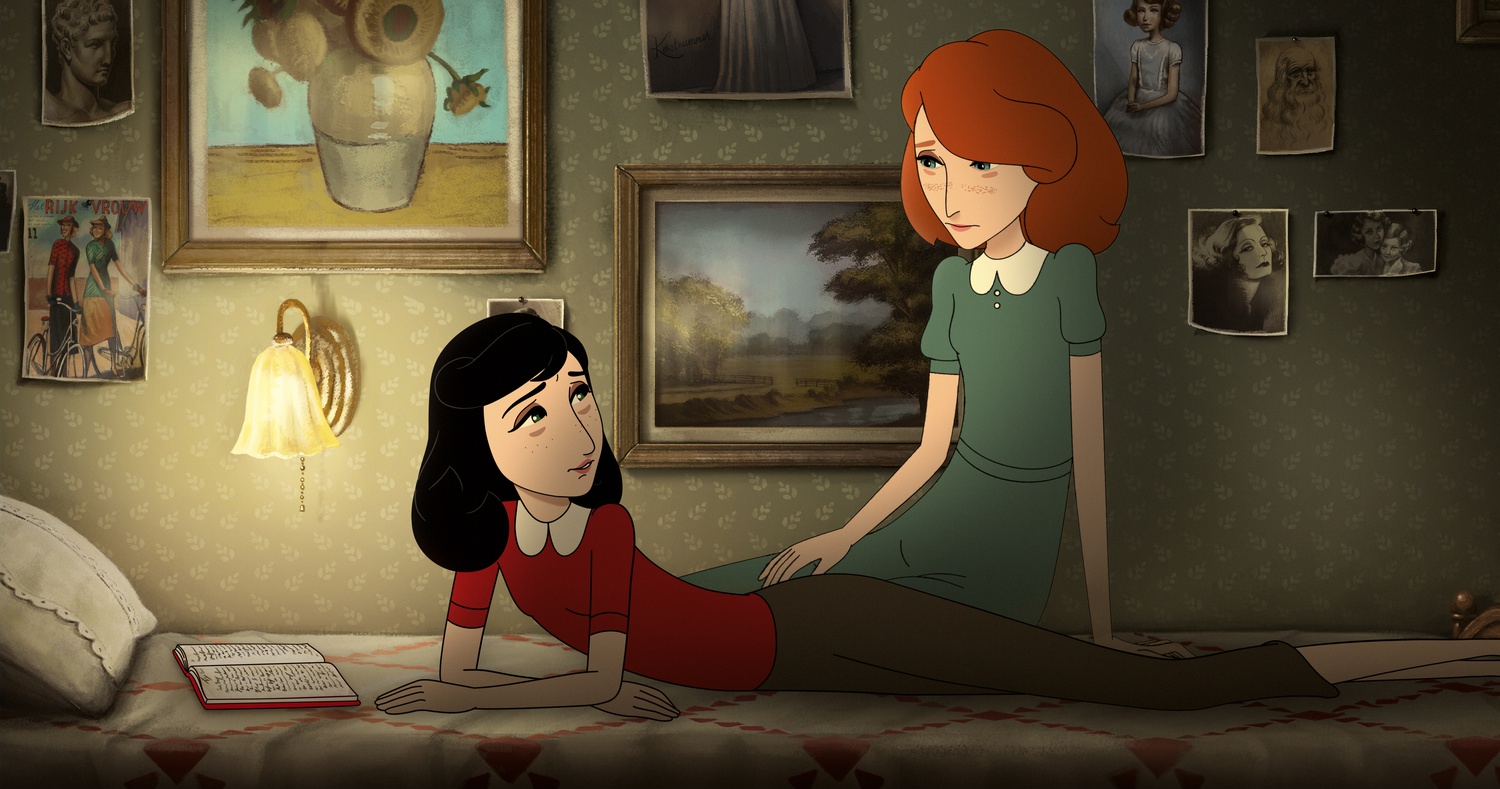 Anne Frank and her imaginary friend Kitty in "Where is Anne Frank" By Courtesy of Festival de Cannes
By Sofia Andrade, Crimson Staff Writer

Anne Frank’s story is hardly an obscure one, but never has it been reimagined quite like "Where is Anne Frank?" — an animated film by Israeli director Ari Folman which premiered on July 10 at the 2021 Cannes Film Festival.

Folman's film traces the Frank family through their lives in a secret annex in Amsterdam, hiding from Nazi occupation. What’s new in "Where is Anne Frank" is that it's seen through the eyes of Kitty, Anne's (Emily Carey) imaginary friend. After an explosive storm rocks the Anne Frank Museum “one year from now,” Anne’s diary is soaked, and Kitty (Ruby Stokes) comes to life, emerging from the pages. In the film, she serves to connect Anne to the contemporary world as the film draws parallels between the Frank family’s situation and that of Amsterdam’s refugee and immigrant populations today. As the near-future Amsterdam police — or non-German police, as Kitty calls them — arrest or otherwise mistreat refugees of color, Kitty is there to connect the dots.

Already benefiting from a storyline that is both accessible and engaging, gorgeous 2D animation paired with an original score composed by Sonic Youth’s Karen O makes the film a reimagining that is well worth the watch, especially for younger audiences. Folman’s expertise working with animation — as he has done in past films, like “Waltz with Bashir” (2008) — adds an extra dimension to the film. The heavily stylized scenes allow Folman to lean heavily on metaphor to color the story: Rather than depicting the Nazis as people, for example, the film opts for skull-faced figures with dark eyes and dark robes, towering over the rest. At another point, surreal animation allows audiences to experience the various (outlandish) fantasies Anne would have about freedom — fantasies as spectacular as a three story-flood in Amsterdam, or a war waged by Hollywood superstars against the Nazi army — as though they were really happening.

Still, “Where is Anne Frank?” has room to grow in its depictions of the very immigrant communities and communities of color it’s trying to advocate for. Yes, Folman’s story does work diligently to draw necessary parallels between Jewish people during the Nazi regime and refugees of color living in the modern day. However, many of the characters of color, specifically in the film’s introduction, are shown in a less-than-favorable light. For instance, Kitty’s eventual friend Peter (Sebastian Croft) is initially depicted as nothing more than a thief at the Anne Frank House, and he faces constant run-ins with the law throughout the film.

As Kitty quickly discovers, present-day society has commodified and exploited Anne Frank's story almost beyond recognition — using her name and likeness as the selling point on everything from bridges to theaters to schools. Folman is acutely aware that society has abstracted and objectified Frank's story beyond recognition — and often for their own ends. But Folman doesn't stop there; he also makes the compelling argument that it is precisely for these reasons that "Where is Anne Frank?" needed to be made now. At its core, the film is a compelling, if vastly oversimplified, reimagining of a timeless legacy in an undeniably timely context.