From Cannes: ‘Les Olympiades’ is a Compelling Look at Intimacy, Desire 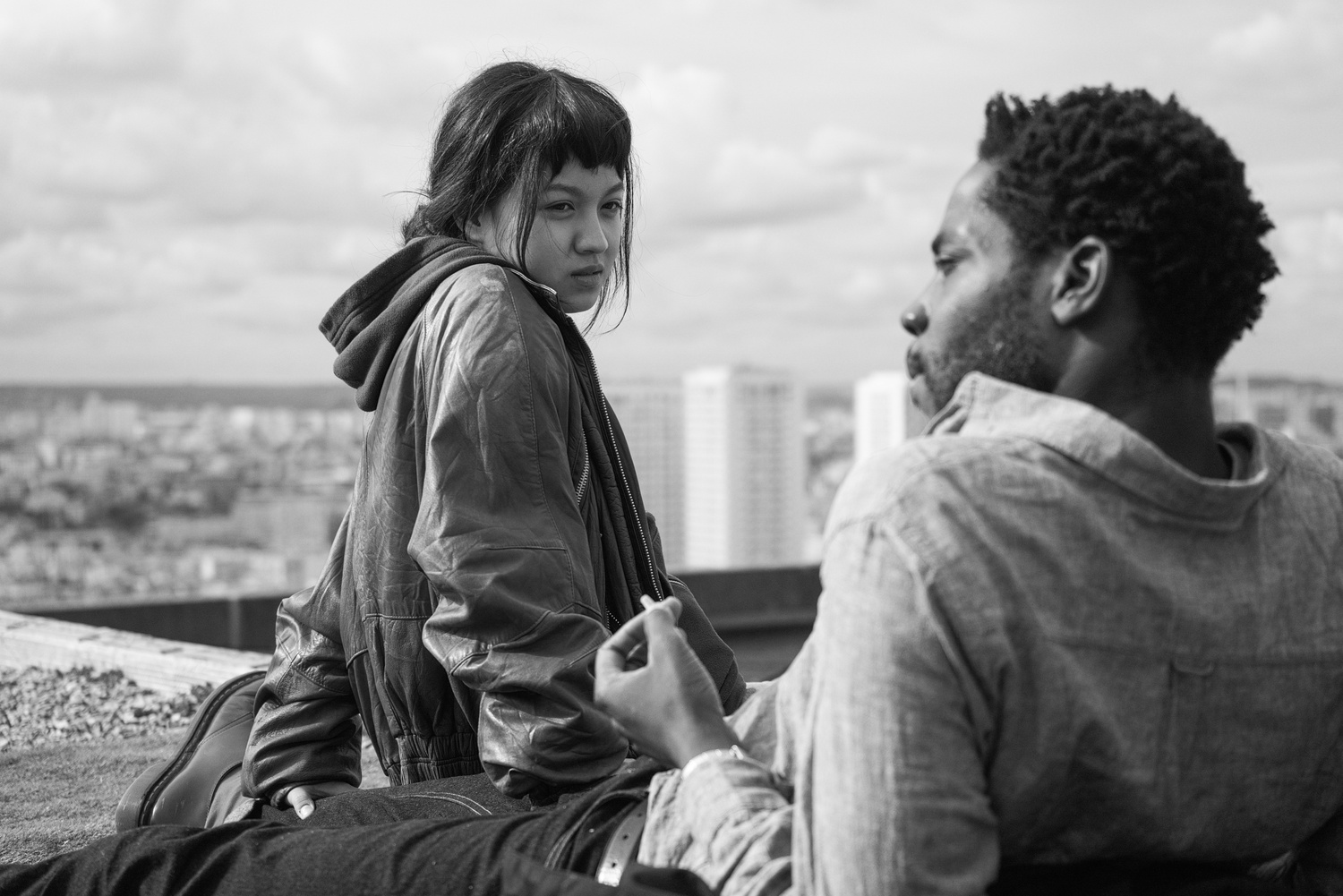 Though they may seem like polar opposites, sexual intimacy and social isolation are closely intertwined — and the Covid-19 pandemic has only complicated that intricate relationship in the digital age. Young people, it seems, have been impacted the most, as our default form of communication encourages detachment as much as it does connection.

In “Les Olympiades” (or “Paris, 13th District”), which premiered at the 2021 Cannes Film Festival, director Jacques Audiard explores these relationships through the stories of three residents in the titular Parisian neighborhood. Shot in a romantic, sultry black-and-white, the veteran director’s latest film is charming, moody, and refreshingly unassuming as it delves into the realities of intimacy in the modern world.

The French-Chinese call-center worker and post-graduate Émilie (Lucie Zhang), English teacher and doctoral student Camille (Makita Samba), and the 33-year-old law student Nora (“Portrait of a Lady on Fire” breakout Noémie Merlant) are all outcasts in their own way. They are impacted by the social isolation of the digital age and the oft overwhelming loneliness of life in a big city. Much like the separation felt by the film's subjects, "Les Olympiades" situates audiences on the outside, looking in from a distance — with only fleeting, almost episodic glimpses into each of the characters' genuine attempts at love, and the losses that follow. Audiard passes little judgement upon his characters, with audiences instead treated to a loose collection of coincidences and narrative quirks that bring Camille, Émilie, and Nora together in interesting and ever-evolving ways.

The screenplay — co-written by Audiard, Léa Mysius, and Céline Sciamma (“Portrait of a Lady on Fire”) — is adapted from some of the short stories in U.S. cartoonist Adrian Tomine’s 2015 comic collection, “Killing and Dying.” It mostly unfolds in one apartment block, focusing on the intersections between the three millennials, but told almost exclusively through unspoken words and stolen or lingering glances. The result is a convoluted mesh of relationships where, for much of the film, Émilie loves Camille, Camille loves Nora, and Nora loves cam girl Amber Sweet (French singer-songwriter Jehnny Beth), whom she connects with after being mistaken for the sex worker at a law school party. Throughout, the most obvious of the intersections between these characters is sex and their constantly evolving relationships with it.

As the central theme of the film, sex is also the main way in which characters are introduced. We first meet Camille, for example, when he responds to Émilie’s solicitation for a roommate, and, after she invites him in, shares that he “channels professional frustration into intense sexual activity.” When he starts asking her more questions about her own life, she responds “fuck first, ask later.” (Though, when he asks what that means, she says she was simply reciting an old Chinese proverb about shoes and feet.) Immediately after, they begin a passionate, if short-lived, sexual relationship that manages to linger long after it’s over.

In a story where sex often happens before characters fully know one another, the connections they form are fraught and volatile. And it’s the heartbreaking, lonely, or stoic aftermath of their desire that drives the characters through the film to the end. Still, it is also through their relationships to sex that “Les Olympiades” allows its characters to actually learn about each other. As the four characters — Amber included — are caught in a constantly shifting web of relationships and sexual partners, the sex they have (or don’t have) is crucial to their narrative arcs. Nora and Camille’s relationship in the bedroom, to cite a notable example, is what ultimately lays bare Nora’s insecurities when it comes to sex, allowing her room to grow as the film progresses.

That the sex — beautifully choreographed in the film’s many extensive sex scenes by Stéphanie Chêne — is truly vital to the characters and the story itself is a fact that Audiard never shies away from. It is both what dictates the stories that make up the essential fabric of “Les Olympiades,” and what makes Audiard’s competition selection so compelling a watch.