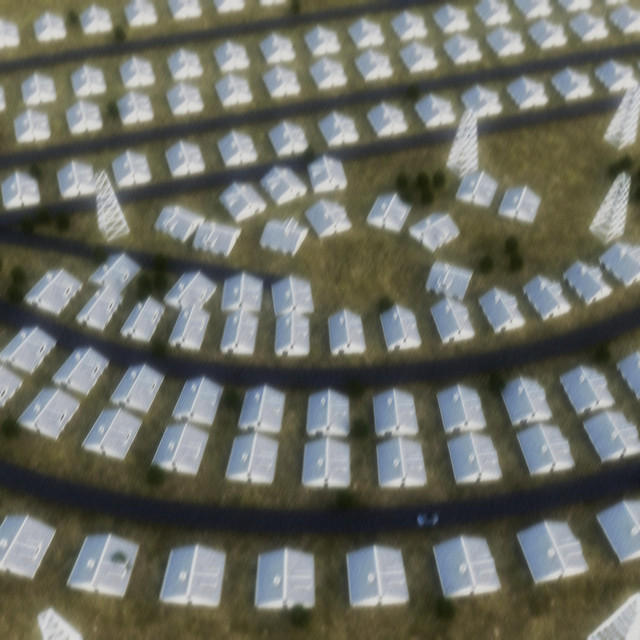 “Eighty is a popstar!” reads the bandcamp bio of singer-songwriter 8485, aka “Eighty.” Though she has yet to release a full album, the self-proclaimed pop star has been busy. She released her first track a mere 18 months ago and quickly joined the collective Helix Tears — a growing group of rappers, singers, and producers who make music at the cutting edge of hyperpop and glitchcore. This year, Eighty has collaborated with producer and fellow Helix Tears member blackwinterwells to release two EPs: “tracing paths” in January and, on April 14, “plague town.”

When the pandemic first hit, many corners of the internet groaned (often self-deprecatingly) about all the trite and overwrought quarantine EPs to come. Despite its pointed title, “plague town” fires on too many levels to remain confined to the time in which it was created: Channeling 8485’s hyperpop sensibilities into an innovative yet radio-ready sound, the EP speaks to the vivid nostalgia and entrapment of suburban youth, the entangled anxiety and resignation provoked by inevitable disaster, and the ever-present struggle for love and connection in the digital age.

The opening song, “hangar,” feels like it was made for driving listlessly around your hometown with the windows down. “This place is suffocating; I’ll still be here in five years / Where I made every mistake, sixteen trying to disappear,” Eighty sings over a pulsing beat, imbuing the cyclical feeling of geographical and emotional stasis with a burning momentum. On the second track, “purgatory,” Eighty slows down and transfers this sense of stasis into the context of an ending relationship. Where “hangar” bursts with all the energy and urgency of the struggle to escape, “purgatory” is a sonic wallow through a thick, warm fog. “I’ll be right here / When you’re leaving,” Eighty sings lethargically, creating a heart wrenching double meaning: I’ll be emotionally present for you; I’ll be left behind.

In “plague town,” relationships appear as desperate attempts to see — and thereby define — one another in a dehumanizing and constantly-shifting landscape. Eighty’s current profile picture on many streaming platforms and social media is itself a picture of her face on a computer screen, already flattened to two dimensions and partially obscured by a reflected light; the extra layer of separation between her and her audience draws attention to the gap that exists between us all. This preoccupation drives the EP’s middle track, “seer.” Eighty sings: “I give all I am, I’m a hologram / But as long as you’ll have me I’ll stay / But I can't see you the way I mean to / You're pixelated, baby, come just a little closer to the barricade.” This desperate struggle toward connection is set against an apocalyptic backdrop. Amid imagery that speaks to rising sea levels, Eighty sings with the eerie nonchalance of someone who knows she’s doomed anyways: “I think the world’s gonna end; I wish someone would say when / ‘Cause I would run to you then; I don’t think I’d complain.”

“Seer” leaves listeners with a nagging question, which Eighty tackles on “pure” and “southview”: If straining toward intimacy won’t save us, can it at least offer meaning? On “pure,” a track with minimal instrumentals that allow her vocals plenty of room to breathe, Eighty faces the impossibility of ever completely bridging the gap between two people. “I’m better on my own / ‘Cause I know what I’m like on the inside,” she sings — but if we believe for a second this is not an emotional triumph, she quickly sets us straight: “I should know the way I can make it right. / But I don’t and I’m warm and terrified.” Together or alone, there is no winning. Yet with lines like “There was a time once, I thought I could be like you” and “I don’t like what is left of me,” Eighty finds something worth elegizing: the parts of the self that are lost with an ending relationship.

This sets the stage for the last track of the record, “southview,” which portrays this discontinuity of self as both a blessing and a curse. “I don’t have any friends from when I was a kid and I’m so glad,” Eighty sings, leading into the main refrain of the song: “I haven’t seen anybody I’ve known for a long time / In a long time.” These lines capture the relief of being free of the past iterations of yourself, with nobody left to see you as a continuation of the person you once were. However, at the peak of a building crescendo, Eighty reveals the loss within this freedom in the song’s — and the EP’s — final, mournful lines: “I’ll never see me through your eyes again; it hurts too much.”

In an October 2020 interview with Underground Underdogs, Eighty noted: “One of the overall themes I see in our scene is, ‘How do real people exist in this very futuristic space?’” Sonically catchy and thematically intricate, “plague town” is an identity crisis of an EP perfect for the past year and the present moment. It’s a record for the private apocalypses that take place in our childhood bedrooms and in the blue glow of our computer screens. It’s a record for real people living in an image-driven world where the ability to see and be seen as we desire is our best approximation of intimacy.