From Cannes: Surprise Chow Premiere is Truly a ‘Revolution of Our Times’ 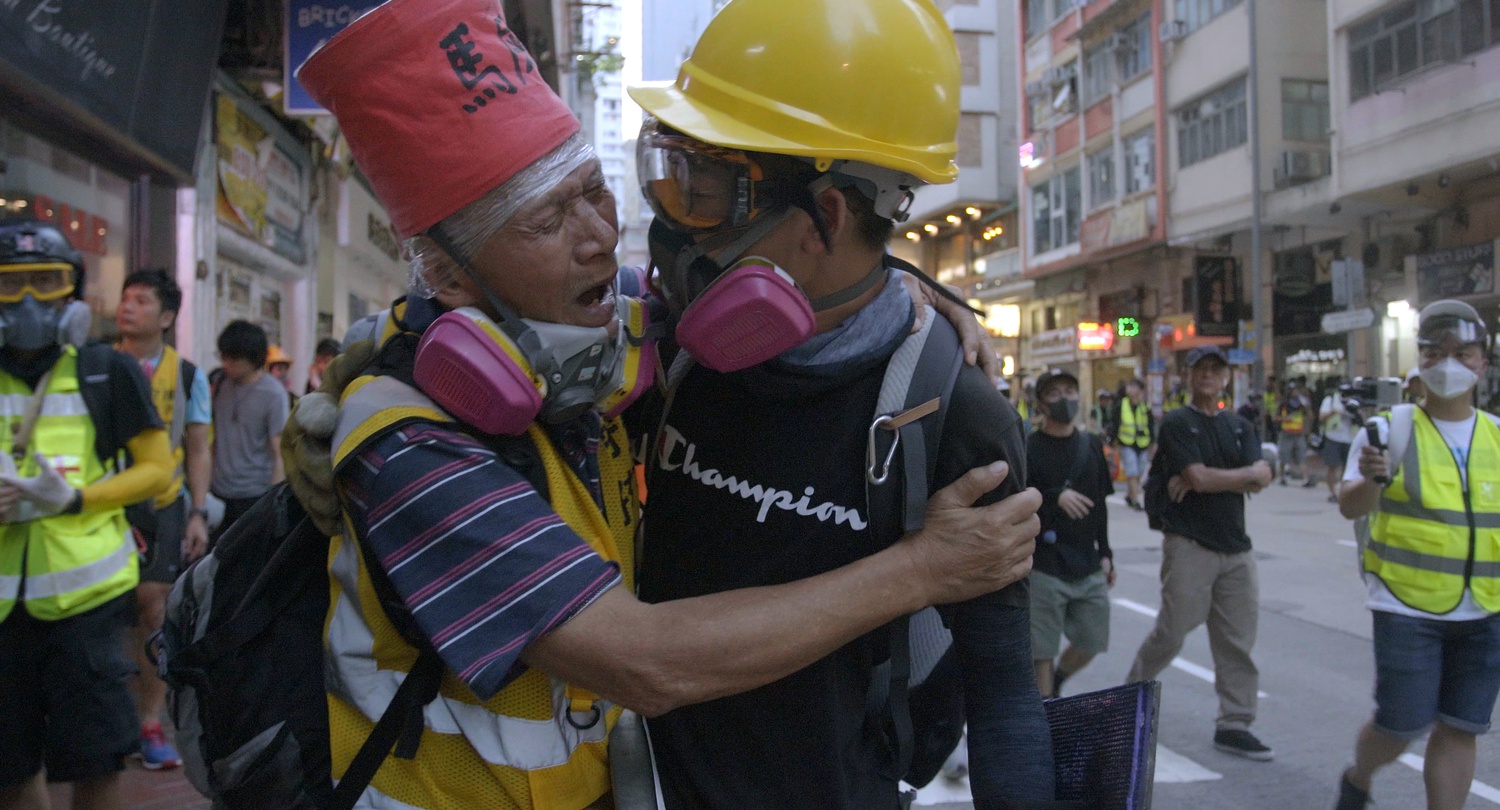 This week, the Cannes Film Festival secretly added a last-minute film to its lineup: “Revolution of Our Times,” a fiery and gripping account of Hong Kong’s 2019 pro-democracy protests. The “surprise documentary,” which was first screened confidentially to a small group of journalists on July 15, follows seven distinct groups made up of student protesters (like the Valiants, a vigilante group of pro-democracy revolutionaries), journalists, and others who have led the way in protesting for a democratic Hong Kong. The protests lead to the arrests of thousands of protesters and pro-democracy advocates, a brutal and violent police crackdown, the murders and suicides of protesters, and much stricter control by the Chinese Communist Party over the once semi-autonomous region.

The film was directed by Kiwi Chow, known mostly for his other politically-charged work, “Ten Years.” Prior to Cannes, the film’s existence was not known. For over two years, Chow worked in secret to film and edit the documentary amid strict censorship laws imposed by Beijing to limit freedom of speech in Hong Kong. Because of these laws, the rest of the film's credits are either incomplete or use pseudonyms to protect those who worked on the documentary. Instead, “Revolution of Our Times” simply says that it is made “By Hongkongers.”

Indeed, the film holds true on its promise to follow individual Hongkongers who rose up amid political crackdowns from Beijing — civilian leaders whom Chow depicts as fearless. Named after the second half of a popular protest slogan — ”Liberate Hong Kong, Revolution of Our Times" — the film expertly crafts its story around both both the protesters' mission to protect democracy in Hong Kong and also the severe, and at times insurmountable, obstacles of police and state brutality. Chow's film is told exclusively by the people fighting on or working to support the frontlines as they take on an authoritarian police force. By removing his own voice from the story and allowing it to be told by the folks who most directly experienced it, Chow delivers his audience a compelling case for the protesters’ message of liberation.

Steps to maintain privacy, like blurring the faces of the film's subjects, were necessary for the same reasons that these mostly-young people were protesting in the first place. The demonstrations front-and-center in this documentary were catalyzed by a bill proposed in 2019 which would allow people arrested in Hong Kong to be extradited to China. Many worried that their rights as Hong Kong citizens would be infringed, and indeed, the 2020 National Security Law has realized many of these fears. For protestors, including those shown in the film (who all go by pseudonyms like “Conscience” or “Nobody”), such a law has proven especially dangerous; the film even ends with a note that some of the film's own interview subjects have since been arrested. Such elements — from the secrecy of the film's release to the lengths Chow goes to protect its subjects — add a degree of tangible, real-world urgency to its subject.

Chow and his team largely film the documentary with on-the-ground footage; Chow himself spent days and nights with the protesters as they took over the Polytechnic University in Hong Kong in one of their biggest and most impactful protests, which, like all the others, was met by brutal and relentless force from the Hong Kong police. Throughout the film, Chow’s presence is palpable, though it seems he tried to avoid it. But that isn’t a bad thing — the shaky handheld camera, especially in times of extreme chaos, and the way it follows characters like a person’s eye would, all add to a sense of personhood behind the film. In one particularly crucial moment, for example, a protestor breaks the fourth wall by thanking Chow for telling their story.

These two things — the unrelenting humanity of the documentary, and its importance in documenting the struggle for Hong Kong’s liberation — are what make “Revolution of Our Times” such a compelling and crucial piece of journalism. Not only does Chow work to distill a complicated problem into a moving documentary, but he also does critical work to show the protesters as genuine people, rather than radical talking heads. They are humanized and engaged with authentically, and, most importantly, it is done on their own terms, with their own words. It’s clear that Kiwi Chow and the “Hongkongers”’s documentary is a bombshell, and a necessary watch across the globe.