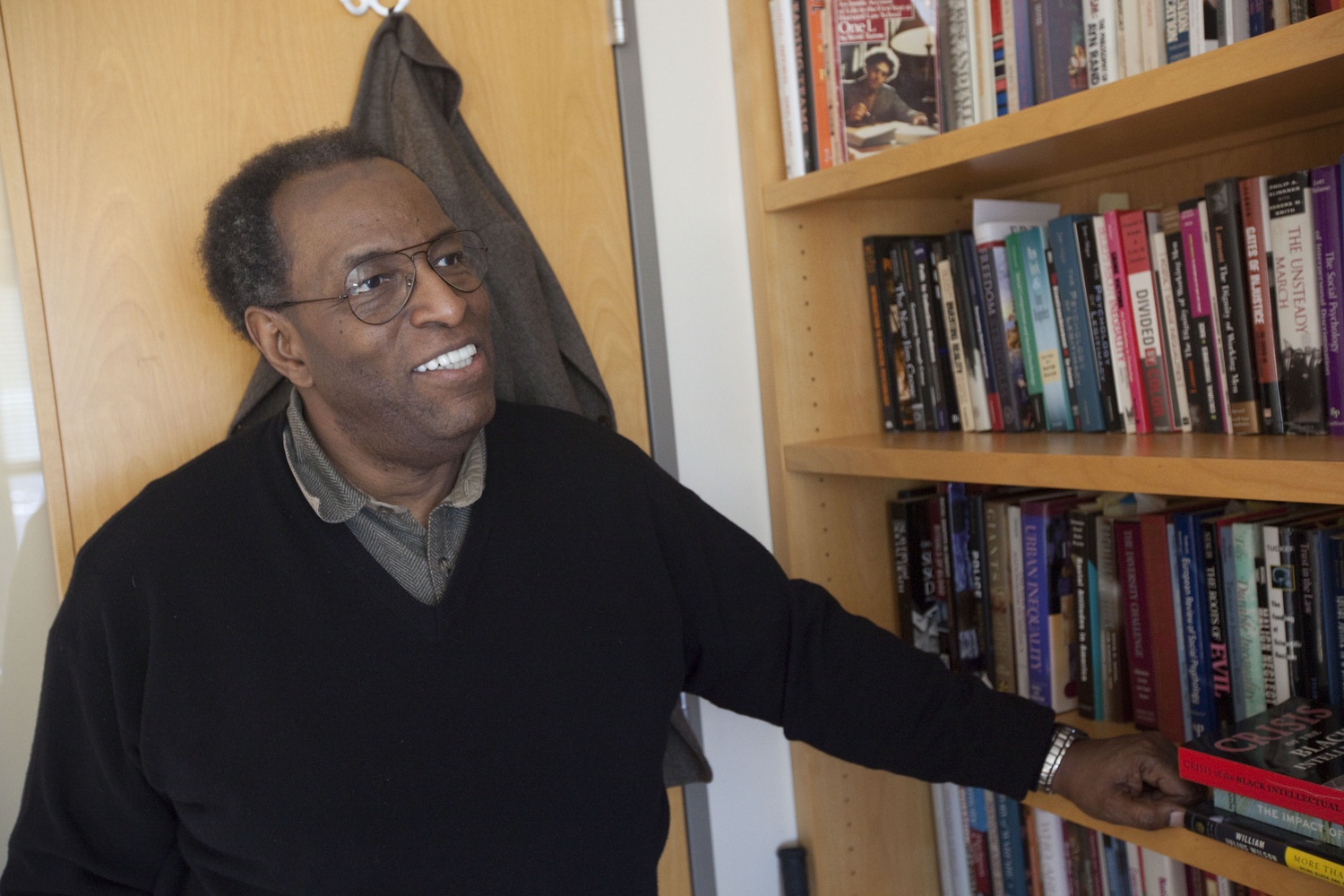 James H. Sidanius began teaching at Harvard in 2006 and ran a lab studying the social psychology of ethno-racial hierarchies, prejudice, and identity. By Courtesy of the Harvard Gazette

Sidanius began teaching at Harvard in 2006 and ran a lab studying the social psychology of ethno-racial hierarchies, prejudice, and identity.

As a young adult in the late 1960s, Sidanius was involved in Black nationalism and anti-war activism. After earning his bachelor’s degree at the City University of New York and working as a counselor for local youth, Sidanius renounced his U.S. citizenship and became a Swedish citizen, earning his Ph.D. from the University of Stockholm.

Christopher M. Federico, one of Sidanius’s former graduate students at the University of California, Los Angeles, said that these experiences shaped the social and political psychology theories Sidanius later developed.

“In terms of how he formed his interests as an academic, and in terms of how his life narrative was shaped by that activism he did in the late 60s and his experiences as a Black man coming of age in the late 1960s in America — that profoundly shaped not only his basic worldview as a person, but also a lot of the theories he developed,” Federico said.

Sidanius — alongside University of Connecticut professor Felicia Pratto — was well known for pioneering the concept of social dominance theory, which argues that multilevel social hierarchies influence the power and status of groups of people.

According to the theory, hierarchies across different cultures form along boundaries of age, gender, and markers of race and ethnicity, religion, or other demographics. Furthermore, the theory argues, an element of an individual’s psychology — their “social dominance orientation” — makes them more or less likely to acquiesce to social hierarchical standards more broadly.

“He wanted to get the theory right and it had to match the data,” Pratto said. “So he would make very strong theoretical assertions, but he really wanted to see what the data said too.”

‘A Gentle Guide’ as a Mentor

Sidanius served as a mentor for undergraduates and graduate students alike, including advising theses for students at the College.

Asma Ghani, a Ph.D. candidate in Social Psychology working in the Sidanius Lab, described Sidanius as “a gentle guide” who would help students discover their academic passions.

“He really wanted you to figure out what you wanted to do and what you were passionate about,” Ghani recalled. “One of the things he would always ask me to think about was, ‘Well so what are the questions that keep you up at night? That is what you need to be researching.’”

Lumumba B. Seegars ʼ09 — who worked with Sidanius as both an undergraduate and graduate student — said Sidanius was personable and kept in touch even after Seegars switched from psychology research to an interview-based dissertation.

“He asked to see pictures of my family, he would ask about how I was doing, and we were able to have conversations,” Seegars said. “Sometimes we think of these academics as just their work, but they’re also human beings, and to me I really mostly experienced Jim as a human being.”

Ghani and Seegars both said they remember sharing many jokes with Sidanius as students.

“I think Jim was an incredibly warm presence, and he had a quick, dry sense of humor,” Ghani said. “He was always so quick to smile — it was wonderful to just share a joke with him, and then just have him smile.”

‘Grandma Sidanius’ in the Classroom

Sidanius taught data analysis through graduate school courses, including Psychology 1950: “Intermediate Statistical Analysis in Psychology” at Harvard and a similar quantitative methods course years prior at UCLA. According to his past students, his statistics courses were notoriously difficult.

“He would make you work and he had high standards, but at the same time he was extraordinarily helpful and he would do anything to assist his students, to provide them with feedback,” Federico said. “The thing that helped all of us along the way is that while he had those high standards, he also had the highest confidence in our ability to meet those standards.” 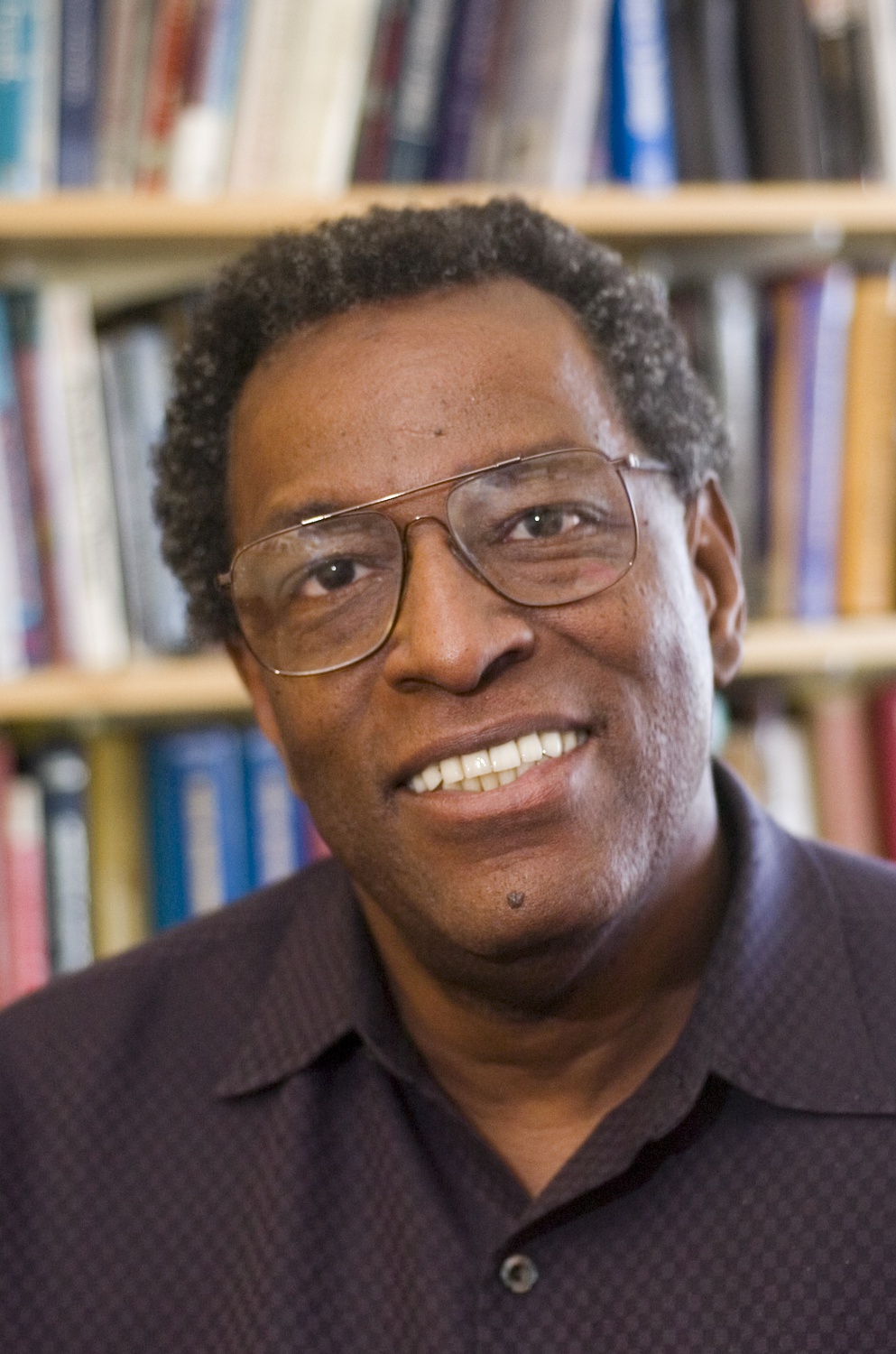 Sidanius served as a mentor for undergraduates and graduate students alike, including advising theses for students at the College. By Courtesy of the Harvard Gazette

Federico recalled that the professor would often cold-call students or pick “Sidanius volunteers” to answer his questions, a process which Federico said ultimately built student confidence.

“It kept you on your toes,” Federico said. “I’d never met in all my years in higher education another academic who was able to use that as effectively.”

Seegars described the experience as “terrifying,” but encouraging at the same time.

“What I loved about it — while it was terrifying — I felt like when he called on us, he wanted you to get it right,” Seegars said.

According to Seegars and Ghani, Sidanius expected his students to develop a deep level of understanding of the material, requiring them to write paragraphs explaining the equations and proofs covered in the course.

“He was a wonderful stats teacher,” Ghani said. “It was a little intimidating because what he really wanted you to do was understand the mechanisms behind how everything works.”

“There were so many moments where I completely failed to accurately describe something to Grandma Sidanius,” Ghani said. “But I think as the course went along, a lot of us learned how to do it — so we learned how to talk about these things in a way that would make sense to anyone.”

Ghani said she still uses this approach in her academic work today.

“Even now there are times, if I’m stuck on a Stats problem or I’m trying to understand what I’m doing, I often go back to my notes from that class,” Ghani said. “Let me talk about it and think about it from a Grandma Sidanius perspective.”

Outside of the classroom and the lab, Sidanius had a vast array of hobbies and interests, including classical music, films, food, and sports cars, according to Pratto.

As a flutist, Sidanius loved sharing his taste in music and would leave classical music playing in his office with his door cracked open, Seegars remembered. Federico said he and Sidanius discussed classical music, jazz, and jazz fusion with one another regularly.

“He had an encyclopedic knowledge of music, it was always something he liked to talk about,” Federico said. “He loved cars too — a lot of the remembrances of over the last few weeks have focused on just how passionate he was about luxury automobiles.”

Federico called Sidanius a “renaissance man in many respects,” noting the professor’s broad interests in politics, jazz, food, and other topics outside the social sciences.

According to Pratto and Federico, Sidanius enjoyed passionately arguing over his intellectual ideas in a respectful yet persistent manner.

“He loved to argue — not in a way that I would call argumentative, though, I don’t mean that — I mean that he just was very interested in intellectual ideas,” Pratto said. “He did like to be provocative, but he wasn’t doing it just for show. He was doing it as a way to really engage people’s ideas and thinking.”

“He touched people’s hearts very deeply,” she said. “Even though as an intellectual he could be considered to be combative, he was also a warm person who really cared about people and could be a very gentle man, so a lot of people viewed him as kind of a gentle giant.”