For Its Own Sake, ‘The D’Amelio Show’ Should Be Canceled 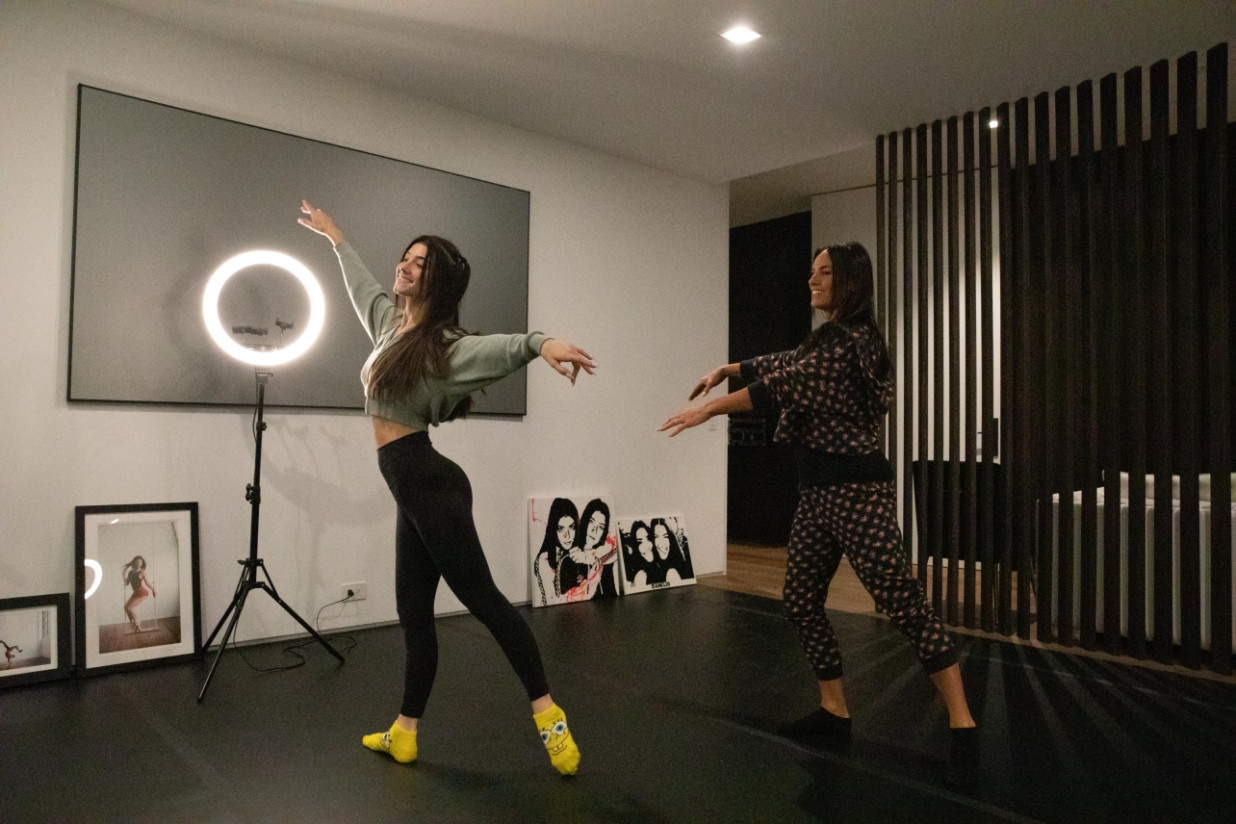 In “The D’Amelio Show,” Hulu’s new reality TV show about a family of TikTok stars, Charli and Dixie D’Amelio seem haunted. Most of the events of the show are pretty normal, if not mundane — the sisters hang out with family and friends, go on dates, and scroll through their phones. Over these scenes, however, the producers have superimposed screen grabs of comments from the D’Amelios’ social media accounts. Some of the comments are supportive — adoring fans expressing their support of the girls’ careers — but most of them are negative. Over and over again we see the girls bombarded with hate, and we see it get to them. The cameras roll as Dixie sobs over a negative reaction to a Vogue video, and as Charli has a panic attack when she is confronted with a paparazzi. The sisters tell the camera that their fame makes them too scared to leave the house. It is hard to watch.

“The D’Amelio Show,” itself, however, is framed as a solution to this hate. “I’m proud of myself that I shared this much,” Charli D’Amelio says in the final episode while reflecting on the show. She goes on to implore her fans to be nicer: “If you spread positivity, I think social media can be a different place.” The goal of “The D’Amelio Show” is clear — by showing the D’Amelios being vulnerable with their audience, it’ll make the sisters’ fans more empathetic. It’s a nice idea, but one that completely misunderstands the nature of the modern celebrity-fan relationship, and through this misunderstanding, “The D’Amelio Show” ends up feeding the very same monster it claims to be fighting against.

The online hate comments that “The D’Amelio Show” quotes from are varied — drawn from Youtube and TikTok videos, criticizing everything from the girls’ voices to their appearances. After watching a couple of episodes of the show, however, a clear theme develops — hundreds of nameless, faceless fans are demanding to know why and how the D’amelios are famous.

It’s interesting that, as the producers of the show chose to highlight these comments, no one really ever answers this question. “First of all, I don’t consider myself famous,” Charli says in one testimonial, before going on to stress that her fame was an accident.

But with over 100 million Tiktok followers and counting, it is hard to see how Charli could be considered anything other than a celebrity. Charli’s comment, however, isn’t entirely unfounded. There is a distinction to be made between the type of fame Charli holds and a more traditional type of fame in a pre-internet world. The difference lies in the “accidental” nature of the D’Amelios’ fame. It’s not very easy to “accidentally” become an actor, or a singer, or any of the other traditional paths to stardom, which require a certain level of talent or influence to achieve. But in a world where everyone posts on social media, and where any post can be picked up by the algorithm and shared to hundreds if not thousands of strangers, “fame” is no longer inaccessible. Fame, it seems, is now available to anyone with an iPhone. In a 2016 episode of Peter Holmes’ podcast “You Made it Weird,” comedian Bo Burnham expands on this point: “At some point, there were famous people and normal people and then the floor fell out and now there is a continuum that starts with one like and ends with Kim Kardashian and there is a ladder that everyone is on.” If anyone could have fame, why doesn’t everyone have it?

And of course, celebrity doesn’t just mean the attention of millions. For as much time as “The D’Amelio Show” spends delving into the personal lives of its subjects, it spends double that showing off their wealth. There’s the LA house with the floor-to-ceiling windows and the infinity pool. There’s the personal hibachi chef and fancy meals at rooftop restaurants. There are the shopping trips and the matching athletic sets. As it often does, their fame means wealth.

With all this in mind, the hate comments that the D’Amelios receive don’t seem so much like personal attacks as they do cries of envy. “Why are the D’Amelios famous?” starts to sound a lot more like “Why them and not me?” The same year Charli D’Amelio hit 100 million followers, unemployment in the US reached a 70-year peak. It is no wonder people think something about the D’Amelios’ rise to prominence is unfair.

But the sense that the average person is only “an accident” away from D’Amelio-esque fame does not just lead to feelings of envy. It leads to entitlement. In this new age of celebrity, if the average person can’t be the famous person they envy after, they can have almost unlimited access to them. The D’Amelios don’t just produce dancing videos on TikTok. They livestream. They vlog. Comments, hateful or not, are just another form of this access — a direct line to celebrity. Hate comments demand attention; they demand control over their target.

At a certain point, it does not matter how charming or likable the sisters are. The D’Amelios’ attempts at quelling hate by providing more access, by showing the sisters at their worst, is thus only stoking the fire. Showing Dixie and Charli mid-panic attack is not embracing vulnerability, it’s exploiting their accessibility, and in this way “The D’Amelio Show” suggests that the viewers are entitled to it. “The main goal of ours is to tell the true story of us,” Marc, Charli and Dixie’s father, says in an early episode. The show becomes more disturbing then, as perhaps unintentionally, the line between fan and celebrity gets blurred, and the D’Amelios get further entrenched in their own fandom, something that is clearly already hurting the sisters.

It might be too late to do anything about all of this, or to stop the vitriol that these two young women are experiencing every day. But the existence of “The D’Amelio Show” and the increased access it provides to their lives are certainly not helping. For the sake of the D’Amelio’s themselves, here’s hoping the show does not return.