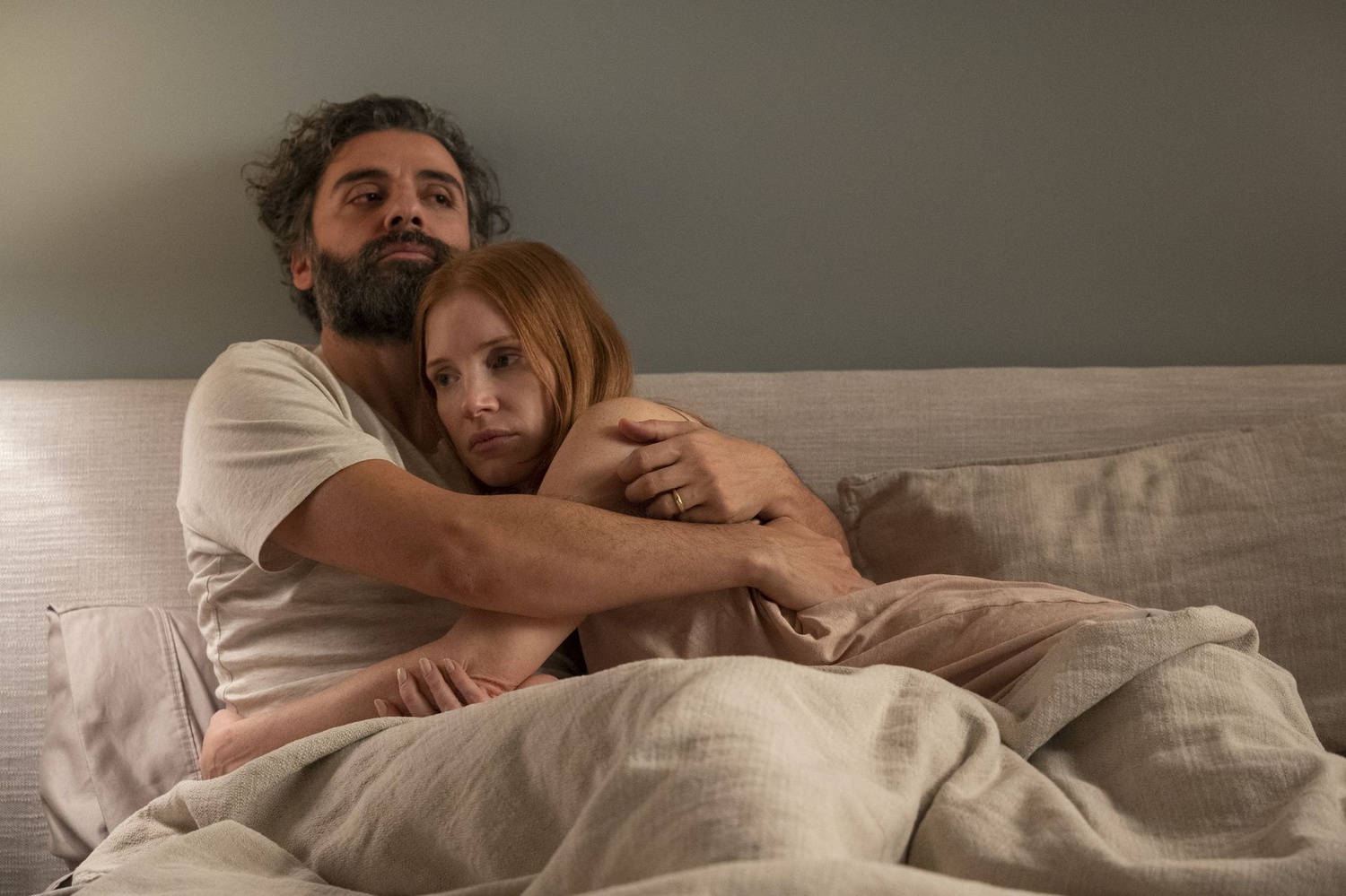 Oscar Isaac and Jessica Chastain in "Scenes from a Marriage." By Courtesy of Jojo Whilden/HBO
By Connor C. Riordan, Contributing Writer

On Sept. 6, the internet broke over a steamy video of Oscar Isaac gently caressing Jessica Chastain’s arm at the 2021 Venice Film Festival Red Carpet Premiere of “Scenes From a Marriage,” an adaptation of Ingar Bergmann’s 1973 Swedish TV miniseries of the same name, which stars Chastain and Isaac.

As Chastain smiled for the cameras, her arm around Isaac’s shoulders, the “Dune” actor slowly leaned down and kissed her upper arm before the two pulled each other into a tight embrace. Twitter users, understandably, lost their collective minds over the pair’s enviable chemistry. Some especially colorful commentary includes “My brain is showing a 404 error,” “I AM VERKLEMPT,” and Mindy Kaling’s Instagram comment on one of Chastain’s posts: “Why is Oscar Isaac the only person allowed to kiss your inner arm?” There are also, predictably, many tweets suggesting that the pair are secretly a couple or expressing sympathy towards Isaac and Chastain’s actual spouses.

The fact that the video has been viewed over 11.5 million times since it was uploaded highlights the unique niche that “thirsting” occupies in the entertainment space. With social media as its main driver, it’s no surprise that “thirsting” quickly rises to mainstream media consciousness and becomes the focus of endless interviews and questions. Asked about the video in question on the “Today Show,” Chastain exclaimed, “We have all been locked in our houses for so long, you know, when this video went viral, I was like, people just need to see people touch! And hold each other!”

Though it is probably heightened by the intensely touch-starved masses finally emerging from quarantine, this phenomenon is nothing new. It was only a few years ago that Bradley Cooper and Lady Gaga’s performance of “Shallow” at the 2019 Oscars was met with countless stories about their supposed attraction cropping up weeks and months after the event, much to the chagrin of the actors. Tom Holland and Zendaya have also been routinely romantically linked since the release of “Spider-Man: Homecoming” (a matter that may have finally been put to rest this past July with news that the pair was seen kissing in a car). I, for one, have seen my fair share of the “Celebs Read Thirst Tweets” videos put out by BuzzFeed Celeb on YouTube, the majority of which have millions — if not tens of millions — of views.

“Thirsting,” then, can be used as an effective marketing strategy as much as a fun distraction. As notable author and film critic Martha P. Nochimson notes in her book “Screen Couple Chemistry: The Power of 2,” “The chemistry of the onscreen media couple… can create those special conditions through which torrents of popular culture energy are channeled as a form of intelligent communication.” This communication is as much between studios and consumers — and their wallets — as it is between actors and viewers. From Venice we are led to the video, from the video to an interview with the actors about the video, from the interview to the trailer of the show in question, from the trailer to the show, and from the show to other content on that streaming platform. And we’ll shell out the $10 or $15 dollars a month to gain access to that content.

Does this mean we have to feel bad for every thirst tweet we consume? Should we despair at the thought that every arm kiss between Oscar Isaac and Jessica Chastain could just be an elaborate marketing ploy designed to grab our eyes and extract fistfuls of our dollar bills? Is it morally just for entertainment conglomerates to weaponize our thirst? Perhaps it’s possible to reconcile these questions with the thought that, in the end, maybe all that matters is the way Oscar Isaac’s eyes crinkle as he smiles.