‘Queendom’ Review: A Solid but Safe Return of the K-Pop Queens 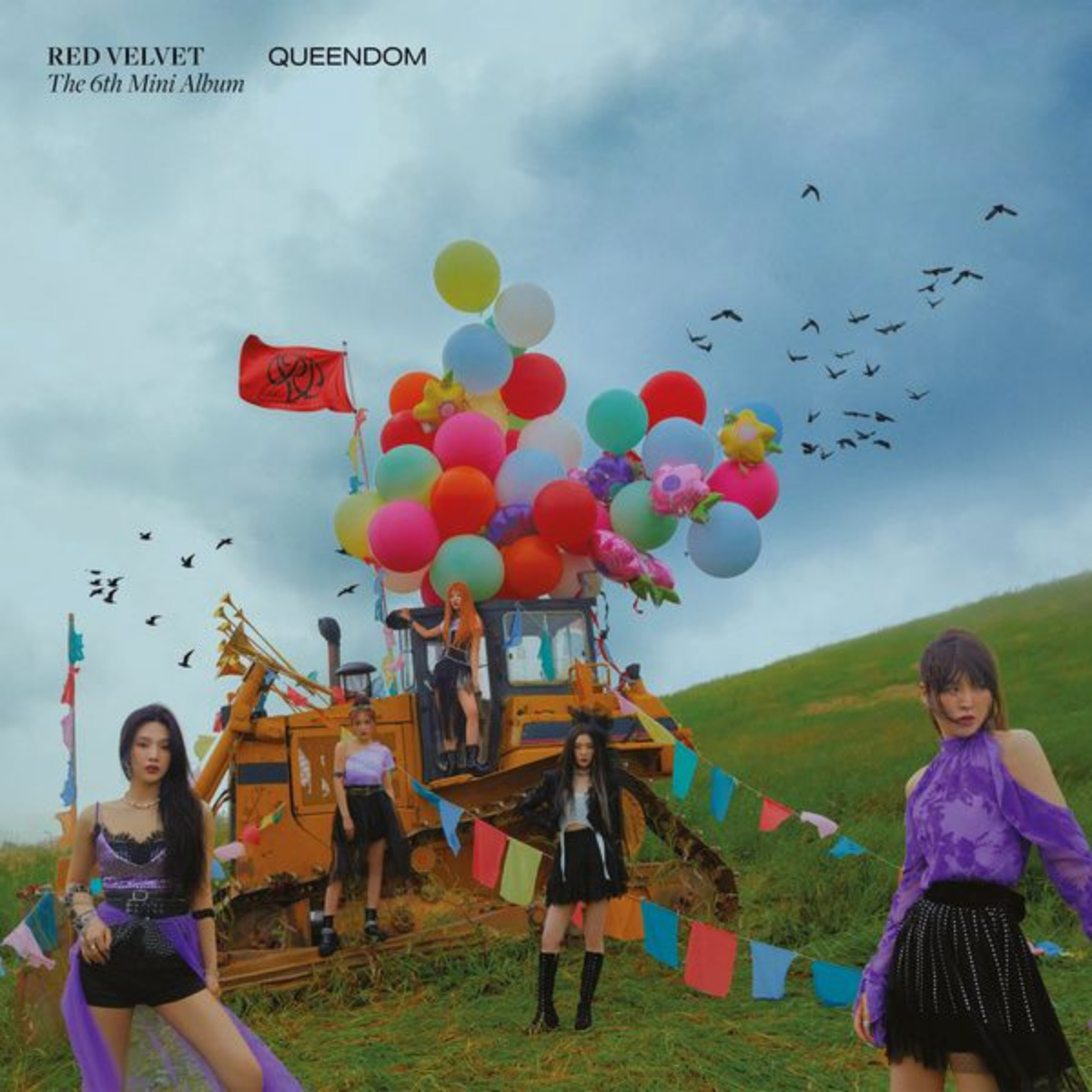 One year and eight months after their last release, the five queens of Red Velvet marked their return with their latest enchanting EP “Queendom.” For those who are not active K-pop listeners, waiting 20 months for new music may seem like nothing. But in the fast-paced K-pop world, where groups release new albums two to three times a year, 20 months is a very long time.

The announcement of Red Velvet’s comeback, featuring all five members, resulted in both flutters of excitement and sighs of relief for the group’s fans, also known as “ReVeluvs.” Red Velvet’s last release, the album “The ReVe Festival: Finale,” featured what was arguably the best K-pop song of 2019: “Psycho.” However, promotion of “Psycho” was cut short when main vocalist Wendy suffered a serious injury while rehearsing for SBS’s Gayo Daejun event. ReVeluvs have waited with bittersweet anticipation since then for the next Red Velvet album.

Unfortunately, “Queendom” falls short of meeting the high expectations set by “The ReVe Festival: Finale.” This does not mean that the album is bad, but rather that it is just safe. This predictability differs greatly from Red Velvet’s previous output as a revolutionary and experimental group who have never been afraid to push past musical boundaries and create their own genre of K-pop. Their name represents the duality of their musical style: “Red” represents bold, addictive pop, funk, and hip-hop, while “Velvet” evokes their sensual, smooth R&B, jazz, and balladic tracks.

The title track “Queendom” is an empowering dance-pop song that features many of Red Velvet’s “Red” trademarks like bright vocals, electronic sounds, and fast-paced, driving beats. But the group stays too true to the predictable boundaries of dance-pop, and the song lacks an additional level of musical depth and even unorthodoxy that would make it truly theirs, which their previous single “Zimzalabim” exemplifies.

The song’s theme of empowerment is successful but also ambitious at times. The more gender-inclusive lyric choice of “‘Cause we are queens and kings” may not seem remarkable, but in the world of K-pop, where many songs are strictly gendered, it’s a step in the right direction. At the same time, though, the song struggles to balance the “Red Velvet” sound with its lyrical message. A trademark of Red Velvet’s “Red” songs lies in their hooks, and the repetitive “Ladida-do ba-badida” throughout “Queendom,” while catchy, lacks lyrical meaning and ultimately detracts from more impactful lyrics like “Don’t need crown, we were born to dazzle.”

However, the message of empowerment is better, albeit more subtly, communicated through the album’s chic second song “Pose.” Relative to “Queendom,” this song more effectively uses pop elements, utilizing a rhythmic, spoken-word-like vocal quality to make listeners feel like models on a runway with all the confidence in the world to strut and pose. In fact, the repetition of the lyric “pose” adds to, rather than detracting from, the main lyrics like “Don't care about other people's stares / (That's right, strike a pose, then go) / Meet the real me, yeah.” “Pose” is a must-add song to any runway performances, whether in New York Fashion Week or your own bedroom.

“Knock on Wood” is another well-crafted, clever song that captures the essence of the group. Through its light instrumental and feathery vocals, the song nimbly channels the experience of falling in love and the nerves of a first crush. The third and fourth songs, “Better Be” and “Pushin’ N’ Pullin’,” tap into the “Velvet” R&B side of Red Velvet’s sound with varying levels of success. While “Better Be” is not a standout, “Pushin’ N’ Pullin’” paints a musical visual of love’s push and pull through emotional vocals and shimmering instrumentals.

The sixth and final song, “Hello, Sunset,” is the perfect song for late-night summer drives. Its soft piano instrumentals paint the perfect background for Red Velvet’s whimsical, gorgeous vocals. The lyrics discuss saying goodbye to summer but, more importantly, saying hello to the future. One particular line has stuck out for ReVeluvs: “Thank you for waiting for me / I'll give you a big hug.”

When asked what she wanted fans to take away from this album, Red Velvet’s leader Irene responded, “When we’re together, we shine more beautifully so let’s be there for each other forever and always.” After overcoming obstacles together, the group is embracing a new chapter with this album. Although “Queendom” may not feature the experimentation and creativity that marked Red Velvet’s past work, it still has sparks of what makes the group unique and promises more to come from these five queens of K-pop.

— Staff writer June K. Park can be reached at june.park@thecrimson.com.