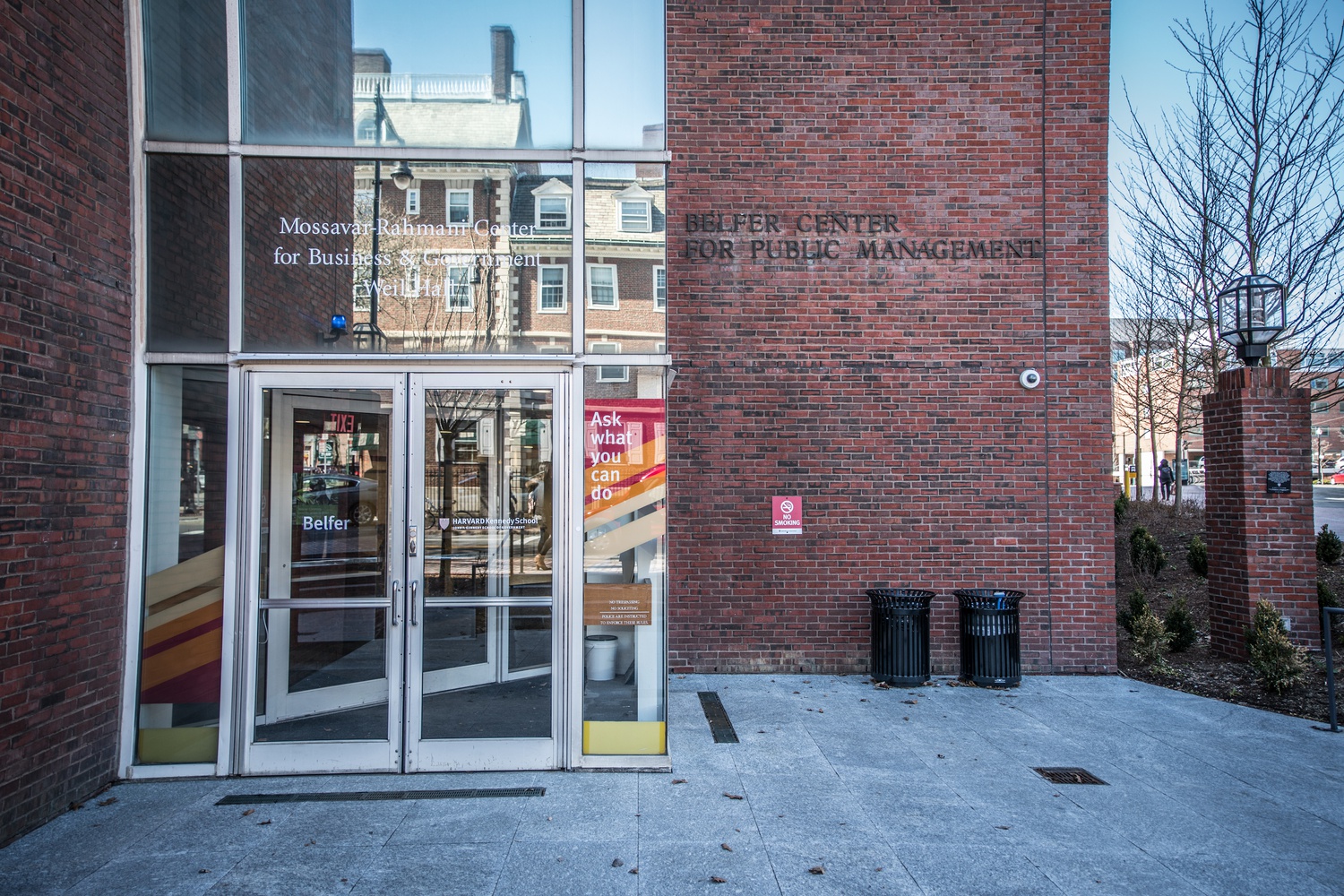 The seminar focused on chapter three of Golub’s dissertation, which argues Stimson drastically expanded the influence of the War Department in American politics. Golub, a Ph.D. candidate in International History at the London School of Economics, serves as an Ernest May Fellow at the Harvard Kennedy School’s Belfer Center for Science and International Affairs while he completes his dissertation on the War Department’s transformation into a key political player.

Golub highlighted U.S. Secratary of War Henry L. Stimson’s far-reaching organizational reform, which reduced the severe infighting that had crippled the military and left it “on the fringes of policy making.”

“These personal and policy differences really impacted the War Department's ability to shape policy at all,” Golub said. “They basically spent more time fighting one another than they did trying to convince the president or other parts of the Roosevelt administration — let alone Congress — to follow any of their presidential or political advice.”

Stimson managed public relations and created the Cabinet Defense Council, which held weekly meetings to coordinate foreign policy among department leaders. Additionally, Stimson’s War Department lobbied Congress and President Franklin D. Roosevelt, Class of 1904, to institute conscription under the Selective Service Act of 1940 — though the department had not historically engaged in lobbying.

Ultimately, Stimson’s reforms increased the political power of the War Department from its previous state of “bureaucratic infighting” to its current position as a critical political actor, Golub explained.

He added, however, that few today are aware of the extent of the military’s political influence.

“One of the most pernicious myths about the American military is that it’s apolitical,” Golub said. “But they have their own political and policy objectives, and they work to try and enact them.”

During a Q&A session after the presentation, audience members asked Golub about critiques of Stimson’s tenure, including his rumored support for the atomic bomb.

When asked whether Stimson used his unique authority for good or evil, Golub said Stimson was “extremely racist” and “had a lot of discriminatory beliefs.”

“There are a lot of moral failures and also political failures that Stimon’s War Department is responsible for — like Japanese internment, the destruction that's created by the fire bombings, and of course, the atomic bombings — that would have to be included in any realistic assessment of of the War Department in this period,” he said.

Despite these failures, Golub said he believes that “things would have gone very differently and very badly for the United States” during World War II without Stimson’s influence.

In an interview after the event, Golub highlighted the public’s tendency to underestimate the level of disagreement that exists within the executive branch.

“I think that we underestimate how much bureaucrats and cabinet officials and people throughout the executive branch of the government try to compete with one another through the various routes at their disposal to create eventual American policy across a range of issues,” he said.