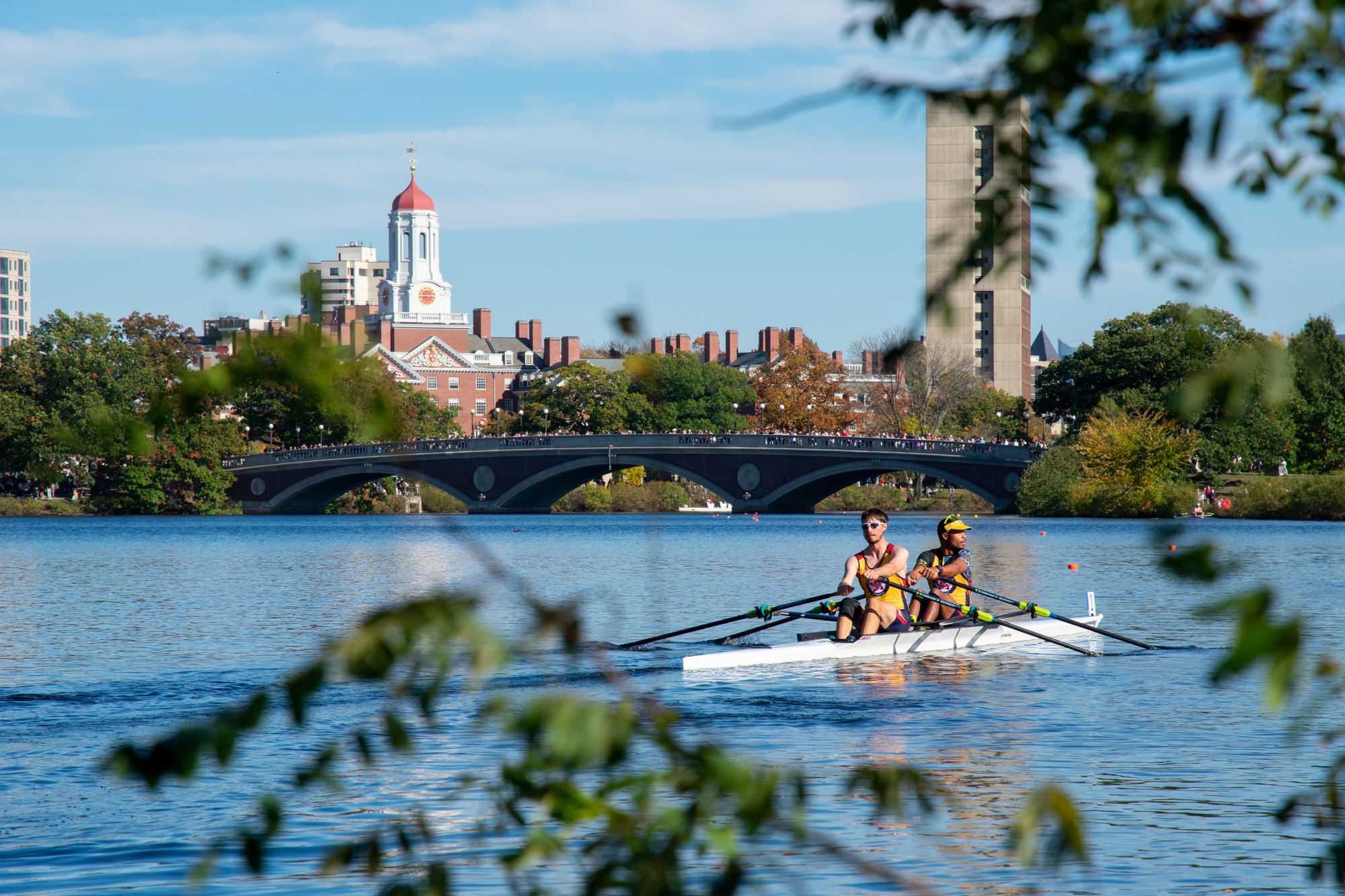 In Photos: The 57th Head of the Charles Regatta

The Head of the Charles Regatta returned to Cambridge this weekend. The three-day rowing head race on the Charles River began in 1965.
By Julian J. Giordano, Ian C. Hua, and Christopher S. Li 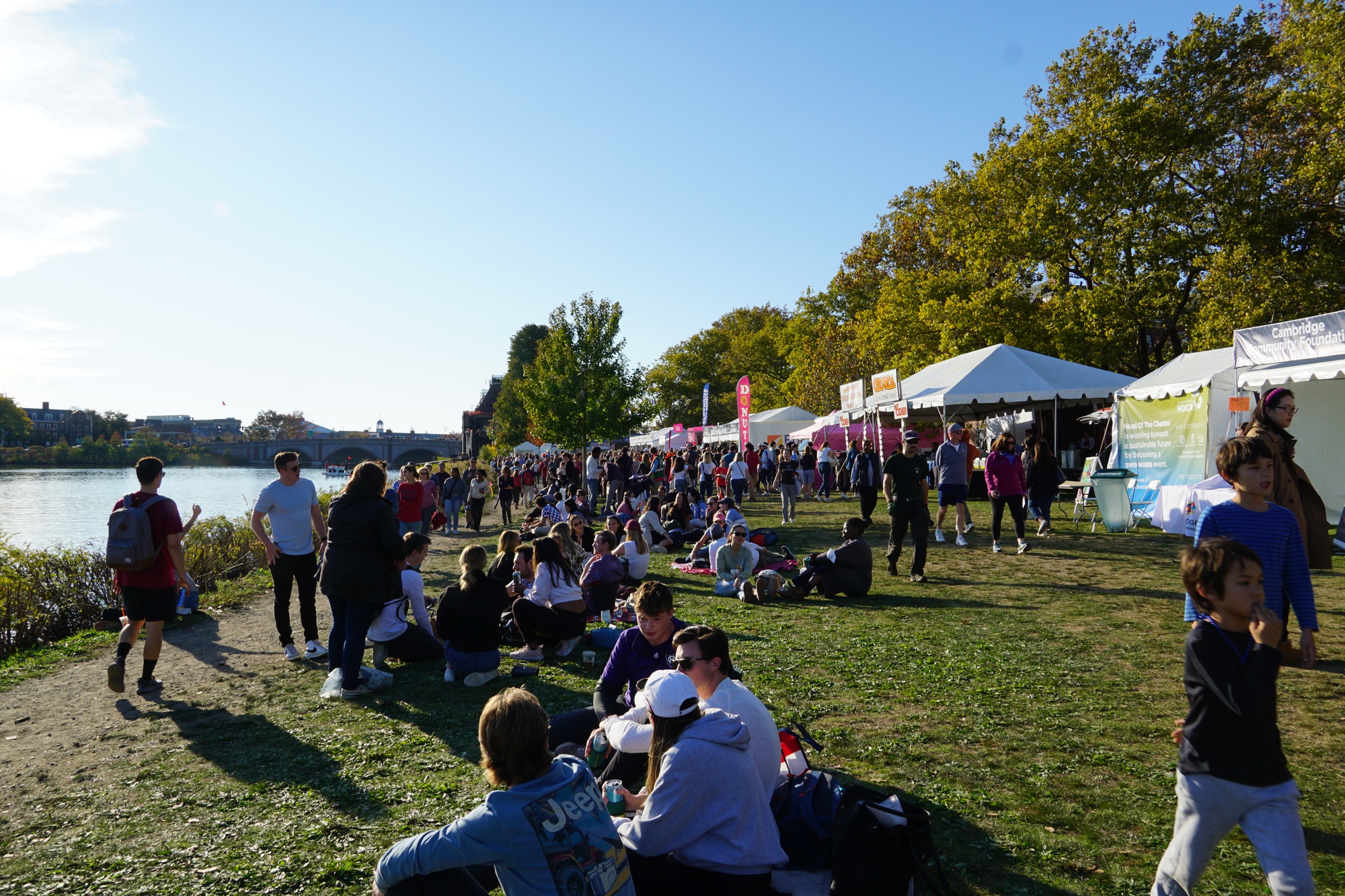 The regatta brings over 200,000 people to Boston and Cambridge each year. Thousands of spectators lined the banks of the Charles to watch the races this Saturday and Sunday. 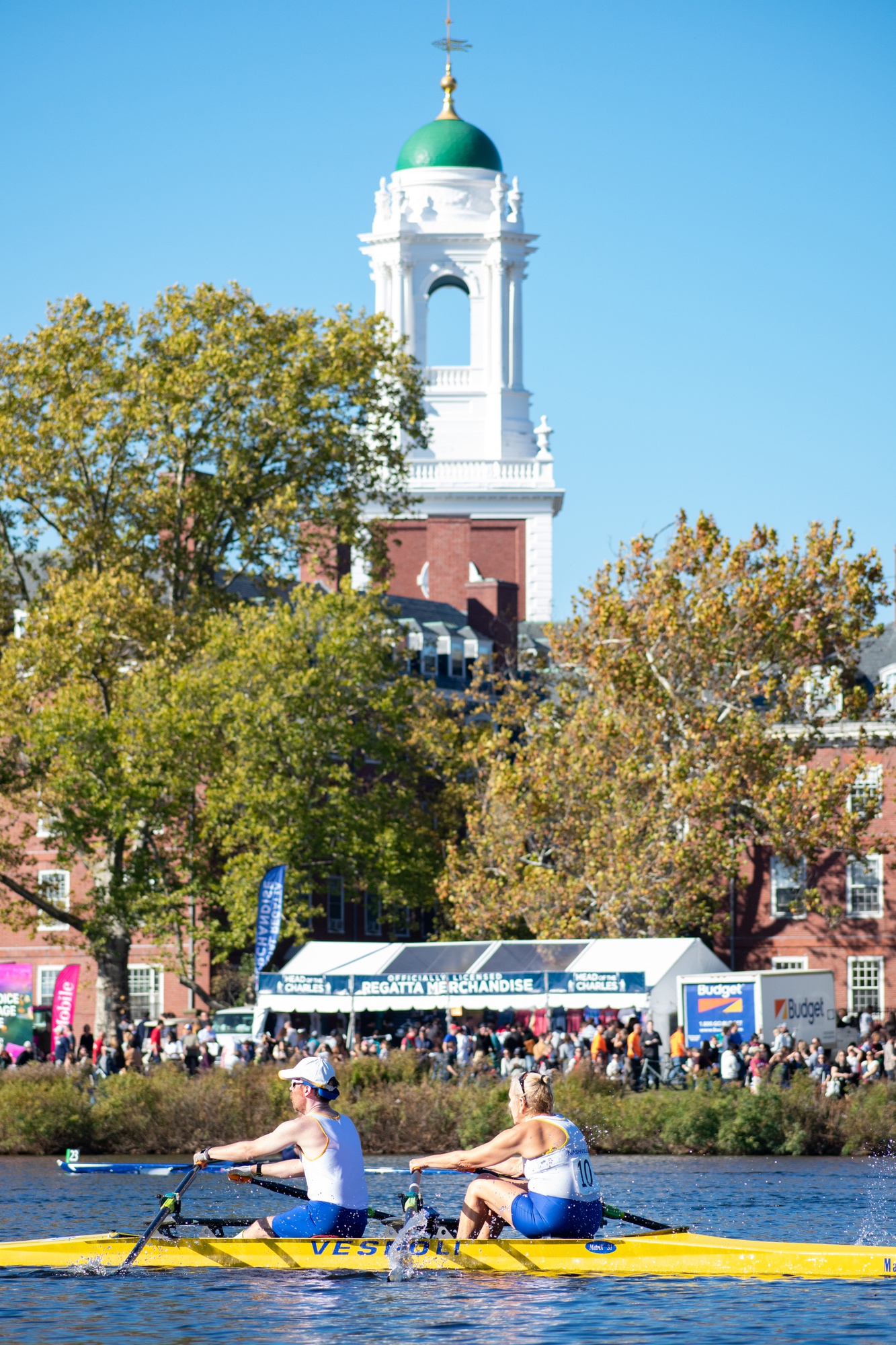 The course takes boats by each of Harvard's river houses. Merchant tents set up on the banks of the river throughout the weekend. 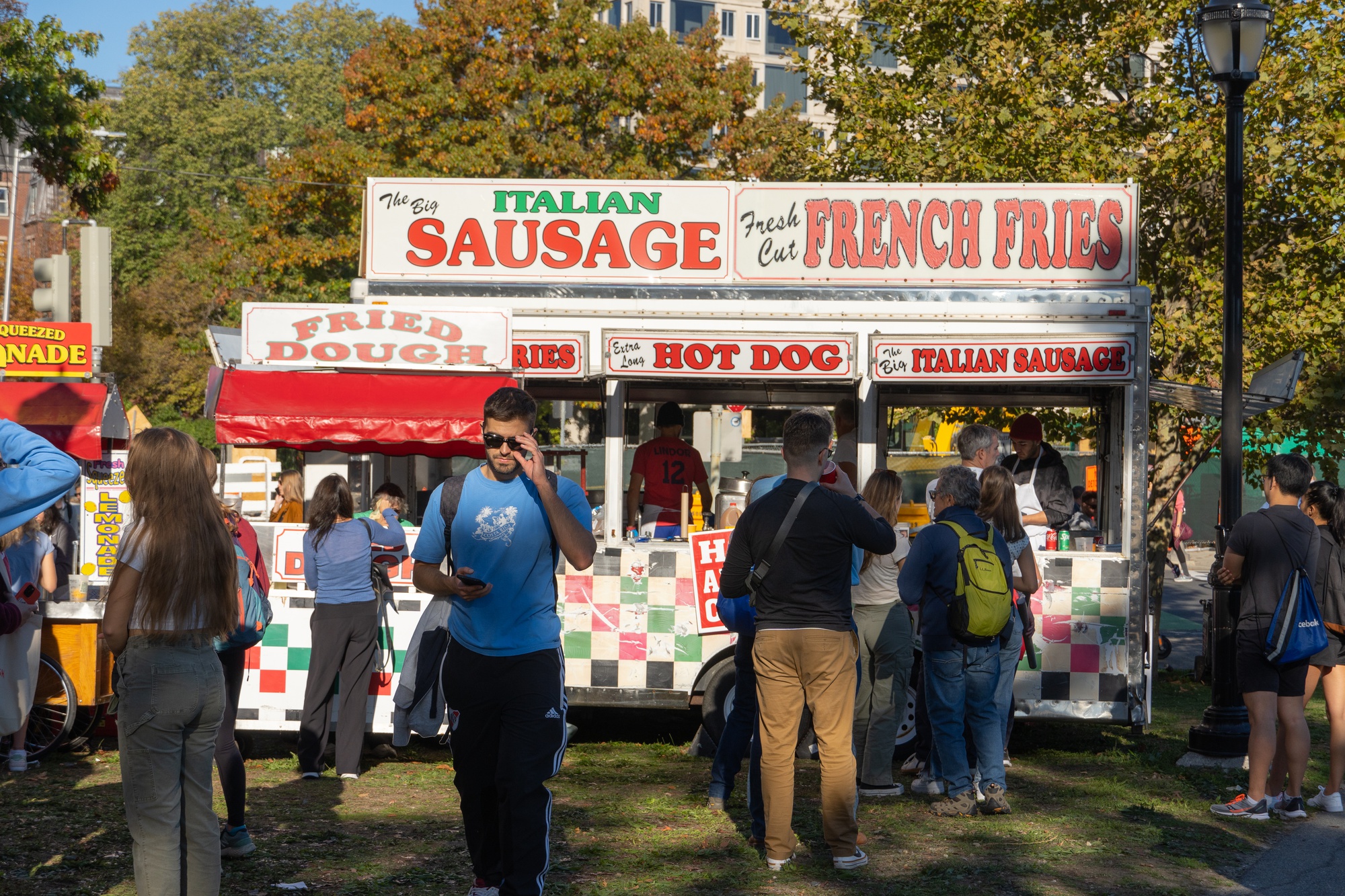 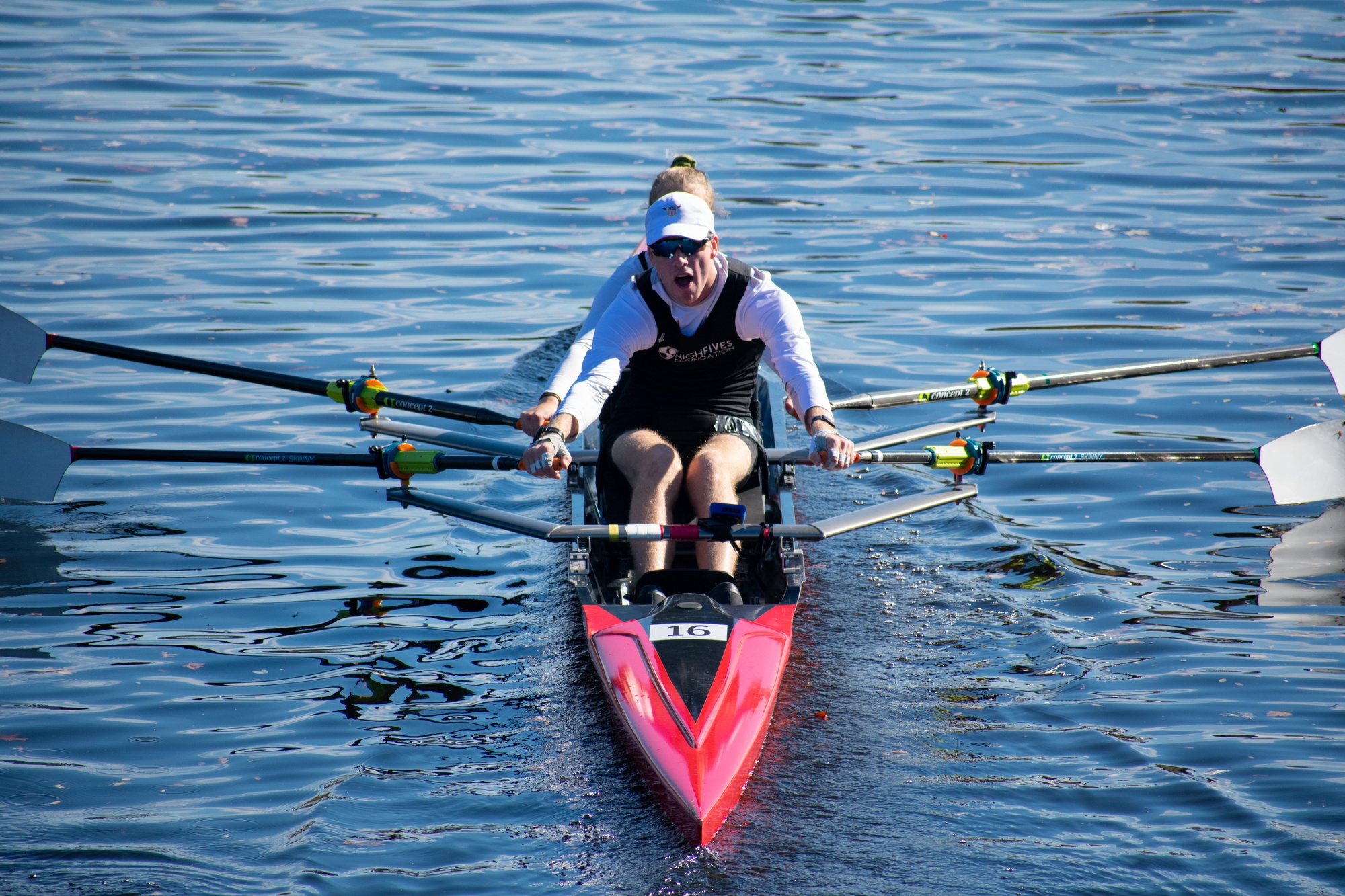 The Head of the Charles is the largest three-day Regatta in the world, featuring competitors of all age groups from around the globe. 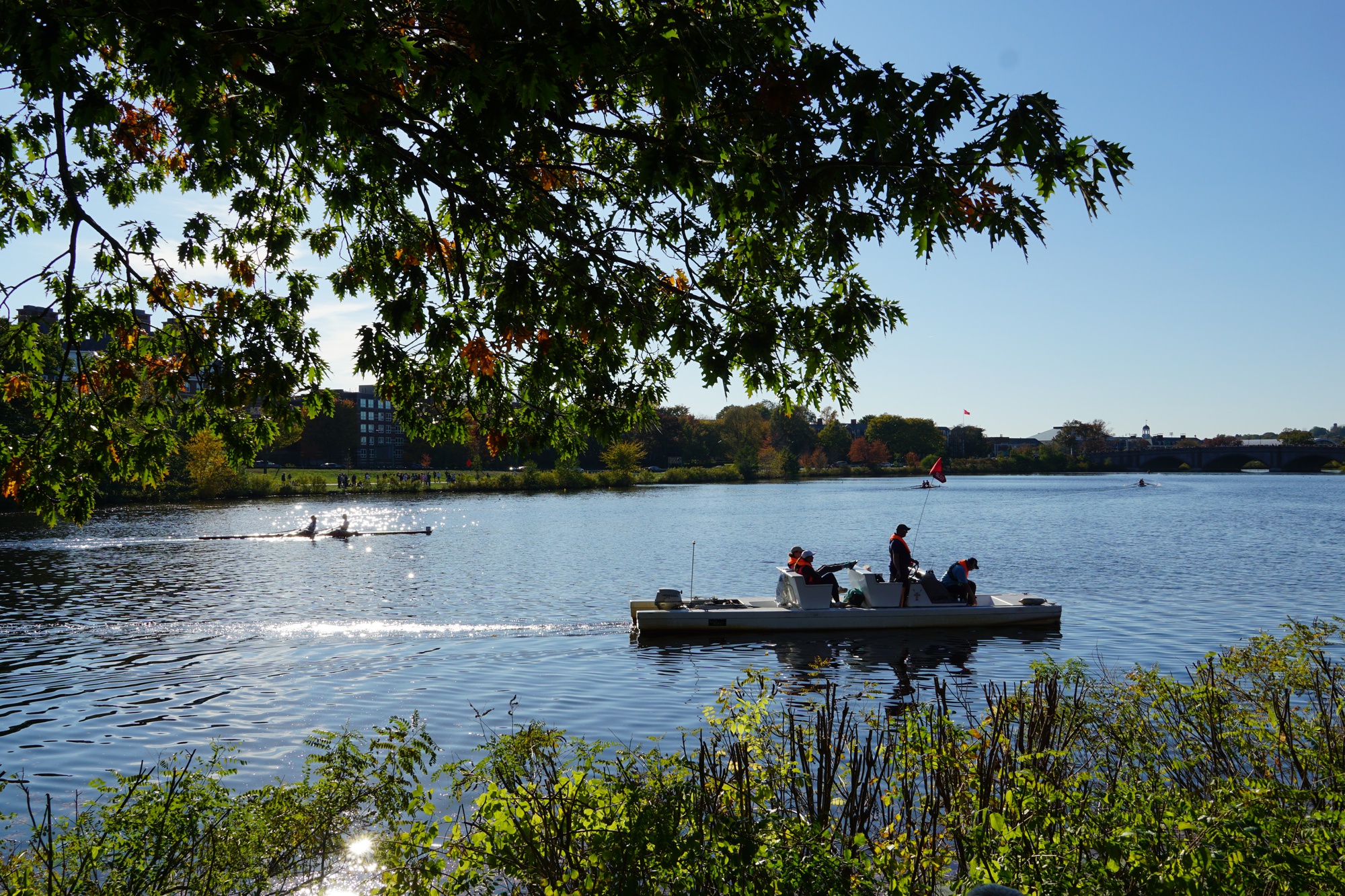 Head of the Charles officials stationed themselves throughout the course. Above, they observe passing rowers from a boat in front of the John W. Weeks Memorial Bridge. 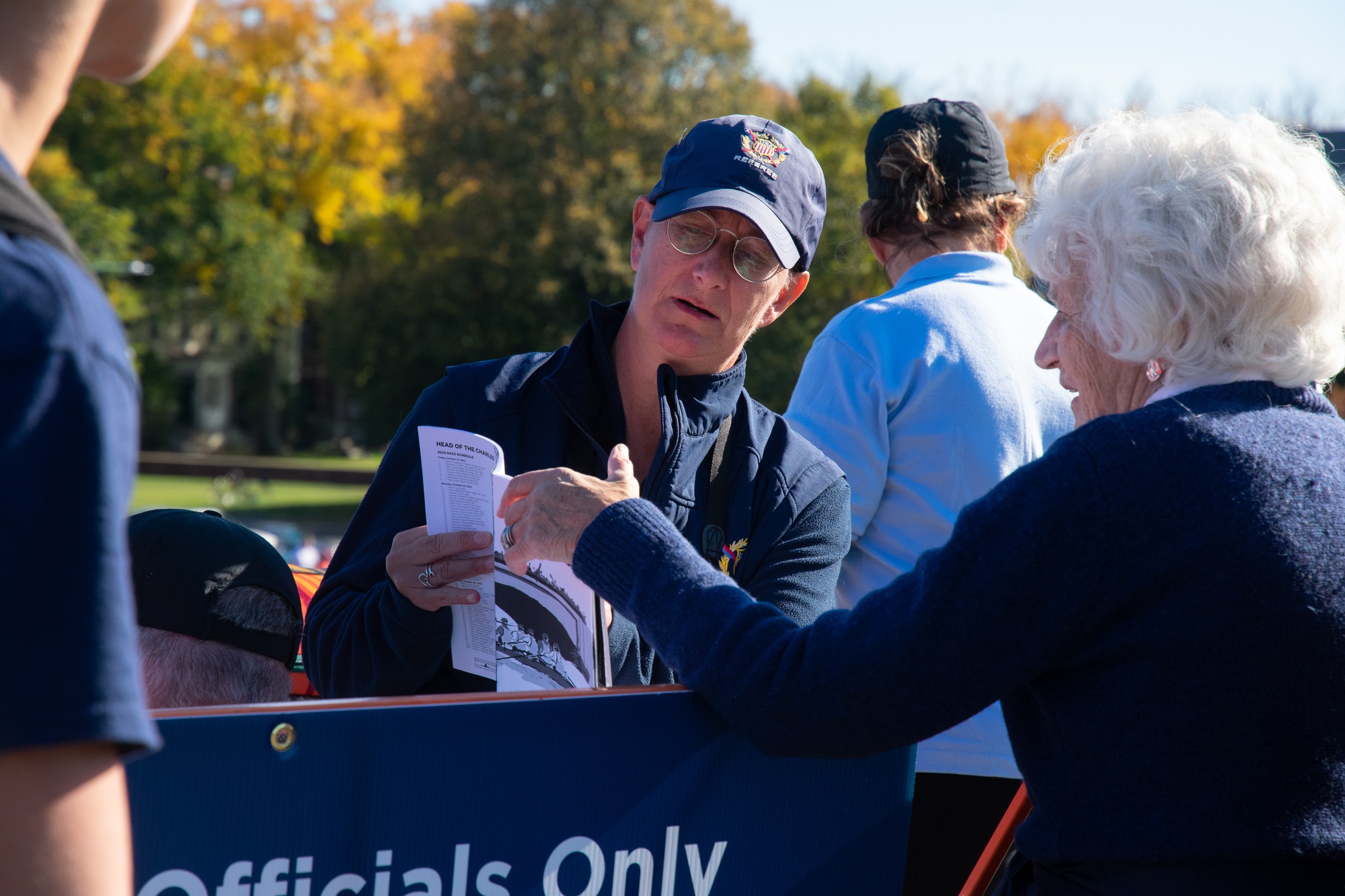 Crowds crammed onto the Anderson Memorial Bridge to watch boats from above, alongside the official group of Head of the Charles referees. 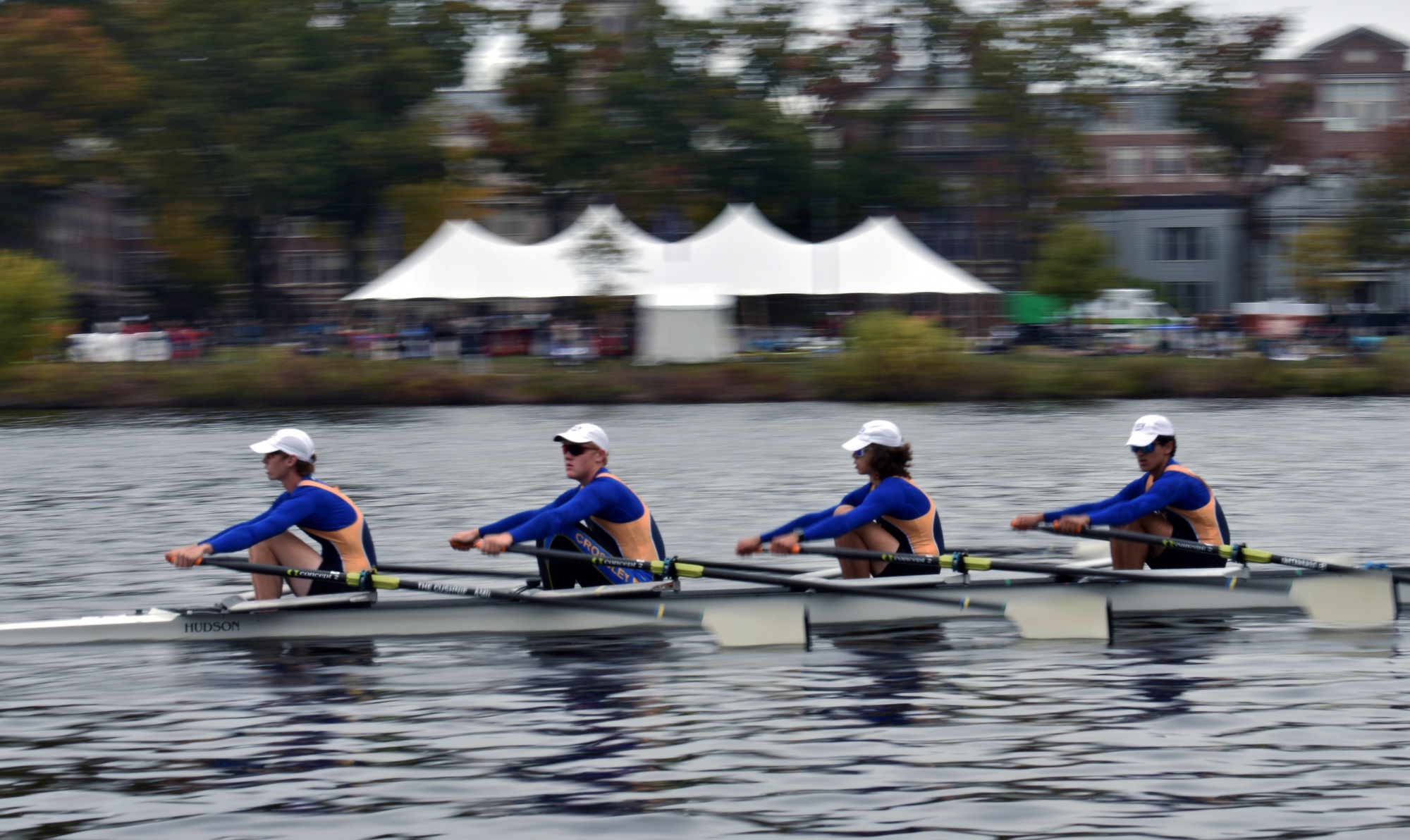 Rowers in a quad scull cut through the water on the last day of the competition, an overcast and rainy Sunday. 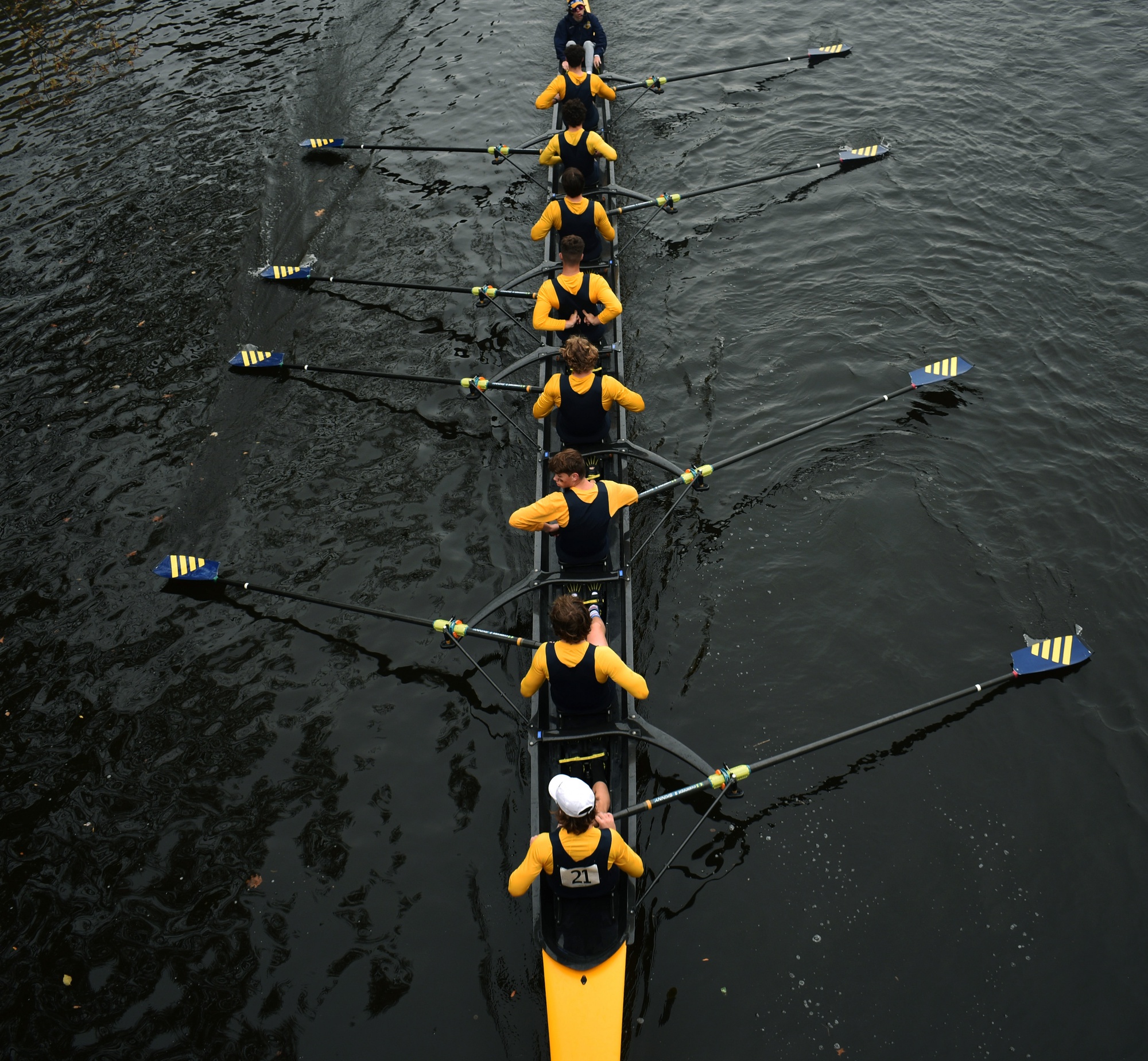 The course contains six bridges that rowers must navigate under. Here, an eight boat emerges from beneath the Weeks Bridge. 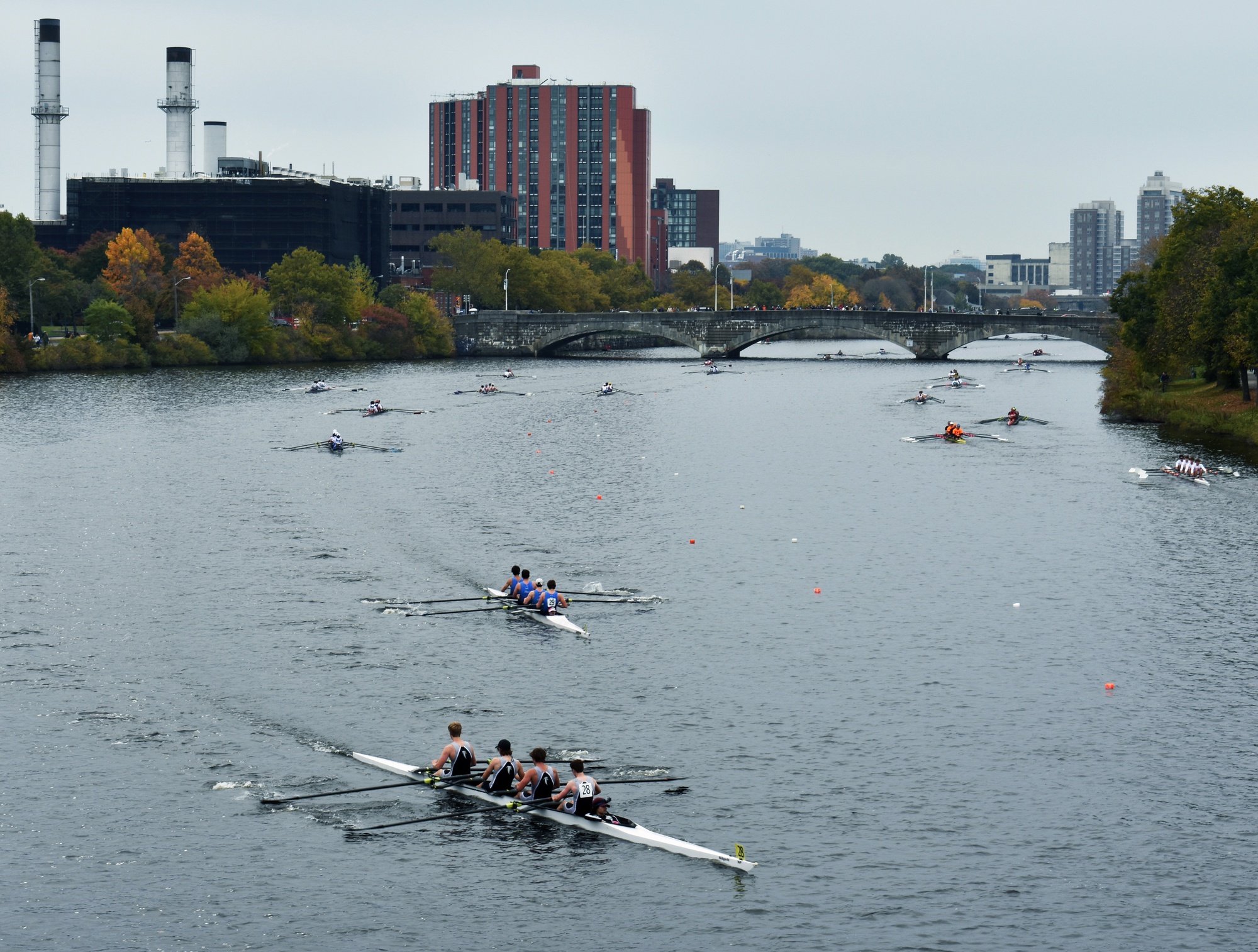 The race begins around the bend from the Western Avenue Bridge, pictured above, at the Boston University DeWolfe Boathouse. The course ends near Harvard athletic complex, just before Northeastern University's Henderson Boathouse. 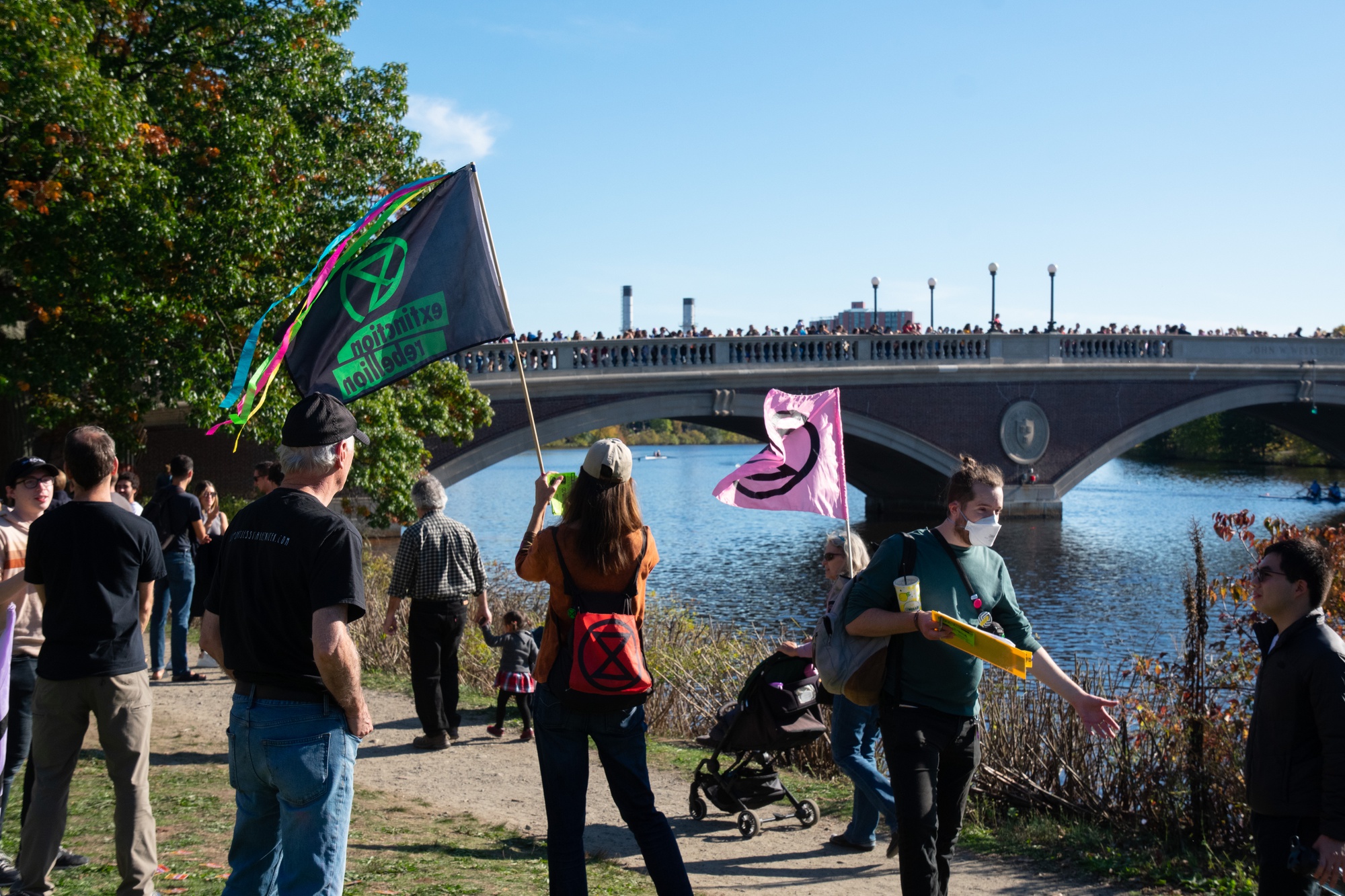 Members of Extinction Rebellion, a global environmental movement, handed out flyers to attendees of the Regatta on Saturday. 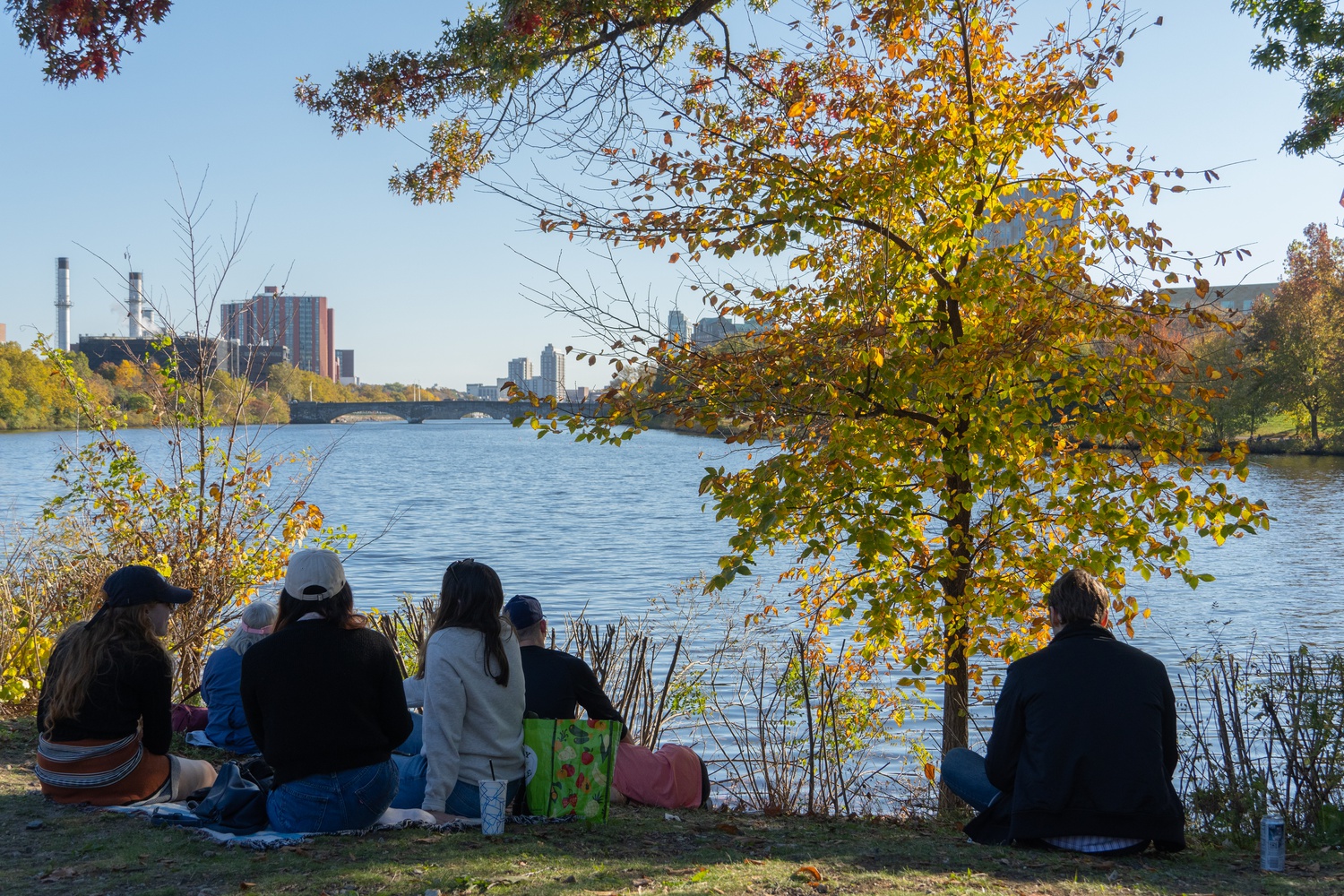 Regatta attendees picnicked by the river on the picturesque Saturday afternoon, lingering even after the end of the races. 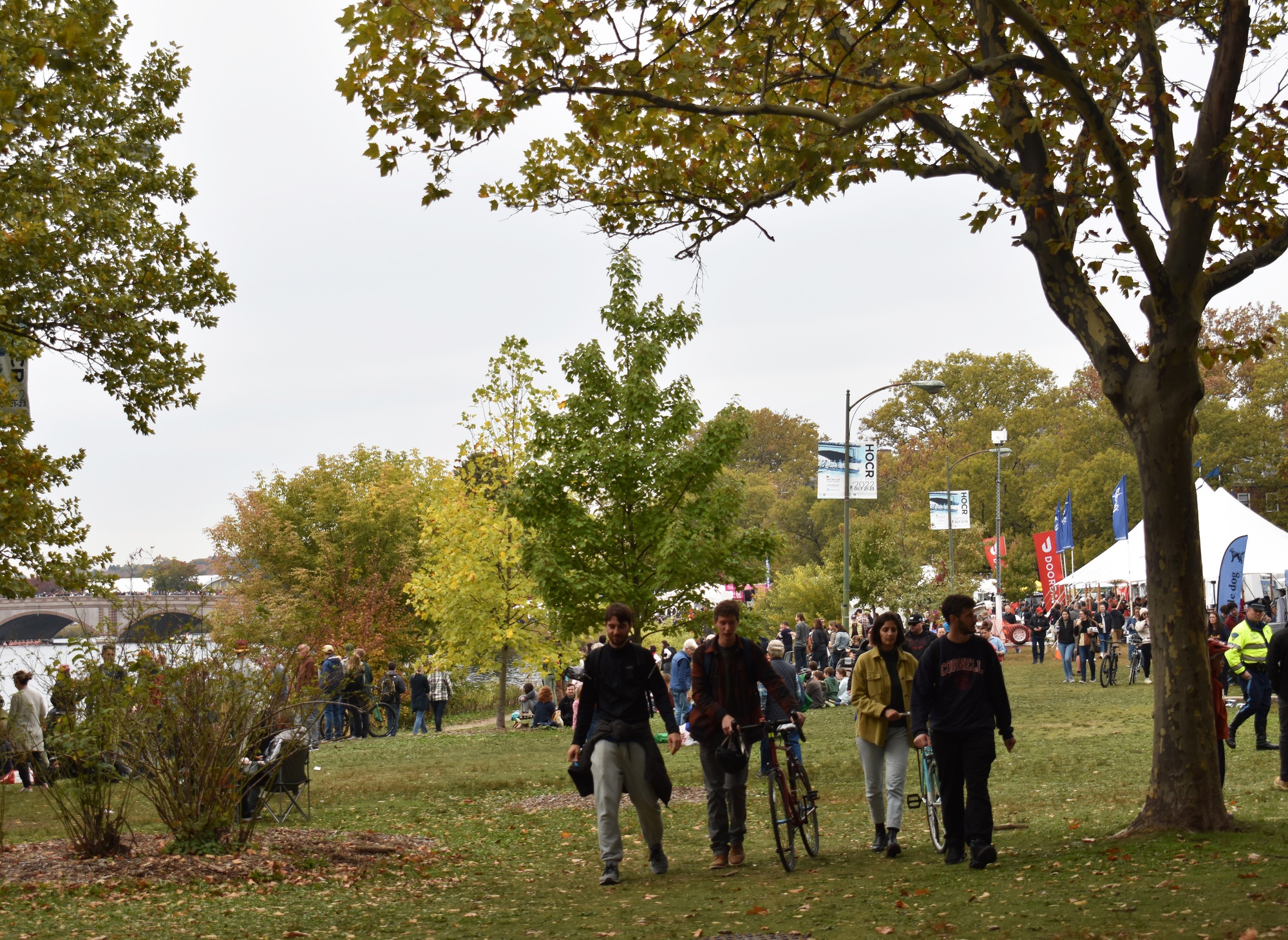 Students walking through Riverbend Park on Sunday afternoon took in the scene.