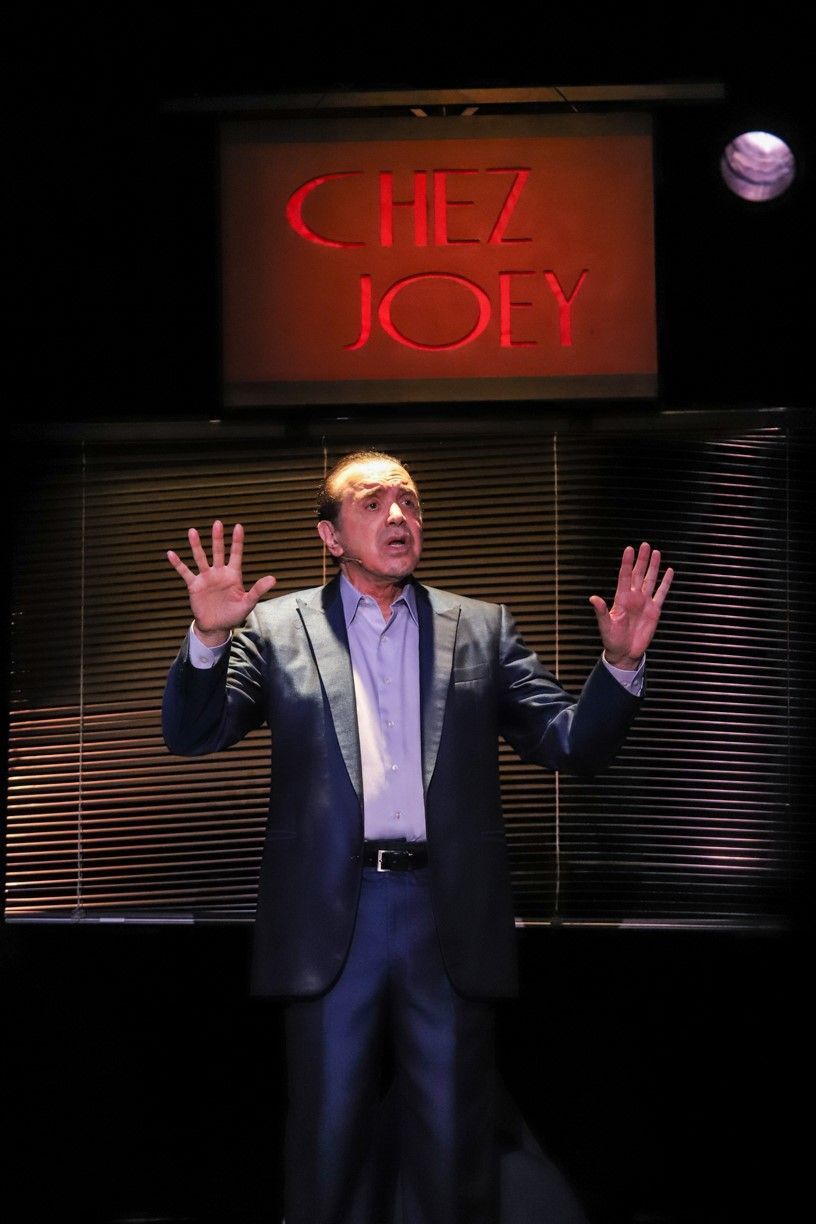 “The saddest thing in life is wasted talent,” but no one could accuse actor and playwright Chazz Palminteri of having squandered an ounce of it. The accomplished multihyphenate brought a revival of his one-man show, “A Bronx Tale,” to the sold-out Emerson Colonial Theater on Oct. 9. The filled seats were an excellent reminder of why “A Bronx Tale” launched Palminteri to superstardom more than thirty years ago.

Since its smash hit stage debut in 1989, “A Bronx Tale” has been adapted into both a feature film and a Broadway musical, but for the revival tour, Palminteri wanted to return to the original staging of the story: Just himself and a single chair. The bare-bones staging of the play, which, following the Boston performance, Palminteri said was a financial necessity at the time of “A Bronx Tale”’s conception, is now the perfect blank canvas for Palminteri’s world of Belmont Avenue to play out upon.

Over the course of the play, which is largely an autobiographical account of Palminteri’s own childhood growing up on the streets of the Bronx circa 1960, Palminteri portrays eighteen different characters: Calogero, a stand-in for young Palminteri himself; his father Lorenzo, a hard-working bus driver; and all of the neighborhood personalities who peopled his young life. Palminteri beautifully captures how an entire world can exist within a block, with its local drugstore, favorite sports team, and — more alarmingly — its resident Mafia boss.

Calogero comes into premature contact with this more sinister side of Bronx life when at the age of nine he witnesses a gangland shooting perpetrated by Sonny, the mob boss of his neighborhood. What follows is a tug-of-war between his working-class father, who tries to keep Calogero on the straight and narrow path of hard work and integrity, and Sonny, who takes the boy under his wing and dazzles him with the intoxicating power and wealth of the criminal world.

“A Bronx Tale”’s story of a working-class, immigrant family is timeless, especially in its portrayal of the factors that push poverty-stricken communities towards crime. As Sonny tells a young Calogero early on in the play, “nobody cares.” Calogero’s world seems to support that statement: The ethnic slurs directed at himself and his loved ones and the continued poverty of his family despite Lorenzo’s constant labor are seemingly insurmountable obstacles that the self-reliant, bootstraps narrative Lorenzo subscribes to doesn’t seem adequate to address. Sonny’s criminal lifestyle presents a far more tangible route to empowerment. Of course, there’s a dark side to this power as well, which comes fully to light once Calogero falls in love with Jane, his African-American classmate, and exposes latent tensions between the Italian and Black communities.

The story of “A Bronx Tale” is so complex and the world so engrossing that it’s easy to forget the story is acted out by just one man. Palminteri is an equally adept actor and storyteller, convincingly recreating everything from the comedic neighborhood interactions he witnessed from his front stoop to the heated arguments and gang-related killings that permeated his life as he grew older. He intertwines these scenes with snippets of 1960s swing music and important developments in the career of Mickey Mantle, which act as somewhat jarring reminders of the protagonist’s youth, despite his proximity to life’s harshest elements.

Though many decades now separate Palminteri from his own days on the front stoop of a Belmont Avenue apartment, he remains close to his roots — a random heckler at the show faced his biting comebacks, and he was not afraid to defend the New York Yankees to a somewhat hostile Boston crowd. Palminteri ended the production with an encouraging message to all underdogs, delivering a touching speech relating the story of his own winding path to Hollywood success, and finishing with a restatement of his father’s advice: “The saddest thing in life is wasted talent.”

Despite the seductive power of the Mafia, the lessons of Palminteri’s honest, self-sacrificing father ultimately triumphed both on the stage and in life, and “A Bronx Tale” is a glittering tribute to people like Lorenzo who tirelessly strive for a better life for themselves and the ones they love.