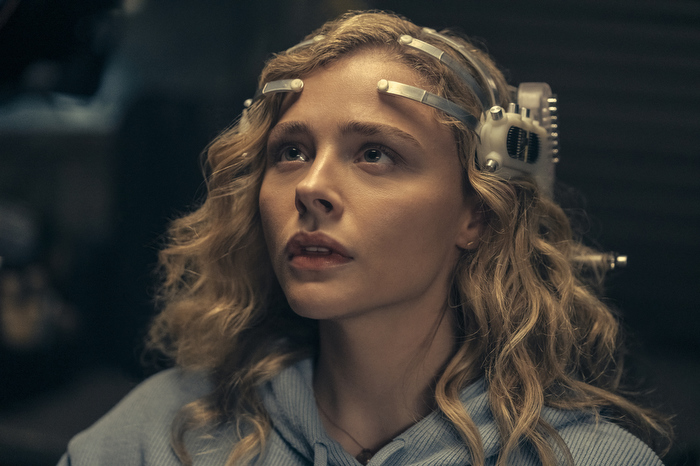 The first episode of Amazon Prime Video’s “The Peripheral,” which premiered on Oct. 21, succeeds in drawing viewers into its mysterious, ill-fated, high-tech world. The show’s pilot finds the perfect mix of action and cliff-hangers to provide enough for an enjoyable experience while raising burning questions that must be answered by watching more.

The pilot opens in a strange, futuristic world in 2099. There seem to be pirate ships fighting on a lake and huge towers in the skyline. The audience is introduced to a man and a little girl named Aelita who has some unexplained power. She tells the man, Wilf (Gary Carr), that she is trying to save a world, but not the one they are currently in.

The time then shifts, jumping back over 60 years to the year 2032. The show's protagonist Flynne (Chloë Grace Moretz) lives in a dusty, small town with her ailing mother (Melinda Page Hamilton) and her brother (Jack Reynor), who makes money playing virtual reality video games for rich people. They live in a realistic and modern rural society with the addition of some futuristic technology, especially in the video games. Flynne is especially good at these games, often playing for her brother under his name.

The show’s action kicks off when Flynne’s brother brings home a new virtual reality system that plugs directly into the player's head. Flynne enters the virtual world to earn money, but finds it to be much more exciting than she imagined.

The world inside of the game is exciting, fast, and sleek, pulling the audience into its glossy action and fascinating world full of robots and espionage. The world in the game is not explained. Presented simply as a series of tasks dealing with espionage and deceit, the game features robots that materialize out of thin air, adding toits mystique and rendering it an addictive pastime. Flynn soon finds herself at a party in a mansion filled by the rich and powerful; here, the show entices the audience with stunning visuals that feature a myriad of intriguing characters.

Intrigued by the game, Flynne plays again the next day but finds it totally different. She is confronted with a terrifying and disgusting situation that is difficult to watch, and then gets so hurt in the game that she vomits in real life and is forced to quit. Eventually, Flynne’s present-day reality connects with the pilot’s opening scene, and Flynne is contacted by the man from the future. While the connection between Flynne’s video game and the future is left unexplained in the pilot, its inclusion leaves viewers searching for answers. Moretz’s convincing performance as Flynne elicits empathy about her dilemma, and the pilot’s pacing effectively creates mystery.

Occasionally, the show hits the shadowy connections a little too on-the-nose, which can make its mysteries feel superficial and obvious. Moments that seem initially intriguing when left ambiguous often feel cheesy and pandering when paired with the series’ epic soundtrack and cinematographic choices, like dramatic close-ups and zoom-ins. In one scene, Flynne’s direct discovery when she tells a friend her theories betrays the show’s hand, taking the power out of the interesting, mysterious dynamic it seeks to establish.

Nonetheless, the pilot of “The Peripheral” attracts viewers into a vibrant and action-packed world and introduces the show effectively, leaving questions that feel important and pressing.