SEAS Looks Toward Future Improvements in Diversity and Inclusion 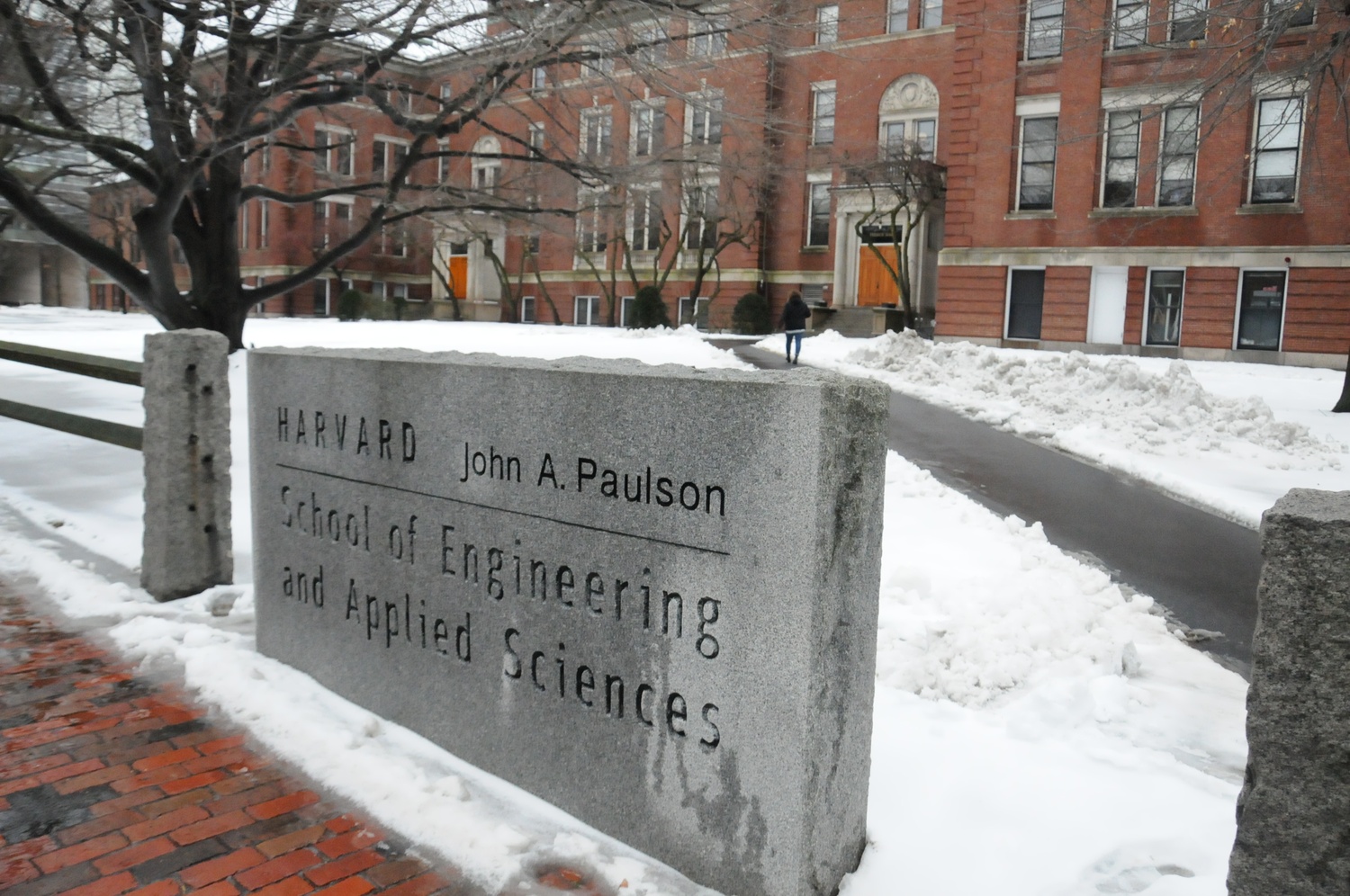 As the School of Engineering and Applied Sciences enters the third year of its five-year Diversity, Inclusion, and Belonging plan and undergoes multiple leadership transitions, students and faculty look toward future progress. By Mia B. Frothingham
By Felicia He and James R. Jolin, Crimson Staff Writers

As the School of Engineering and Applied Sciences enters the third year of its five-year Diversity, Inclusion, and Belonging plan and undergoes multiple leadership transitions, students and faculty look toward future progress.

SEAS announced its DIB plan in 2019 in a report drafted by the Committee on Diversity, Inclusion, and Belonging. Alexis J. Stokes, then-assistant dean for diversity, inclusion, and belonging, led the team before departing SEAS in December 2021 to assume the position of Harvard’s associate chief diversity and inclusion officer.

One of the committee’s priorities was developing an interactive DIB dashboard that would enable SEAS to effectively diagnose disparities, according to the committee’s website. However, leadership transitions delayed the interactive dashboard’s publication, which was scheduled for fall 2021.

“Some of the main obstacles, or some of the reasons the timeline got pushed back, was that we were searching for an institutional research analyst,” Stokes said. “This would be the data person within the SEAS community that would be helping to launch that dashboard.”

Christina Z. Patel, who stepped up as the interim assistant director for diversity, inclusion, and belonging at SEAS last month, said turnover in administrative faculty is part of “the nature of Harvard” and acknowledged that these transitions can “slow some things down.”

Patel lauded Stokes’s work, adding that it “makes absolute sense” that she would transition into the University’s central administration given its desire to standardize the protocols governing diversity, inclusion, and belonging across its multiple schools.

As for who will serve as Stokes’ permanent replacement, Patel said she favors a candidate with previous experience in tackling issues of diversity and inclusion.

“Being able to engage the community and actually participating in some of these efforts I think is something really that — that’s what we would want in a DIB leader,” she said.

Some students still argue more needs to be done to realize diversity, inclusion, and belonging at SEAS, following a 2018 climate survey that revealed 27 percent of students at the school had experienced discrimination or harassment. Patel said one of her goals as interim assistant director is to administer an updated SEAS climate survey.

Isaac A. Robinson ’23, a fellow in the Office of Diversity, Inclusion, and Belonging, said that SEAS faces many of the same challenges as its peer institutions. He added that he has experienced firsthand the school’s lack of representation.

“It’s sometimes strange to look around, especially my advanced courses, and see that I'm kind of the only person that looks like me there,” Robinson said. “That is something that I would like to see change.”

Another fellow, Shi Le Wong ’22, said that she got involved in DIB at SEAS after “poking around” the SEAS website and later applied to be a fellow when she saw it publicized over email.

“Before I became a fellow, I was definitely not aware of the various channels through which this kind of work was being done,” she said. “Various channels in which I could be heard.”

Soyoun “Soy” Choi ’23, who serves as president of the Harvard Society of Women Engineers, said she has not personally experienced discrimination but has heard anecdotes from members in her organization surrounding professors making “hurtful” remarks about the lack of female students in engineering courses.

“I feel that it’s not with malicious intent,” Choi said. “It comes naturally to them. They might feel like they are stating something obvious, but it puts a lot of pressure on minority groups.”

Manciana Cardichon ’23, vice president of the Harvard Society of Black Scientists and Engineers, said there is “definitely some room for improvement” with regard to diversity in SEAS faculty and advising.

Cardichon added that she hopes the next assistant dean will empathize with the unique experiences and challenges minority students face.

“One of the most important things in terms of traits is just empathy, being able to understand where we are coming from as Black students in STEM and understanding that our experiences have another layer to them because we’re Black,” she said.

“While we are proud of the important steps we have taken and progress made toward becoming a more diverse and welcoming community, we recognize that there is much more to do,” he wrote. “In fact, this work will never be done.”