Harvard Says it is Not Directly Invested in Russian Companies, but Previous Donations Draw Scrutiny 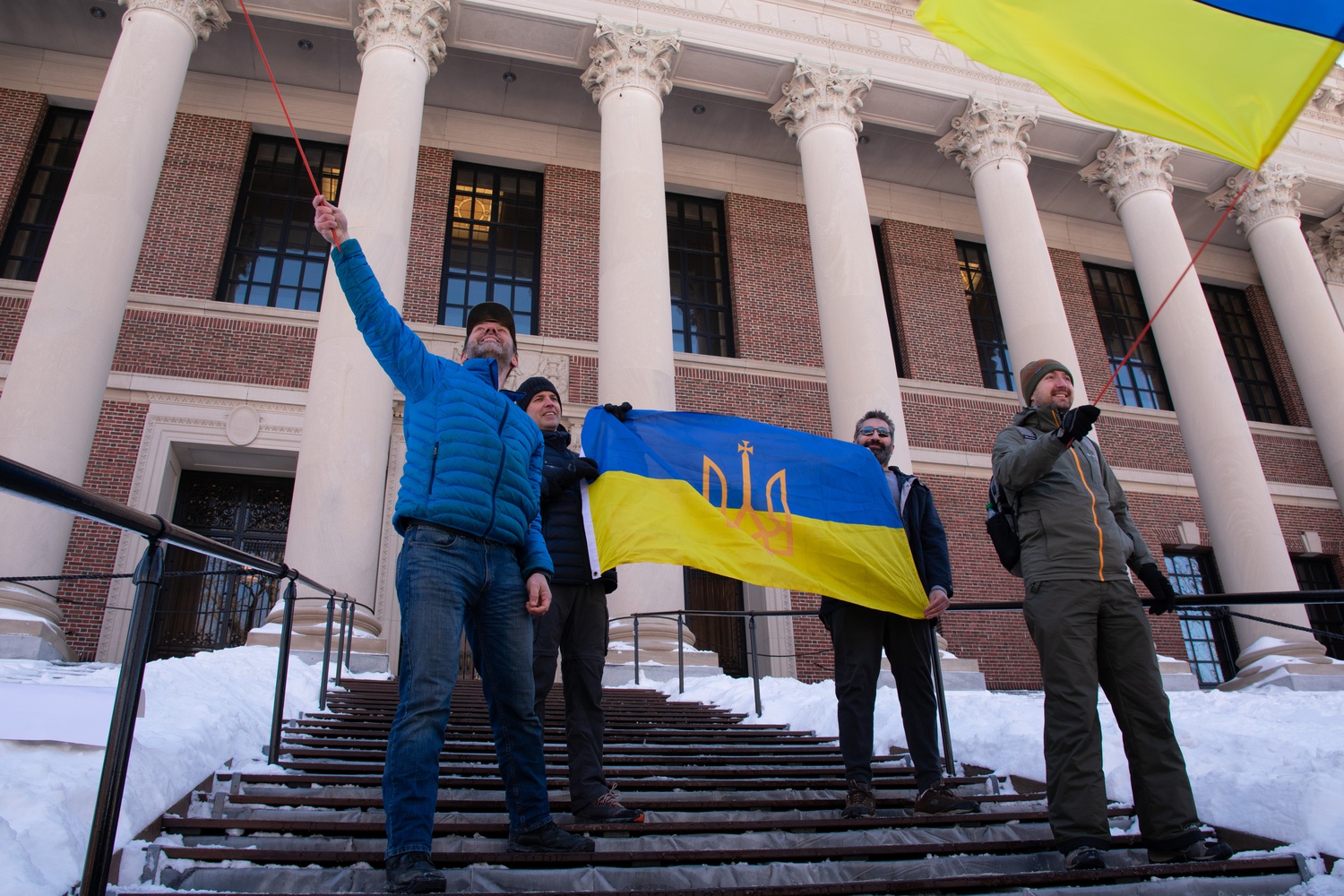 Harvard does not hold direct investments in Russian companies, University spokesperson Jason A. Newton wrote in a statement to The Crimson Wednesday. The proclamation comes as American institutions face widespread calls to divest their holdings from Russian businesses as the country wages war in Ukraine.

The University had previously remained silent on its investments in Russia. A few days after Russia’s invasion of Ukraine, hundreds of Harvard affiliates held a rally supporting Ukraine in Harvard Yard that called on the University to disclose its financial ties to the Kremlin.

Newton wrote that Harvard does not believe it has indirect holdings in Russian businesses.

“Like all investors, we do not have complete transparency into every investment made by third-party managers, but we believe there are no material indirect holdings with Russian corporations,” he wrote.

But some organizations and Harvard affiliates say the University needs to go further in disclosing its financial exposure to Russia.

Emily Channell-Justice, a program director at Harvard's Ukrainian Research Institute, said it is “reasonable to ask universities to be more transparent.”

“It's very interesting — what they've said — that they claim no direct holdings without having complete transparency,” she said.

Some critics have taken aim at donations Harvard has accepted from Leonard Blavatnik, a Ukrainian-born billionaire who sold his stake in a Russian oil company in 2013 for $7 billion. Blavatnik, a citizen of the United States and the United Kingdom, donated $200 million to Harvard Medical School in 2018.

The Anti-Corruption Action Center — a Ukrainian organization dedicated to combating corruption in the country — released a petition urging "all Western institutions to halt all forms of cooperation with Kremlin-connected entities and sponsors.”

A spokesperson for Blavatnik’s company wrote in a 2019 statement to Mother Jones that Blavatnik “has no dealings with the Russian government or its leaders.”

Tetiana Shevchuk, the head of international programs at AntAC, said the organization is utilizing the method of “name and shame” to enact change.

“Writing them in private, asking them, would not make a difference,” she said. “So we're trying to make a momentum at least to name and shame, because in this situation, there are no excuses for very severe war crimes.”

Oleh Kotsyuba, the publication manager at the Ukrainian Institute of Research, wrote that he is “far from satisfied” by the University’s statement, arguing that Blavatnik and other wealthy individuals tied to Russian oligarchs are “laundering their reputations” through their donations to prominent universities like Harvard.

Kotsyuba criticized previous University statements — which describe Blavatnik as a “philanthropist” and his donation to HMS an “unprecedented act of generosity and support” — for omitting the billionaire’s ties to Putin.

Kotsyuba said accepting Blavatnik’s money “damages the moral standing of the University,” even though the initiatives funded by Blavatnik’s donations “represent a worthy cause.”

“At least as late as 2014, Harvard University should have removed Blavatnik’s name from all of the above initiatives and re-dedicated some of the funds received towards helping Ukrainians and supporting Ukrainian studies at Harvard and beyond,” Kotsybua said.

Russia invaded and annexed the Crimean Peninsula from Ukraine in 2014.

Newton declined to comment on criticisms of the Blavatnik donations.

Harvard affiliates have also circulated a petition in recent weeks calling on the University to support Ukrainian students and condemn Russia’s actions.

Georgiy Kent ’22, who helped publicize the petition, noted that the statement asks for support for Ukrainian Harvard students, “as well as disclosure of potential financial connections with Russia.”

Some Harvard affiliates have expressed appreciation for shows of support from students and faculty. In remarks last week, University President Lawrence S. Bacow decried the “deplorable actions of Vladimir Putin” that “put at risk the lives of millions of people and undermine the concept of sovereignty.”

“Institutions devoted to the perpetuation of democratic ideals and to the articulation of human rights have a responsibility to condemn such wanton aggression,” Bacow said.

Ilya Timtchenko, a Ukrainian Harvard Kennedy School student and founder of the Ukraine Caucus at HKS, said he wants Harvard to be “a school of principles and dignity as it preaches.”