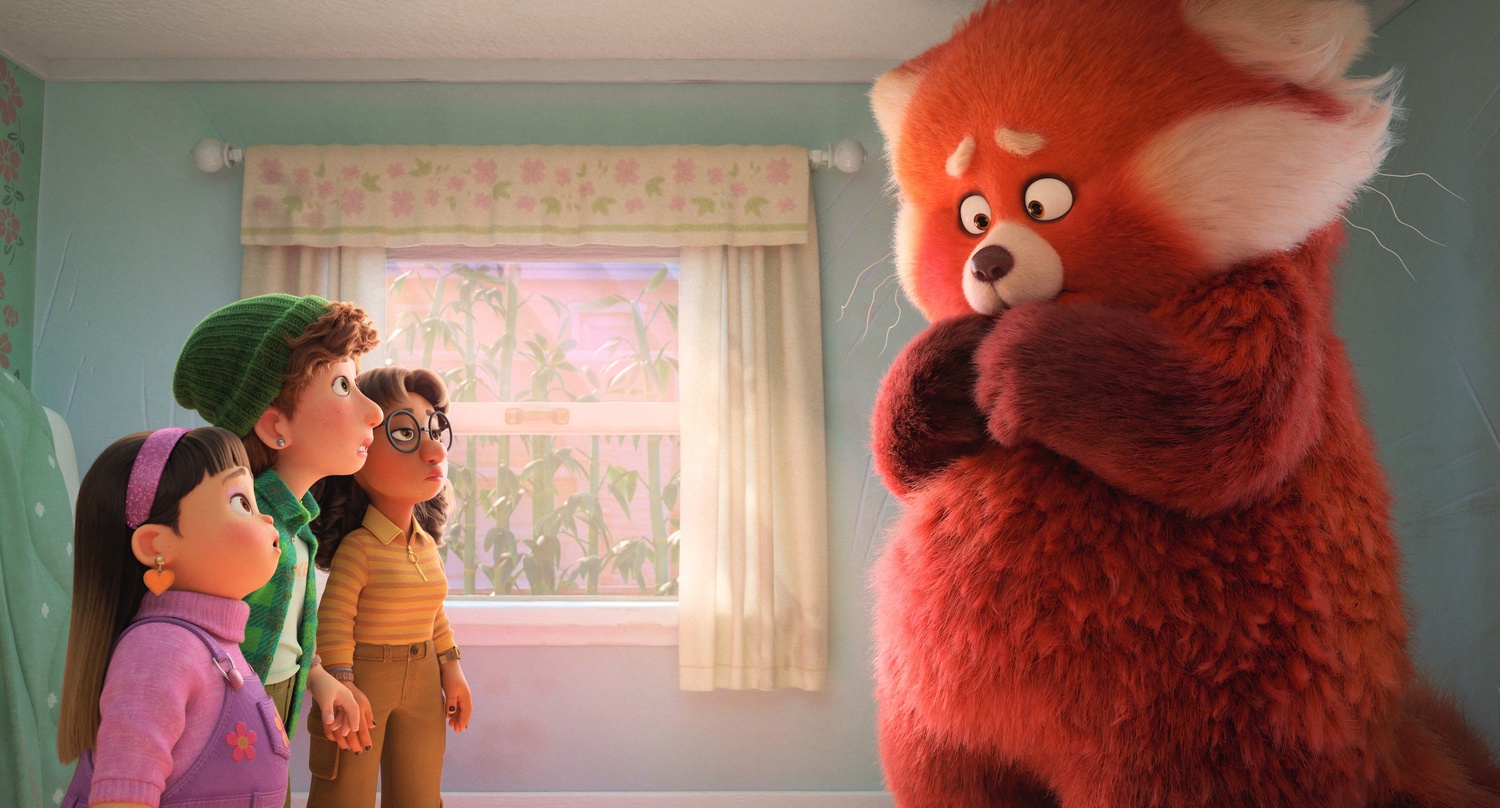 “I can’t be like this forever — my whole family would freak! Especially my mom… all her hopes and dreams are pinned on me.”

As she makes evident in this line, Meilin “Mei” Lee is nothing short of her mother Ming’s whole world. The tight-knit relationship between the two is undoubtedly at the center of “Turning Red,” a film which largely confronts how the connection between Mei and Ming changes as Mei prepares to enter her teen years. It quickly becomes clear, though, that this trope of strained familial relations pertaining to adolescence has been tackled all too often in pop culture. Pixar itself has told countless stories that grapple with the difficult dynamics of childhood — “Finding Nemo” follows the journey of an overprotective father; “Toy Story 3” explores the sense of finality that comes with going away to college; and the short film “Bao,” helmed by “Turning Red” director Domee Shi, is largely a metaphor conveying a mother’s reluctance to let her son grow up. What ultimately sets “Turning Red” apart is its unabashed confidence in a unique visual style. With excellent color symbolism, thoughtful anime-inspired facial expressions, and careful attention to its characters’ each and every movement, the clever visual techniques utilized in “Turning Red” make an already strong story truly great.

In many ways, the clever color contrast between Mei and Ming is what drives the story. As is foreshadowed early in the film, Mei’s central conflict arises when she is troubled by an ancestral condition that turns her into a gigantic red panda every time she displays too much emotion. While the volatile panda can be easily drawn up as a metaphor for the uncontrollable nature of puberty and the development of personal identity, the color usage in “Turning Red” continually makes this metaphor far more intriguing. Even before Mei first turns into the panda, the fiery, unkempt essence of this beast is heavily implied to represent who she is as a person, as she dresses in red and exhibits a flashy and shameless tween personality.

Mei’s color scheme is directly juxtaposed with that of Ming, whose wardrobe of mint and emerald greens represents the orderly, principled environment Mei has grown up in. Fittingly, Mei’s bedroom is predominantly green, showing just how curated her childhood experience has been. Mei also wears a green pin in her hair throughout much of the film, preserving a certain sense of tidiness and demonstrating that Ming’s desires are literally “pinned” on her, as Mei directly says.

The strongest implication of the film’s color contrast comes near the end, when Ming, in a fit of rage, morphs into her own version of the red panda she encountered in her childhood. What’s different about Ming’s panda, though, is that it is hundreds of times larger than Mei’s, communicating that keeping one’s emotions pent up makes them all the more difficult to manage when they are finally unleashed.

The frequent depiction of unfiltered emotion in the film is captured beautifully by a stylish, anime-inspired handling of facial expressions. Every intense emotion is exaggerated by a particular focus on the appearance of a character’s eyes. For instance, characters’ pupils are extremely tiny when they are scared, as is particularly evident during the scene in which Mei first turns into the panda and proceeds to scream at Ming; her pupils immediately shrink to a near-invisible size, craftily demonstrating just how much she fears Ming’s reaction. By contrast, a character’s pupils are often massive and swelling with tears when they look at something they love, as is showcased when Mei gushes over a cute boy in the hallway at school. Beyond just revealing emotion, though, the unique facial expressions are often used as an operative tool to reveal less obvious facets of a character. For instance, though Ming’s pupils characteristically appear normal throughout much of the film, they shrink to become incredibly tiny when she is on the phone with her own mother, peeling back an unforeseen layer of her oft-composed persona.

The film’s confidence in its style is perhaps most evident in the ways its characters move, as the bond between characters is often exhibited in the synchronicity of their motions. This coherence is encapsulated in one sequence during which Mei and Ming clean their family’s temple and host guests; they move in the exact same way as they sweep the floor and, once their guests leave, lean against opposite sides of the door and wipe the sweat from their foreheads in perfect symmetry. In a similar fashion, Mei’s motions are also perfectly in sync with those of her three best friends: in a scene during which the four admire a boy they think is cute, they all peek out from behind a wall at the same time, four heads vertically stacked atop one another. Similar to with the exaggerated facial expressions, the film’s focus on movement is both independently robust and has larger narrative implications. Mei’s synchronous movement with both Ming and her friends represents the idea that she has strong ties to each, and that she is at a point in her life where she often has to choose between the two.

The best attribute of “Turning Red” is that it isn’t visually appealing just for the sake of it. While the story and visual style are both independently strong, the film’s ability to use its visuals to seamlessly build upon its plot is what really makes it excel — the result is something very different from anything Pixar has done before. By the end of the film, Mei is able to stay true to her burgeoning identity while also making peace with the transformed nature of her relationship with Ming. Still, when Ming questions Mei’s decision to go out in public with some of her panda features visible, Mei responds by saying, “My panda, my choice, Mom!” It ultimately seems that some small kinks will remain in the relationship between the two, and that matters between parent and child aren’t totally resolved — but are they ever?